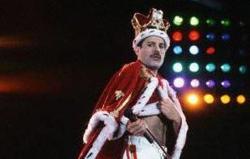 Right, those green things? That's whale timber. Heck, go read the review - were not saying exactly what those are in this caption. Photo: Scholastic

A PLUCKY little girl named Violet, her vertically challenged (like his Biblical namesake) best pal Zacchaeus, and a learned but neurotic young chicken named Elliot are the unlikely but lovable heroes of this sprawling, oddball space opera.

Coming from multiple Harvey and Eisner winner Craig Thompson, this 2015 effort is starkly different from his most recent work prior to this – 2011’s Habibi – and is certainly aimed at a younger audience.

But Space Dumplins (the title has to do with Moby-Dick, apparently, a reference to the robust dumplings served on the whaling ship Pequod) can be enjoyed by all ages.

It contains evergreen themes of family, sacrifice and a sprinkling of spirtuality in an outer-space setting marked by environmental degradation, relentless exploitation of energy sources, and class divisions.

So we have all these worker colonies set up around dumpsites, harvest zones (we’ll get to that shortly) and the like, and exclusive shiny space cities for the elite.

The heroine’s mum is a fashion designer who works for an uptight and prissy boss who suddenly decides to promote her to add some “working class flair” to his creations; her dad is a lumberjack, who harvests timber – though what passes for timber in space is not wood, but space whale poop.

They are, of course, a highly potent energy source, and it seems like almost the entire economy of this strange spacescape revolves around giant space mammal turds. Uh-huh. Yup, I’ll just leave this right here.

When Violet’s dad vanishes during a mission, and a sudden system-wide surge of space whale diarrhoea threatens to engulf – well, the whole system, she and her pals decide to head out into danger to save him because ... well, no one else will.

Right, those green things? That's whale timber. Heck, go read the review - were not saying exactly what those are in this caption. Photo: Scholastic

As a road trip story, Space Dumplins is probably one of the most outrageous outer space adventures I’ve come across since, like, forever.

And as a tale of friendship, family bonds and acceptance of one another because of what makes us different – whether it’s appearance, attitude or “ethnicity” – rather than in spite of it, this is a really good book to get your kids into.

At more than 300 pages, it’s certainly a hefty chunk of reading pleasure to devour.

The allegory over environmental degradation and all-devouring energy companies might get a little heavy at times, and some developments are a little too deus ex machina to be convincing.

Some of the more outlandish concepts seem to have come straight out of a European graphic novel – something by, say, Alejandro Djodorowsky – although that only adds to the brash creativity Thompson displays throughout.

The overall effect of this book is that it spins an engaging story you can get swept into and whisked away by, so much so that ultimately, you may find yourself lamenting that it’s over too soon.