Is there any person who withdrew from the frontlines of Malaysian politics three decades ago and whose voice still carries considerable weight today? Besides Tun Musa Hitam, probably no one.

That’s because, in Malaysia, people do not leave high office in the same manner: he resigned as Deputy Prime Minister in 1986 because his integrity was questioned, not out of duress, scandal or power games. That momentous decision, plus Musa’s distinguished service record and astute mind, continually win him respect, appreciation and relevance – and sometimes wistful regret for what Malaysia could have been, had he stayed in politics and reached the pinnacle.

Over the years, much has been said about Musa by other people, although he hasn’t held nor sought a channel to project his side of the story. Now, to set the record straight and to recount his life, work and thoughts, Musa has written Frankly Speaking. It is a personal memoir but the book also illuminates our collective memory of political events and indicates how we got to the present quagmire. On the big problems confronting the nation today, many of us will surely welcome frank observations rather than feel-good platitudes.

The book narrates the events and people that shaped Musa – his character, ethos and convictions. His capacity and confidence to think, reason and debate were honed from his schooling days in Johor Baru and at the University of Malaya in Singapore. As a student, he was already posing tough questions to then Prime Minister Tunku Abdul Rahman. In 1959, after a brief but formative overseas stint with an international student organisation, Musa began working as an Assistant District Officer in the Ministry of Rural Development.

This role initiated him into the worldly nexus of government and business, where poverty, bribery and corruption opened his eyes and probed his conscience. Such challenges, and more, would be magnified when he entered politics in 1964. How eventful that would be. He started out as political secretary to Transport Minister Tun Sardon and got immersed in Umno as executive secretary. He was then elected to parliament in 1968 and re-elected in the tumultuous 1969 elections, but was excommunicated by Tunku and spent a year in a “political wilderness”.

Tun Razak, taking over as Prime Minister, saw to Musa’s “political rehabilitation”, and from there his ascent was steep.

The book is packed with lively anecdotes and reflections on his experience as Deputy Minister of Trade and Industry, Minister of Primary Industries, Minister of Education, and ultimately, Deputy Prime Minister and Home Minister. He paints a picture of leadership that seems alien compared to the political culture of today, for example, by researching thoroughly before issuing public statements, telling staff to talk back and argue, and admitting mistakes as a sign of courage, not weakness.

Even back then, his style stood out, and brought him into conflict with those who covet deference and unquestioning loyalty. Expectedly, the chapter on Musa’s resignation as Deputy Prime Minister is especially gripping. The event, which swirled with hearsay and presumption, is also something that this book hopes to put to rest.

In short, contrary to Mahathir’s accusation, Musa never plotted to oust him. The intrigue and possible conspiracies are unpacked to some extent but, for Musa, it all came to a head when Mahathir openly questioned his loyalty. Musa stresses that they did not suffer irreconcilable differences, but it is difficult to imagine them sustaining the partnership, given the basic tension between his “liberal, democratic” approach and his boss’s “very autocratic” tendencies. Mahathir wanted “Yes, PM” types; Musa never fit that mould.

This book also seeks to clear his name on the Memali tragedy. In November 1985, followers of Islamic cult leader Ibrahim Libya in the village of Memali (in Baling, Kedah) violently clashed with security forces on an ISA arrest mission, leaving 18 dead. Musa, then Home Minister, has struggled to shake the blame flung at him for this dark episode. He clarifies that he did not authorise force, and in fact instructed the troops to avoid bloodshed.

On these record-straightening matters, this book records Musa’s testimony. His word must be allowed to stand, unless someone can convincingly refute him.

Akin to the way Musa is admired, Frankly Speaking strikes a statesmanlike posture – of a man given to public service and averse to selfish gain. He appeals for us to believe that his contesting the Deputy Presidency of Umno in 1981 was not driven by “personal glory.” Such a self-claim would probably be greeted with cynicism these days, but Musa’s conduct and the measured tone of his writing trace out the profile of a genuine public servant and statesman.

True to the book’s title, Musa writes uninhibitedly on some matters of public interest. He laments the extinction of ideological debate that used to flourish within Umno but got usurped by factionalism behind personalities, a culture of unquestioning loyalty, and the scourge of patronage and money politics.

These changes in the party have unfolded over time, but Musa marks May 13 as a turning point within the party. Since then, he maintains, the quest for power became the dominant motivation, by whichever means. Musa asserts the need to stem the “erosion of tolerance in public conduct” and decries the lack of firm leadership “unable to take on detractors democratically”. On corruption, well, there are the obvious limitations to combating the menace when “many of those who claim to oppose corruption are themselves practitioners”.

Looking forward, as well, his outlook gives pause for thought. On the whole, though, Musa sketches out three scenarios: becoming a developed society, muddling through, or declining into a failed state. In line with the book’s recurring dour themes, he currently views Malaysia as “heading in the direction of the failed state scenario”.

Frankly Speaking leaves us much to absorb and ponder. May the book be widely read, and spur bold, open and candid conversations on how Malaysia truly is and where we really should be. 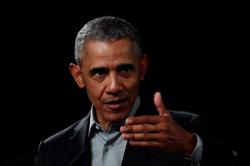 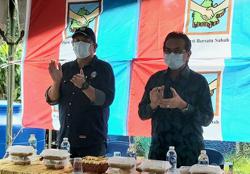 Sabah polls: Musa says crucial for state govt to be aligned with federal administration when campaigning for GRS