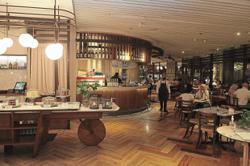 The brand’s sashimi is cut into very thick slices and is incredibly fresh and velvety soft. — Photos: ART OF SALMO

As children growing up in the town of Sungai Petani in Kedah, Phyllis Teh, 32, Lavra Teh, 28 and Chee Hau Teh, 25, formed a deep affinity with seafood, forged by their father Teh Yan Soan, 64, who was a fish wholesaler.

“Growing up, we always got the freshest fish in the market so my siblings and I became very particular about the freshness and taste of fish and even now, we can instantly differentiate between farmed fish and wild-caught fish,” explains Chee Hau.

In 2019, Phyllis decided to start an online delivery business called Art of Salmo focusing on Norwegian fjord trout. Initially she started the business with a friend who bailed halfway through. Thankfully, Phyllis’ siblings came to her rescue and the three now run the business together.

“It was a huge challenge for me to handle the whole company. So when my family stepped in, they helped me so much that this eventually became a family business,” says Phyllis. (From left) Chee Hau, Phyllis and Lavra grew up surrounded by fresh fish and have now started an online business specialising in Norwegian fjord trout.

So why Norwegian fjord trout? Most Malaysians are familiar with Norwegian salmon, but trout doesn’t quite have the same ring to it. But in that regard, Phyllis and her kin believe they are on to something very special.

“The three of us are really in love with trout, which is why we chose it over salmon, because we believe that it is something the public will love too.

“Also trout has a brighter orange hue while salmon is paler, so many people think it is not fresh. Trout is also rich in Omega-3 fatty acids and has a very buttery taste,” says Phyllis.

The siblings get fjord trout flown in every two days from Norway and work hard to ensure that the fish that is delivered to customers is fresh. They also specifically chose Norwegian farmed trout because it is heavily monitored and as a result is parasite-free. 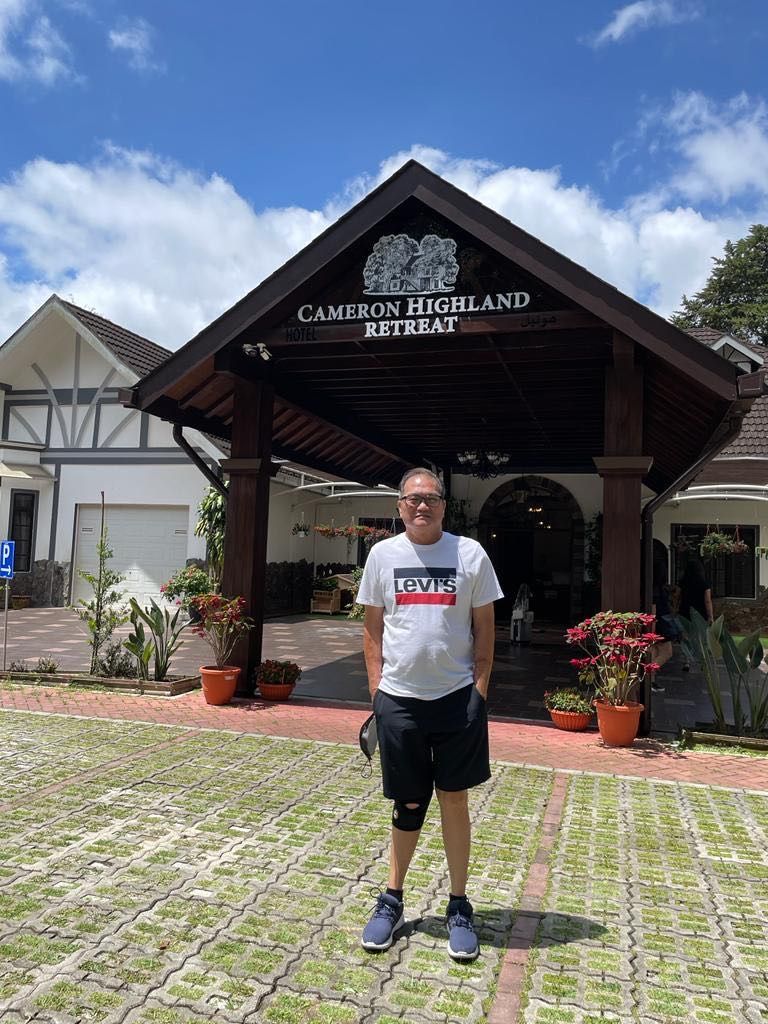 The elder Teh was a fish wholesaler who taught his children the fundamentals of fresh seafood and is now very proud of their online endeavour.

In terms of devising the menu, the siblings have put together a diverse, curated list of trout-centric items from sashimi to marinated fillets to trout “cakes”, cupcakes and spreads.

There has also been a concerted effort to introduce more Malaysian-themed items onto the menu.

“Right now, when people consume trout, they only put salt and pepper to cook it, so we have tried to introduce more Malaysian-style flavours, like tempoyak trout, kicap hitam trout and we also have the Sarawakian dish of umai using trout!” says Phyllis.

From what’s on offer, definitely try the Sashimi (RM195 for a large portion). Here, you will discover nearly 1kg of trout, cut into corpulent, thick slices. On the side is plenty of wasabi and shoyu to pair it with.

“Each slice is incredibly fresh and chunky with a smooth, velvety undertone. This is the sort of meal that is likely to inspire sonnets on the seductive powers of erm, fish.

Up next, have a go at the Mo-cake (RM99). Essentially a five-inch cake made up of rice, plenty of trout slices and pickled beetroot for crunch, this could serve as a huge sushi, an indulgent treat or an actual birthday cake for someone who loves sashimi enough to want to eat a sashimi cake.

The entire concoction is topped by a tube of truffle shoyu which you can pour dramatically over the ensemble.

Cut yourself a wedge and dig into the wondrousness of fat, fluffy slices of fish juxtaposed against rice and the truffle shoyu which adds an elegant, opulent aftertaste to this carnal pleasure. The brand's sashimi is fat, fleshy and incredibly fresh.

The Mo-Happy Box (RM89.10) is essentially a box of aquatic treasures, split into what at first looks like four cupcakes.

Each variation offers different sea elements. Of these, the highlights of the box are the rainbow cube, which is essentially stuffed to the brim with trout cubes, tamago (Japanese omelette), crab sticks, edamame and ikura paired with Thai chilli sauce and heaped on a bed of rice in what proves to be a light, riotous affair with a snazzy, slightly spicy element to awaken the senses.

The truffle hotate in the Happy Box is also worthy of your attention and features one large, perfectly plump scallop surrounded by truffle-centric notes. It’s a meal that is decadent yet not over-the-top, largely because the portion is petite and not too overwhelming.

For a slice of something from the local culinary repertoire, have a go at the Umai Marinated Sashimi (RM22). The Mo-cake is basically a large, decorative sushi cake with a hedonistic slant.

Based on the east Malaysian raw fish dish, here you will discover fat chunks of trout against the backdrop of a sauce made up of calamansi limes, chilli and crunchy onion slices. Pour the dressing over the fish, let it sit for a bit, toss together and enjoy the raucous, punchy flavours that come together on your palate. This is a true treat for the senses that also very successfully taps into the rich Malaysian culinary tapestry.

Finally, for a trout experience like no other, you might want to experience the Smoked Salmo Cheese Cake (RM55). This four-inch beauty is exactly as advertised – a cheese cake with smoked salmon in it! While this is likely to raise the eyebrows of sceptics and non-believers (I was one too!), this is a surprisingly good combination.

The cheese is creamy with a refreshing citrus element and the crushed Oreo base adds a lovely sweet bite, while the bits of fish scattered throughout offer light savoury notes that are actually really pleasant in this concoction. It’s one of those meals whose conception and description beggar belief, but whose execution far surpasses anything you could have imagined. The Mo Happy Box is a seafood lovers' dream feast.

Moving forward, Chee Hau says he and his siblings are looking at continuing to run the business together and even possibly taking it abroad if an opportunity presents itself. But perhaps the ultimate satisfaction for them is in the pride their father has taken in his children following in his footsteps.

“My dad actually worked very hard in the wholesale fish industry to send us all to college. Eventually he quit his job to set up his own business because he thought there was no future in the fish industry.

“So it’s very interesting that nearly 20 years later, all his kids have gone back to the fish industry! And my dad loves what we are doing right now – he is surprised that we are doing it in a different way by going online, so he thinks it is like bringing new life to an old industry,” says Chee Hau.

Order online from Art of Salmo via www.artofsalmo.com.