Chinese dumplings (jiaozi) are eaten in many parts of China and East Asia. It is synonymous with lunar new year as its shape resembles the ingot used in the days of Imperial China.

Nowadays jiaozi is eaten any time of the year and the varieties are as abundant as their names.

The fried variety is a northern-style dumpling, popular as a street food item.

My first encounter with making potstickers (another name for this dumpling) was when I was studying in the US and a Taiwanese schoolmate suggested that we make jiaozi for Chinese New Year. So we invited several international students over to celebrate the festival and make the dumplings.

As we were frying the dumplings, another friend suggested adding water to the pan.

This method was completely alien to me because I had never seen that done before.

As I was always keen to experiment and try new things, I watched and discovered this half-fried, half-steamed morsel of delight that was crispy and succulent at the same time.

Here’s the recipe that I found best.

It still does not create the lacy “skirt” that I was trying to achieve, but it’s close enough.

It may be because I’m still cautious about the amount of vinegar to use in the batter since I don’t want the taste to be overpowered by its tartness. Do test it out and vary the amount until you are satisfied with the results.

Although the typical vegetable used in the filling is cabbage or Napa cabbage, I opted for chives because of its flavour and colour. If you prefer, you may use any leafy vegetables or herbs instead.

To prevent the ginger from getting too dark by leaving it in the dipping sauce, I would only stir it in just before serving.

Combine the filling ingredients in a mixing bowl and allow the meat to marinate for about 20 minutes.

Take about one tablespoon of filling and place into the centre of the gyoza wrapper. Pleat the wrapper into a crescent-shaped dumpling and continue wrapping until all the filling and wrappers are finished.

In a small bowl or measuring cup, whisk all the slurry ingredients until combined.

Heat two tablespoons of cooking oil in a non-stick frying pan (preferably one with a glass lid) and swirl it around until almost smoking hot. Place the eight dumplings in a circle around the pan and fry on one side for about five minutes until lightly brown. 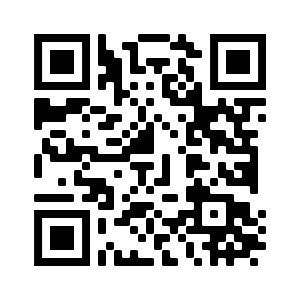 Stir the slurry until well mixed and pour about a third of it into the pan. Immediately cover with a lid and allow the dumplings to steam for about another five minutes until the skirt dries out and gets crispy. Open the lid and remove dumplings from the pan and wipe off any charred pieces.

Serve immediately with dipping sauce while the skirt is still crispy. Serve the potstickers with a dipping sauce that consists of black vinegar, soy sauce, sugar and julienned ginger.

Potstickers are basically dumplings filled with pork, shrimp and vegetable.

Mix together the filling of minced pork, diced shrimp, garlic, ginger and chives. Season with Shaoxing wine and sesame oil.

Fry the dumplings in a little oil, then add the cornstarch slurry and cover with a lid to steam for about five minutes.

The dumplings are ready when the cornstarch slurry dries out completely.