Drop scones with a royal touch

Top the drop scones with sour cream and caviar.

WHEN US president Dwight Eisenhower visited Queen Elizabeth II at Balmoral Castle near Edinburgh in 1959, he was served drop scones.

It was supposedly prepared by the queen herself using a family recipe, which she later enclosed to the president in a letter.

It now resides in the US National Archives. You can see the facsimile of the actual recipe at www.archives.gov/press/press-releases/2011/nr11-116.html

If you have ever baked scones before, you will understand why many people are apprehensive about making this finicky treat.

However, drop scones are more forgiving because it is almost like making pancakes in a frying pan.

In fact, they are also known as Scotch pancakes, and are quite popular throughout Scotland.

The first time I made drop scones was when I was taught in school, and I remember how unlike scones they were.

The batter was quite runny and the scones were only about half-a-centimetre thick, nothing like the ones we get in Cameron Highlands.

However, this recipe from Queen Elizabeth does produce drop scones that resemble the baked scones that we know.

Its stiff batter holds itself up when fried in the pan and it’s a joy to watch them rise when you flip them over.

The rising is attributed to baking powder, an English invention that gave rise to many British delights.

Although the original recipe calls for two teaspoons of baking soda and three teaspoons of cream of tartar, you may substitute with five teaspoons or 40g of double acting baking powder.

I like to keep each dollop of batter quite small, so a tablespoon of batter is enough to give you scones of about 5cm in diameter.

The finished drop scone will only rise to about 2cm in height so don’t expect scones that you can split across the middle, although there will be a noticeable crack between the tops and bottoms of the pancakes.

You may eat it as a teatime treat with clotted cream or butter and strawberry jam, just like baked scones.

Or you may try a more savoury alternative by topping it with sour cream and caviar, a decadent option that is evocative of Russian caviar pancakes.

MethodSift together flour, baking powder, sugar and salt in a large bowl.

Make a well in the middle of the flour and pour in the milk. Add eggs and melted butter, and whisk together until combined.

Heat a non-stick frying pan on medium heat. Brush the pan with a little cooking oil.

Drop tablespoonfuls of batter on the frying pan to form pancakes. When bubbles start to appear on the surface after about two minutes, flip the pancakes over and cook for another minute or two until lightly browned.

Remove from the pan and cover with a tea towel to keep warm while you cook the rest of the drop scones.

But as a savoury alternative, top with one teaspoon of sour cream and half-a-teaspoon of caviar garnished with lemon zest for scones with a hint of decadence. 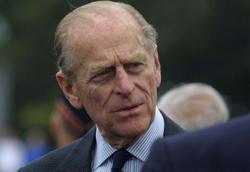