Sapna learnt invaluable lessons about food as well as the importance of family coming together for meals every day from her dad, who greatly values family meal times. — Photos: SAPNA ANAND

Narayanan grew up in bucolic surroundings in Kerala, India with his parents and nine siblings. The family’s ancestral home was dominated by acres and acres of paddy fields and rice was harvested for the entire family, with the excess going to people in the neighbourhood.

The household was primarily vegetarian and grew their own vegetables, including drumstick (moringa fruits), plantain and green chillies. The oil used to cook their food was made out of coconuts from their coconut trees. Even the yoghurt, milk and ghee in the house was from the family’s cows. Narayanan grew up surrounded by women who were great cooks, and this charged his own passion for cooking and eating good food.

“I don’t think they ever needed to go to the market back then – everything was grown at home. And the ancestral home had a lot of space, including an outhouse for crushing and storing the rice.

“And my dad grew up surrounded by women – his five sisters who are great cooks and the women who came to work the fields and would often stay to cook as well. All these ladies left a big impression on him and are the reason he is very passionate about food, ” says Sapna.

When Narayanan grew up, he threw caution to the wind and deviated from the family’s established printing and publishing business in favour of more eclectic pursuits in the coastal state of Goa, India, where he joined a government agency.

There, he was surrounded by the sea and quickly became enamoured with the aquatic bounty around him.

“Where my dad grew up, there was no fish, but when he moved to Goa, he was about 10km away from the sea, so he was like a boy in a candy shop because fish was abundant and cheap. “So he had this routine in Goa – he would go most Sundays at 5.30am to a small beach nearby where fishing trawlers would come after their fishing expeditions. The fishmongers (and my dad!) would be there to pick the best catch.

“He would buy seafood that he knew us kids loved, like Spanish mackerel (tenggiri), different kinds of prawns, crabs and squid. Then he would come home and scale, gut, clean and slice everything. His belief was that we had to make the most of the freshness of the seafood, so often it had to be cooked on the day, ” says Sapna. Squid masala is one of the family dishes that Sapna's father always insists on making himself.

Some of those Sunday meals still have a permanent imprint in Sapna’s mind. Like her father’s squid masala, which he insists on making himself.

“My dad is very hands-on and helps my mum with the cooking (she is a wonderful cook), but the squid masala is a dish he has always made himself – he won’t let my mum make it, because he is very particular about how squid is sliced and cooked, ” says Sapna.

Another dish that Narayanan has perfected is semolina crusted fried fish, something he makes so well, the family considers it a work of art.

“When he goes to the market, he interacts with the vendors. And in the Goa market, he discovered that one of the secrets to keeping fish juicy is to salt it when it’s fresh.

“So his fried fish, which he actually pan-sears slowly at the right temperature, always comes out perfectly – it’s never burnt or dry or has skin stuck to the pan, ” says Sapna.

In Sapna’s childhood home, fresh tiger prawns were also a constant and these huge crustaceans were almost always transformed into Goan style prawn curry, at the behest of her father, who felt it was one of the ways that the freshness of the prawns could be best highlighted.

To this day, Sapna says she retains all the information her father taught her about food, utilising it in her own cooking.

“It was only after I left home and started cooking that everything he told me started coming back to me. Like he would tell me, ‘Don’t choose crabs that are too big – it will have less meat in it, ’ and I still remember all these lessons, ” she says. Sapna still remembers all the food lessons her dad taught her when she was young and implements it in her own cooking.

When Sapna decided to take up culinary arts and eventually started writing cookbooks and hosting television shows like Fast Indian Cooking with Sapna, Narayanan was a font of support and encouragement.

“I was a housewife for a long time, so when I decided to take up culinary arts, he said, ‘Good, you’ve decided to do something for yourself’. Till today, he talks about it and is very proud of me, ” she says.

These days, Narayanan has moved back to his hometown in Kerala but his love for food remains, which is why he spends a lot of his time fishing, going to the market and growing vegetables in his garden – something he enjoys doing with his grandchildren too.

But it is the family dinner table that continues to hold a special place in Narayanan’s heart, especially when his entire family comes over for the holidays. The adventurous Narayanan has a great appreciation for aquatic treasures and goes river-fishing often now that he has moved back to Kerala.

“My father’s ancestral home has a 16-seater teak wood dining table and he always says his happiness is on that table, because when he was young, that’s where the family got together every day.

“He used to say, ‘Do you know why we all ate together when we were young?’ It was because there were 10 of us siblings – lunch was served at 12pm and dinner at 6.30pm and if you didn’t come on time, there was probably no food left for you!”

“So even when my dad moved away and had his own family, we always ate together. Food brings the family together and that’s what he tried to teach all of us. So I try to do it with my own family now too, especially during this lockdown, ” she says.

Even though Narayanan lives in India and Sapna is in Malaysia, the two continue to share a strong bond, enhanced by their common love of good food.

“I always ask my dad why he likes to cook and he says, ‘It’s in the genes’. So maybe I have that in me too, ” she says, laughing. Clean and dry the fish fillets.

In a bowl, mix lime, ginger, garlic, chilli powder, turmeric powder, salt and pepper together and adjust seasoning if necessary. Apply the masala generously over fish and set aside for 1 hour.

Dip the fish in semolina until thoroughly coated.

Heat oil on medium heat and fry fish on each side for about 8 minutes. Avoid pan-frying the fish on low heat, flipping it too soon or too many times. Serve hot. 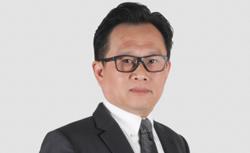 Malaysian author's first cookbook named world's best in street food category
What is the 'internal shower' drink that is trending on TikTok?
Toblerone chocolate to lose 'Switzerland' label and be made outside Swiss homeland
Belly good dish served cold
Ordering in: The couple who couldn't cook but started a successful food business
Ordering in: Three siblings started an online delivery business focused on Norwegian fjord trout
An increasing number of fathers enjoy cooking for their families
Afternoon tea with Abbey the Bear
Grandma woks up wholesome meals
The Malaysian chefs in key roles at one of the world's top restaurants, Odette