Assemble the pavlova with whipped cream and fresh fruits just before serving to keep it from getting soggy. — Photos: SAMUEL ONG/The Star

PAVLOVA is one of those finicky desserts that demands to be eaten as soon as it’s assembled.

It’s a crispy meringue with a soft marshmallow centre, filled with pillowy whipped cream and topped with fresh fruit.

Pavlova is believed to be created in the 1920s in honour of Russian ballerina Anna Pavlova, who toured Australia and New Zealand.

Since then, it has become an important part of the national cuisine of both countries and is served during celebratory or holiday meals, especially during Christmas.

I was introduced to this dessert while visiting my sister in Christchurch, New Zealand, many years ago.

Her meringue was crispy with a chewy centre, topped with clouds of whipped cream and fresh kiwis.

The juxtaposition of different textures and flavours in her pavlova was so amazing that it set the benchmark for me.

There are different versions of pavlova with variations in the meringue recipe.

Many tend to be more sweet, but the recipe my sister shared with me had just enough sugar to hold the meringue together without being overly sweet.

In her experiments, my sister had found that meringues sweetened with anything other than white castor sugar tend to weep or sweat.

To reduce the weeping, the trick is to allow the meringue to cool down slowly in the oven after it has finished baking for at least an hour.

The goal is to get a crispy outer crust and a marshmallow-like centre inside.

Do not open the oven when baking the meringue as the sudden cold air will cause it to deflate if the crust has not hardened.

It is normal for the meringue to crack and the centre to collapse a little, but these imperfections can be easily camouflaged with whipped cream and fruit.

If done correctly, the cooled pavlova can be kept in an airtight container for a few days.

In our humid climate, it will only keep for about two days.

You may also make bite-size mini pavlovas but these need to be baked for a shorter time.

In the bowl of a stand mixer, whisk the egg whites on medium speed until they hold soft peaks.

Add water and continue whisking until glossy. Then start adding the sugar, a tablespoon at a time, and keep whisking on high speed until the meringue holds very stiff and shiny peaks.

Rub a little of the meringue between your thumb and index finger to test if the sugar is fully dissolved.

The meringue should be feel smooth without grits. If it feels gritty, that means the sugar has not fully dissolved so keep whisking.

Whisk in the vanilla, vinegar and cornstarch until combined.

Next, draw a 22cm circle on a baking parchment, then turn the paper over so the circle is on the reverse side and line the baking tray.

Spread the meringue inside the circle drawn on the parchment paper, smoothing the edges.

Bake for about 45 minutes or until the outside is dry in a pale ivory colour.

Turn the oven off and let the meringue cool completely in the oven at least one hour.

The cooled meringue can be stored in a cool dry place and in an airtight container for a few days.

Just before serving, gently place the meringue onto a serving plate.

Whip the cream, sugar, and vanilla in a stand mixer until stiff peaks form.

Serve immediately as this dessert does not hold for more than a few hours. 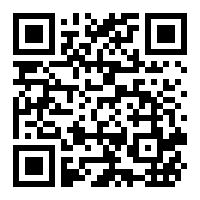 Assemble the pavlova with whipped cream and fresh fruits just before serving to keep it from getting soggy. — Photos: SAMUEL ONG/The Star

Spread the whipped egg whites within the 22cm circle drawn on a baking parchment, then level the top.

Whisk whipping cream, sugar and vanilla into stiff peaks to be spread over the top of the meringue.

More Malaysians are barbecuing at home than ever. Here's the expert advice on how to get started.
The pioneering Kita Food Festival aims to foster camaraderie and community in the local F&B industry
Ordering in: A crab-centric restaurant has survived the pandemic by offering amazing deals
Michelin star chef brings timeless British style to Malaysia
Ordering in: A popular food personality's stress-free halal steamboat and grill
Hotel bar serves up cocktail, grooming kits for men’s health awareness
How to run a successful home food business
Why home food businesses have multiplied furiously since the start of the pandemic
Ordering in: Indulge in a giant Angus short rib burger and other pulled meat burgers designed by a talented chef
Spicy and hearty Sichuan dish