I REMEMBER mum making these nests when I was little.

She would julienne taro or yam and fry them between two slotted ladles.

Then she would fill them with a stir-fried dish that consisted of diced chicken and quail eggs. 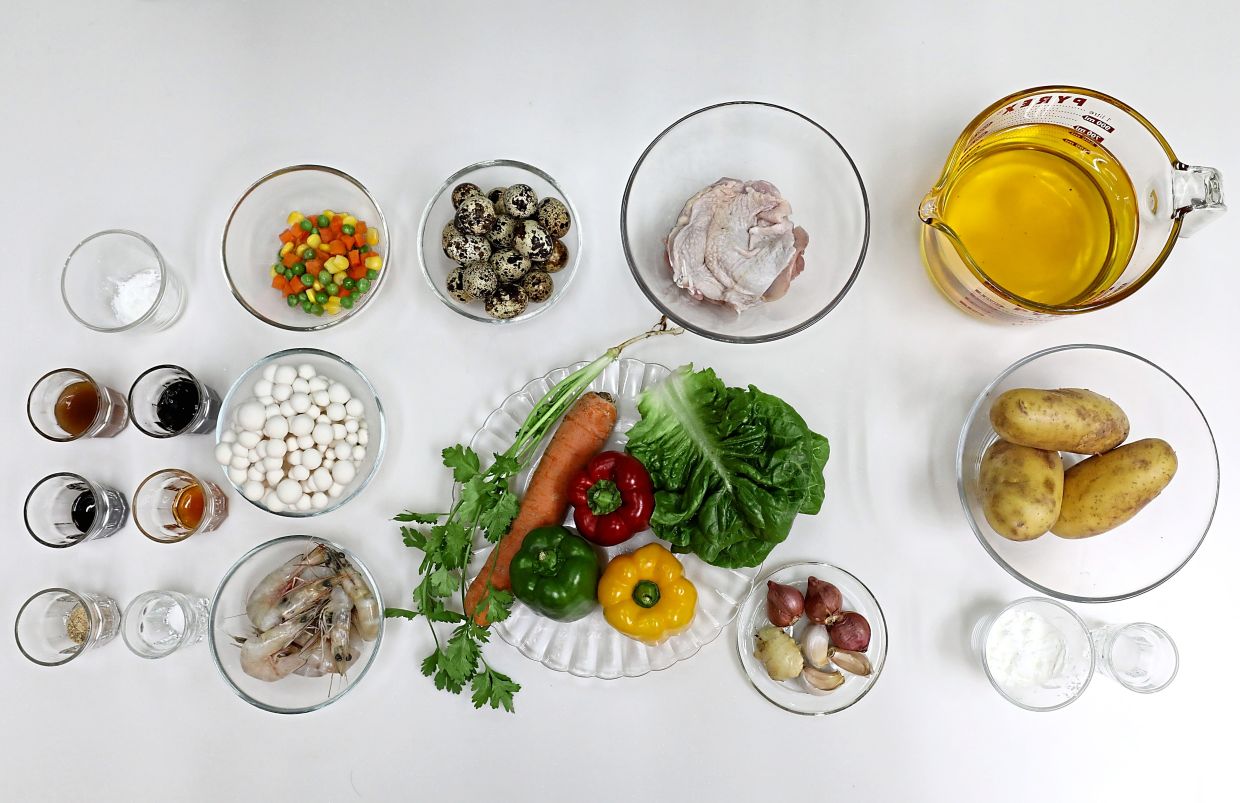 Ingredients for this dish include quail eggs and a variety of colourful vegetables. — Photos: SAMUEL ONG/The Star

We enjoyed eating them but never understood why she never made them again.

The reason came to light when I attempted to replicate the dish for this column.

I realised that it was quite a task because tubers need to be fried slowly to become crispy.

And we could only fry one nest at a time!

But when we have to stay at home, time is what we have.

In this recipe, I opted for potatoes which are more accessible.

Choose local potatoes (sometimes called Holland potatoes) that are firm and crispy instead of Russets which may get soft and fluffy.

You can fry the nests ahead of time and store them for up to three days in an airtight container at room temperature.

They don’t refrigerate well, but they can be frozen and made crisp again by popping them into the oven for 10 minutes at 150°C.

However, they are best when freshly made. 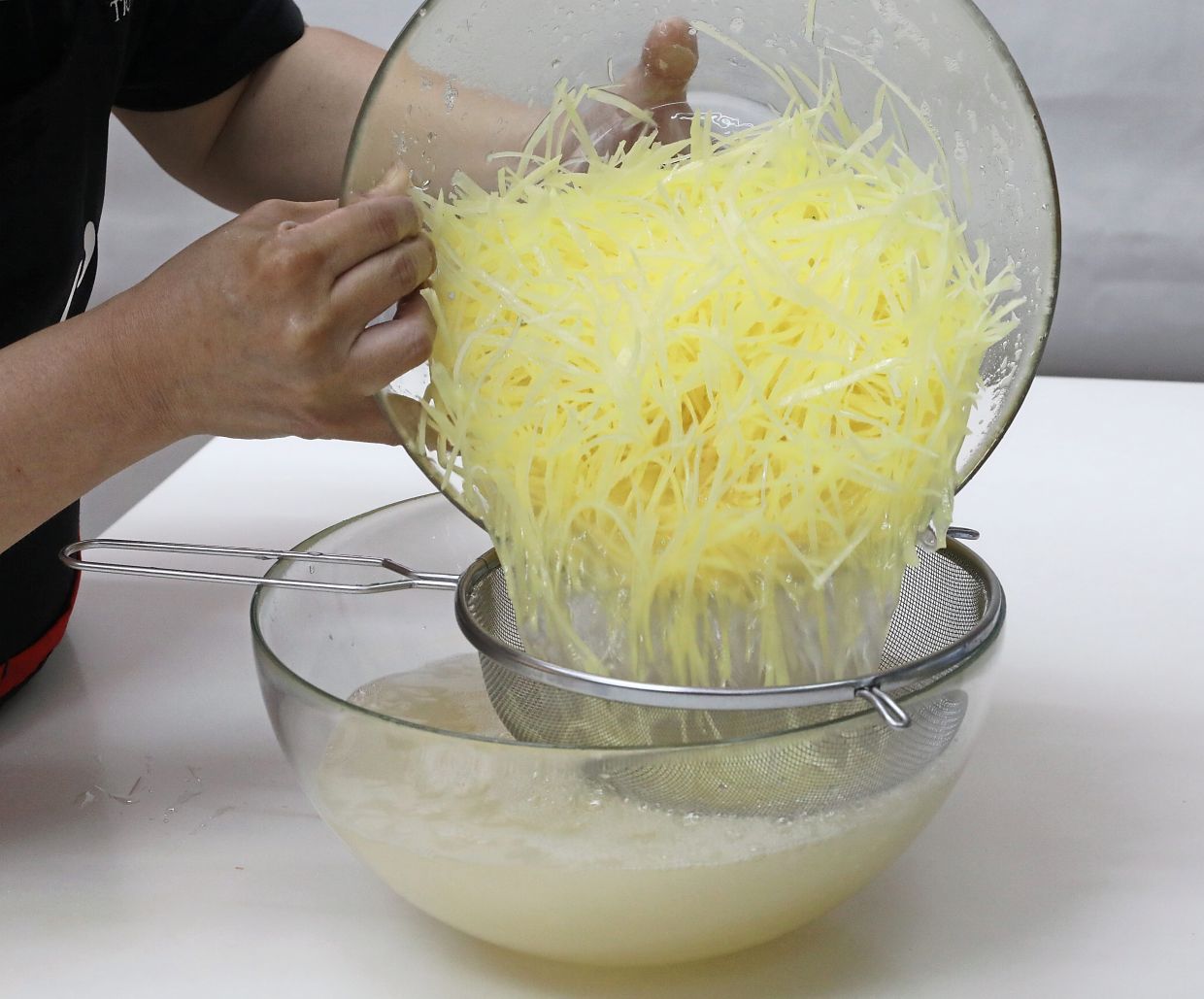 Rinse the shredded potatoes in cold water until the water runs clear. This will remove excess starch and make the potato crispy when fried.

You may fill the nest with any saucy stir-fried dish but the usual fillings include hard-boiled quail eggs and colourful vegetables, seafood and meat.

The basic idea of this Cantonese recipe is to put together eight different ingredients so that the dish sparkles with different colours.

Having frozen mixed vegetables on hand makes preparation easier as this includes peas and corn as well as carrots which I don’t have to dice.

I also used a mix of red, yellow and green capsicum simply for the colours, but you may choose just one colour.

Traditionally, this dish would also include dried mushrooms or cloud ear fungus, but you can use fresh ones if these are not available.

There are a lot of options for substituting the eight treasures in the dish, such as snow peas, celery, bamboo shoots, chestnuts, ginkgo nuts and cashew nuts. 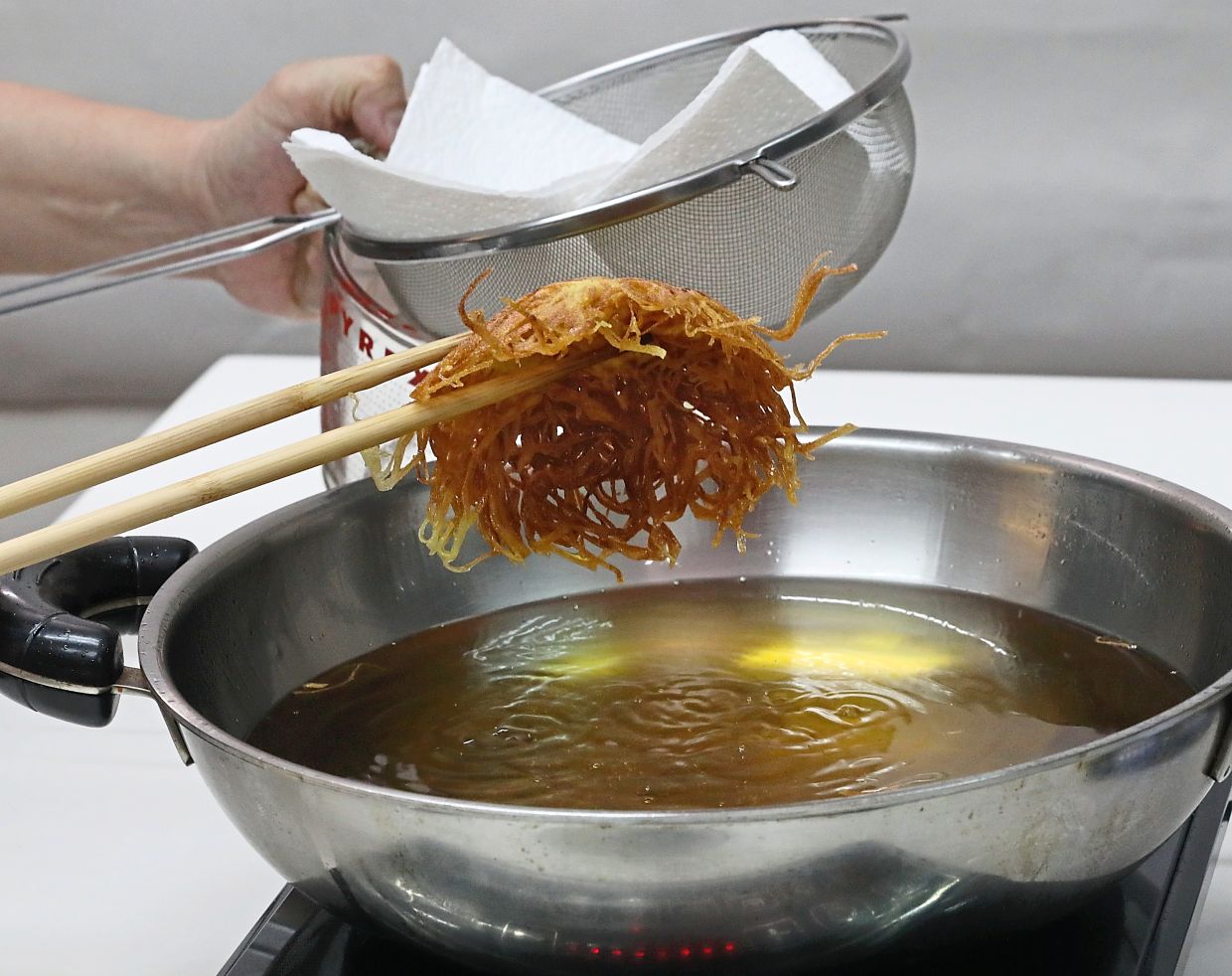 Fry the potato nests until crispy, then drain off excess oil and cool completely.

Just remember to dice the ingredients small so they look like little jewels among the quail eggs.

This dish needs to be cooked briefly; you should cook and assemble the dish just before serving to keep the crispy potato nests from getting soggy. 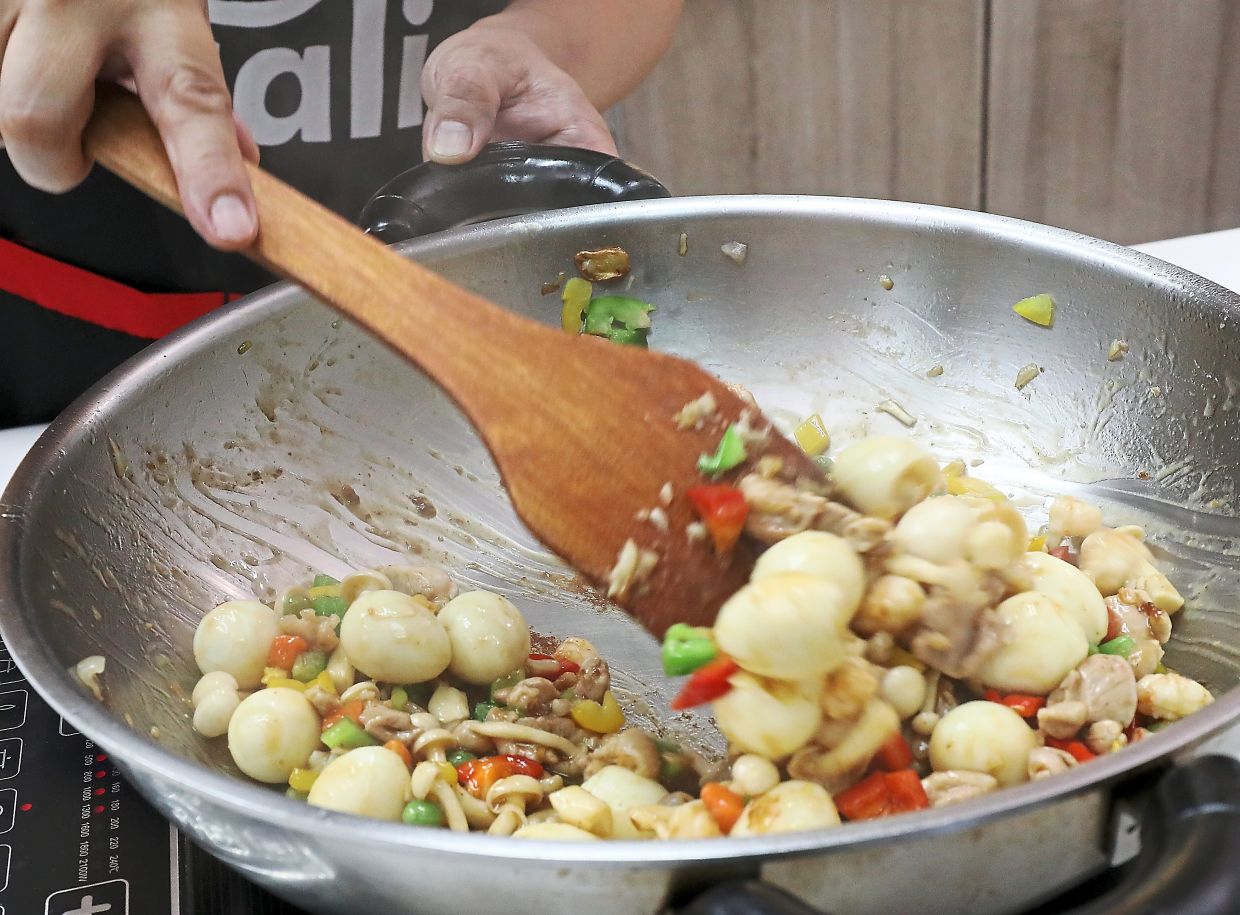 Using different ingredients in the stir-fry ensures the final dish sparkles with a variety of colours.

Slice potatoes in a mandoline with a julienne attachment.

Drain potatoes well and pat dry with a tea towel.

Add cornstarch to the shredded potatoes and toss well to combine.

Heat cooking oil in a wok over high heat, allowing the temperature to reach around 170°C.

Dip strainer into the hot oil, add potato evenly around the sides and base of the strainer to create a bird’s nest, about one centimetre thick.

Dip a ladle into the hot oil and push down into the strainer to create a well.

Fry the potatoes between the ladle and the strainer until firm, for about ten minutes.

When the nest has become firm, gently remove the top ladle.

Lightly salt the potatoes while hot.

Cool completely and store in an airtight container until ready to serve.

Bring water to a boil, add quail eggs and simmer for five minutes until firm.

Add mixed vegetables and mushrooms and sauté until softened.

Add seasoning mixture to the wok and sauté until sauce thickens.

Remove from heat and arrange in potato nest.