In March, shoppers in the UK spent RM10bil more than they typically would on food. — AFP Relaxnews

At the announcement of the confinement rules in the United Kingdom last month, an English friend said he took out £300 (RM1,600) from the ATM (the maximum cash amount allowed) and bought all the pasta and rice he could find at the local supermarket.

I wonder if he had bothered to consider what would happen to the people after him shopping for their families; my friend is retired, lives only with his wife and £300 of pasta and rice would probably last them years.

I suppose the human instinct to hoard food in times of crisis would be more understandable if everyone is living in a third world country with an insecure food supply. In such situations, it would be foolish to not have some contingencies in the event of any interruption to supply.

But for most of us, it actually does not make much sense. Food supply chains are not recent inventions as they have been around for many decades in modern societies; they involve extremely robust processes combining established logistics from production sources, storage, transportation and customer distribution. These processes are also in general extremely flexible in adapting to changes in demand patterns; this is evident from the way they handle seasonal produce. 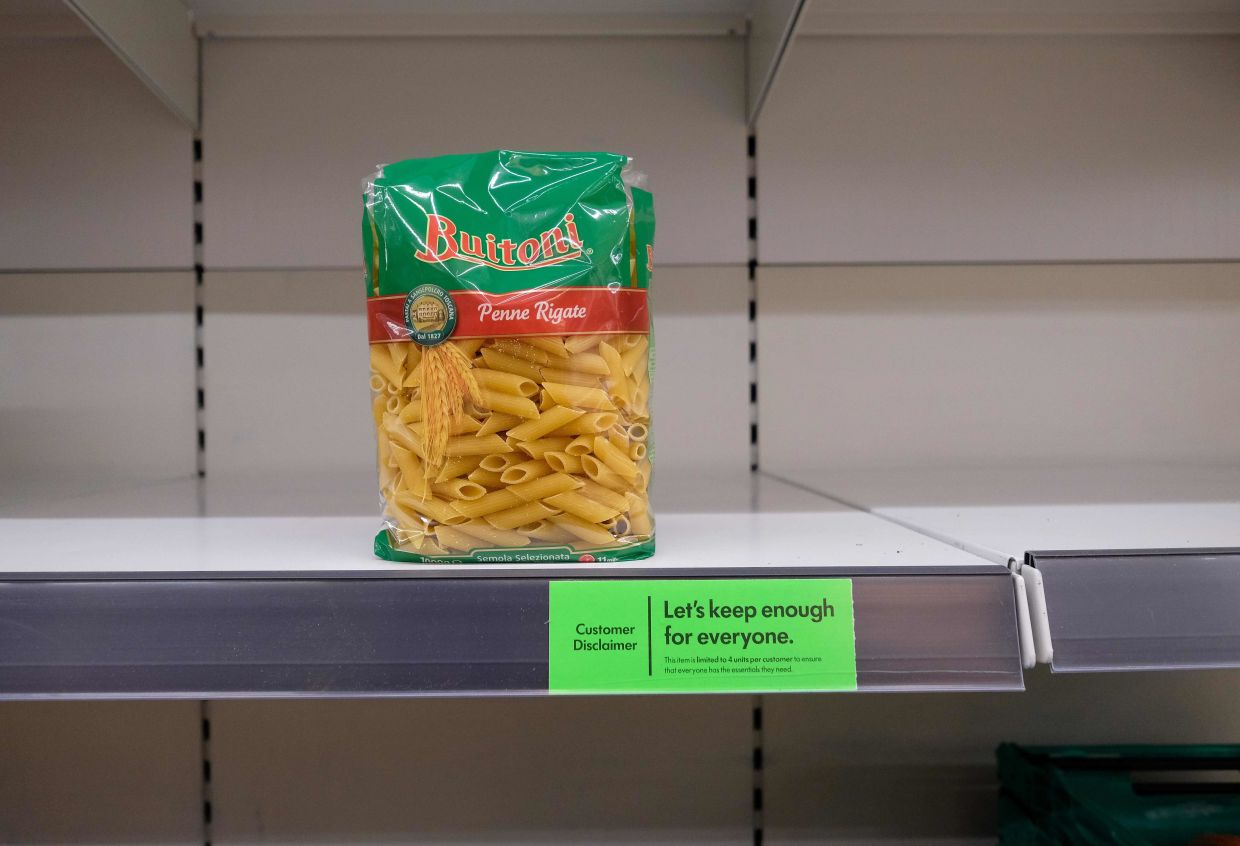 Panic buying and hoarding meant that some items like pasta were totally wiped out in supermarket shelves in many countries. — AFP

Therefore, even in exceptional circumstances such as a pandemic, I would not expect much of a disruption to food supplies at the markets, unless one is looking for specialist gourmet ingredients. This was proven true when I went to a local supermarket on a day before the lockdown in France. Almost every shelf was stocked pretty much as normal – the only notable curiosity was not finding any jars of chickpeas as they were sold out, and I had wanted some to make some Middle Eastern spreads. At least, you cannot say the French do not have a sense of hummus.

The reason for such abundance of food is simply because the world is producing too much food, and much of it is especially attuned to the needs of modern societies where consumption of food is densest per square kilometre.

Since before the year 2000, the world has been producing over 6,000 calories of food a day for each man, woman and child on the planet, despite the growing global population. There is so much food surplus that most of the crops grown today are fed to animals as part of the dairy and meat production industries.

Such prodigious food production capacity plus robust food supply chains means that anyone living in a civilised township is highly unlikely to run out of food. In fact, during the lockdown in the UK, refuse collectors in some cities noted that people were disposing of 30% more rotten vegetables than normal. Unnecessary panic buying had caused people to buy too many perishables which they then just threw away. This is hardly the sign of a food shortage, or common sense. 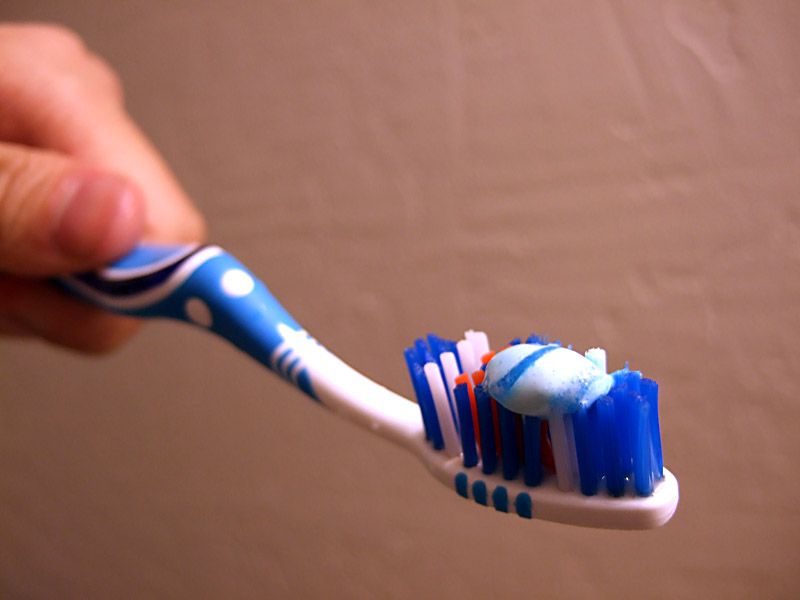 Even items like toothpaste have been selling out everywhere. — Kenneth Lu/Flickr

As a further indication of this madness, March 2020 was the month when consumers in the UK spent £2bil (RM10.7bil) more than normal on food, the highest on record. Compared to normal consumption patterns, people in the UK made 80 million more visits to the supermarkets than usual and many UK households stockpiled enough food and alcohol to endure several weeks of confinement.

It is not just supermarkets which encountered panic buying as many pharmacies were selling out of medications, including standard items such as paracetamol, sanitisers, cough syrups, pastilles, toothpastes and shampoos.

The excessive stockpiling should make many people feel more secure during this period of uncertainty – but only if they have the money to buy so much in advance. For poorer people perhaps on daily or weekly wages, they would find choices limited and may be forced to buy higher cost items which can exacerbate their fragile financial circumstances.

So maybe spare a thought and leave a few packs of pasta or rice on the shelves for the people coming into the shop after you. After all, the chances are extremely high that the shelves will be re-stocked within a few days, long before you finish your own supplies.

However, not all food producers will survive this pandemic unscathed. Specialist producers such as organic food farms, or growers of seasonal crops such as asparagus may find demand much lower than usual as people limit their visits to markets during the lockdowns around the world. 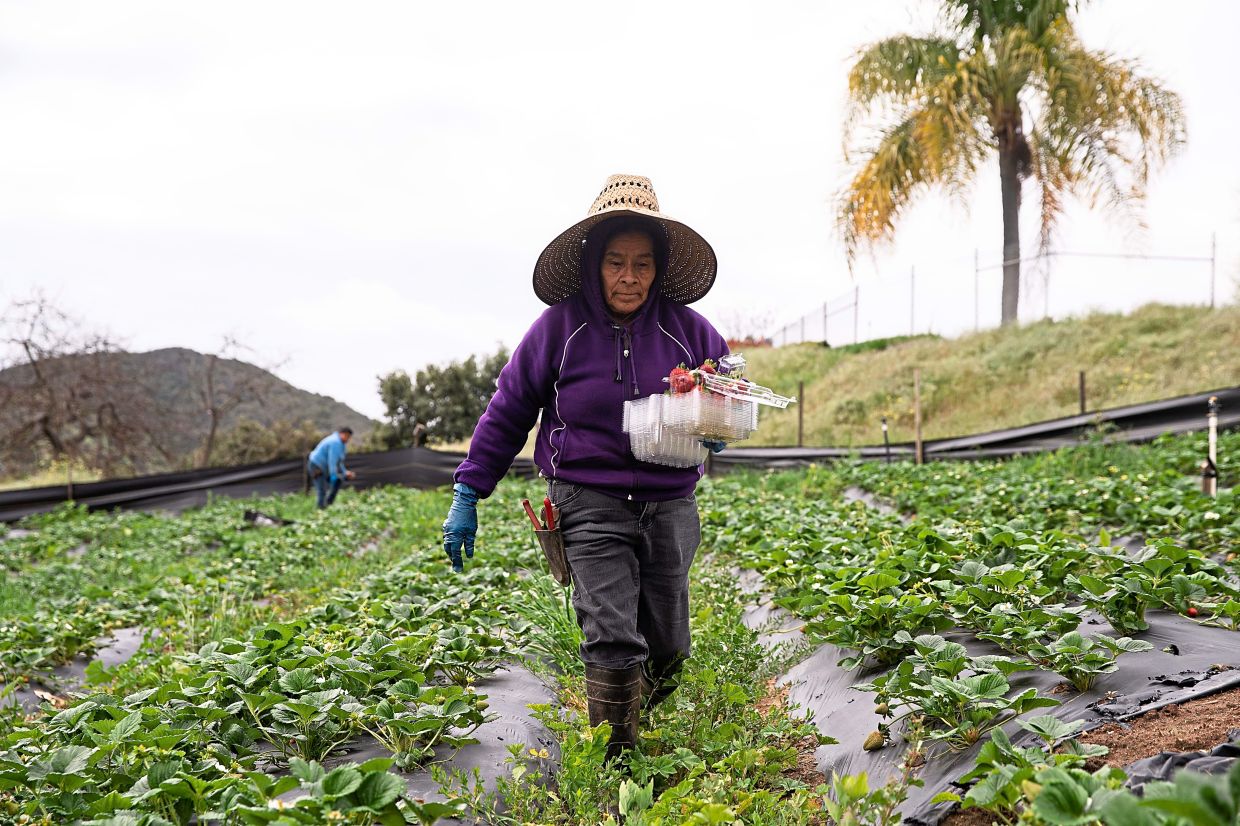 According to the columnist, organic farmers may face lower demand than usual for their produce during lockdown periods. — AFP Relaxnews

Such producers, especially those producing organic food (vegetables, fruits and meats), should be supported whenever and wherever possible. That is because if they disappear, then all we will have left after the crisis are only foods from industrial producers, with all their attendant issues such as pesticide or chemical contamination and lack of dense nutrition.

It should be common sense to seek the best possible nutrition during confinement. It is very well-established that the SARS-CoV-2 virus is much more dangerous to humans with compromised immune systems or persistent inflammation within the body. Consuming cheap high calorie foods does not help – if anything, the best things to eat now would be foods high in nutrients (vitamins, minerals, anti-oxidants, etc) and lower in calories, especially if one is already overweight. 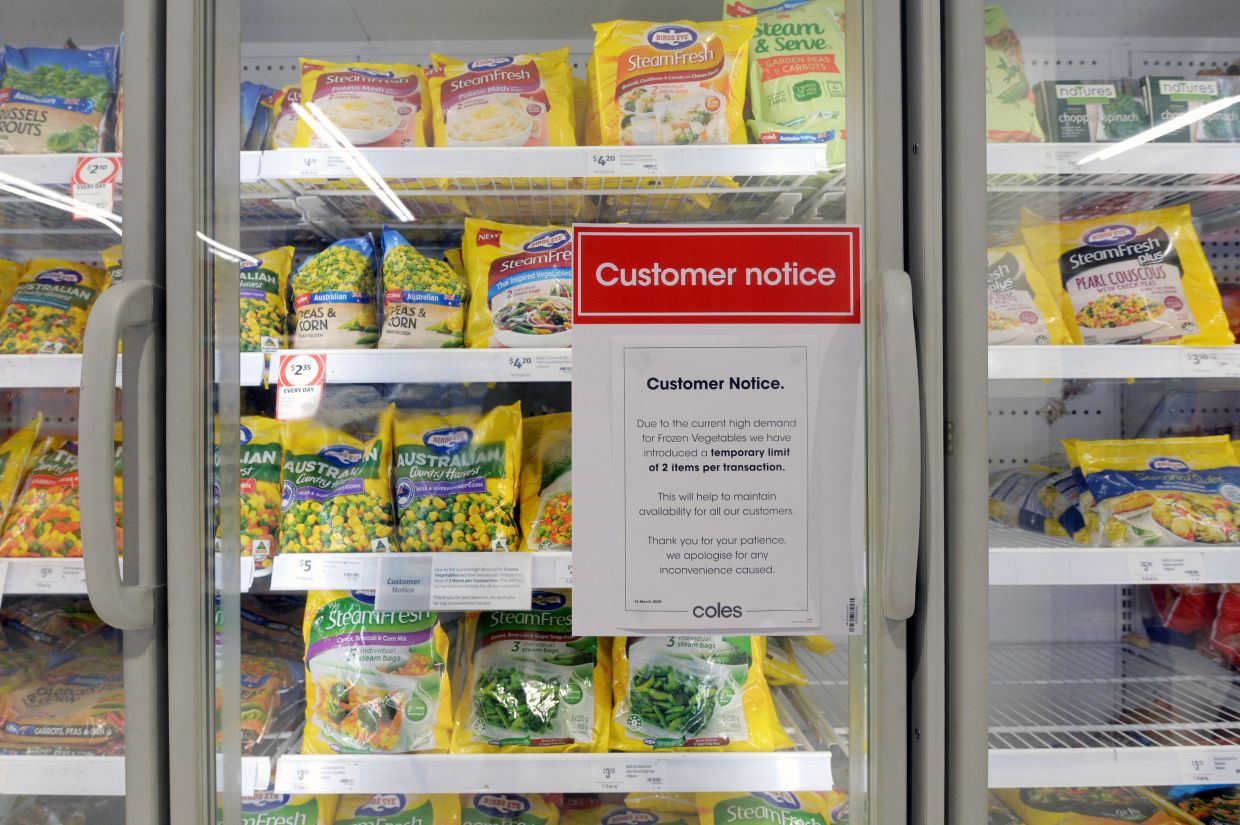 Frozen vegetables are a good bet during this period but in some countries like Australia, supermarkets have started limiting the amounts that people can buy. — Bloomberg

Although some fresh foods can keep a long time, such as sweet potatoes, carrots, potatoes, oranges, etc, a smarter thing to do would be buy fresh frozen vegetables to store in the freezer. Frozen vegetables keep most of their nutrients a long time and are in a convenient format for cooking. If freezer space is lacking, then tins or jars of vegetables would be the next best alternative. Unless you have a big family, there is no need to buy large jars or tins; just get suitably sized containers so that you can vary the greens every day.

Regarding tinned meats or ready meals, they should generally be avoided as they tend to be full of additives and rather poor nutritionally. However, some items such as sardines or tinned fish may be better than, say, a tin of luncheon meat. Preserved vegetables can also be nutritious and a source of fibre, if they are not overloaded with salt, sugar or additives.

Times like these do not happen often, and it is a tribute to our past organisational and logistic skills that huge cities can still be comprehensively serviced. Even remote villages like mine in the middle of France are well provided and I feel absolutely no unease about access to food supplies.

In summary, for almost all of us, our food supply is very probably the least of our worries, despite the occasional sight of empty shelves caused by hoarders and panic buyers. There are many stories about shoppers in England stealing items from the trolleys of other shoppers and engaging in fights. There is absolutely no justification for such low human behaviour. 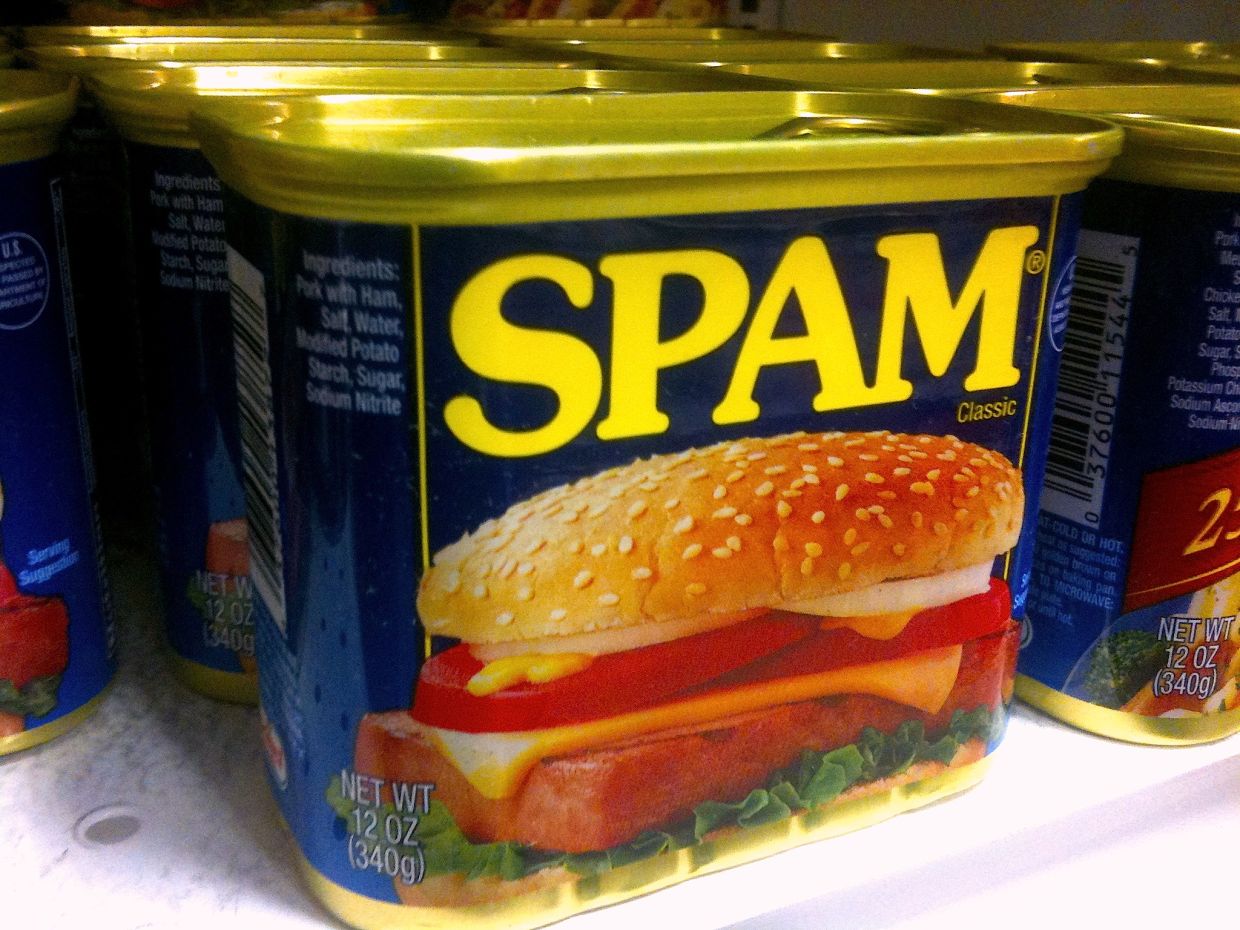 At present, it is important that we ingest food which is as nutritious as possible to boost our immune systems. It is not the quantity that counts now, but the quality of what we eat. And of course, maintain rigorous discipline regarding social distancing and personal hygiene.

This pandemic will end one day, perhaps within a matter of weeks in some countries. My models are already indicating that infection peaks are likely to happen over the coming days and weeks in several countries in the EU, and of course the situation in China is now much improved. Eventually, the same status will apply to the rest of the world, though indications are that the USA will be rather more affected than the government there had been telling its people.

Perhaps one can compare Covid-19 with global warming – the major difference is the speed at which Covid-19 exposed deficiencies of our systems to handle serious global events.

Global warming is just a slower motion impending disaster which is likely to be on an even wider scale. And just like Covid-19, people ignored initially it until it spiralled out of control. If there is any good arising from this pandemic, it may be that people might finally stop taking our planet for granted. If people would stop abusing our resources, perverting our earth’s environment, polluting our air and believing in the convenient falsehoods of people who refuse to admit facts, we might avert an even greater disaster in the not too distant future.