Restaurants across the country have been forced to adapt to the new order of things, which encompasses deliveries and takeaways only. — The Cinnamon Group

In restaurants across Malaysia over the past week and a half, kitchen staff have gotten increasingly used to the sight of empty halls and the soundtrack of total, eerie silence. In many eateries, the electricity has been switched off in the dining areas, casting a particularly dark, motionless pall on things.

With the implementation of the movement control order (MCO) on March 18, restaurants in the country had had to adapt to the rules in place (eateries can only offer takeaway or delivery services; customers cannot dine-in) or face total closure. In one fell swoop, the entire restaurant industry started operating ghost kitchens – food preparation facilities set up only for deliveries and takeaways.

The Malaysian situation is not an isolated one. Across the world, lockdowns are in place and restaurants everywhere are facing the same dire predicament. But just what has it been like for established local restaurants to make this transition?

For some, the blanket transition meant an abrupt change of their modus operandi.

“Before this, we only did dine-ins so we focused a lot on that. So we’ve never looked at food delivery, but obviously in this period, beggars can’t be choosers, ” says Marcus Low, owner of popular eatery Table & Apron and Universal Bakehouse.

Restaurants these days are eerily quiet, now that customers can no longer dine in. — MyBurgerLab

Low had to come up with an overnight takeaway menu and is now in the midst of rolling out on GrabFood as well.

Navin Karu, the owner of popular local restaurants like Vin’s and Manja has also had to scramble to get on food delivery portals, having never considered them before for his restaurants.

“With Vin’s, because it’s a neighbourhood eatery, there are takeaway options. But people are so used to going on food delivery portals and food coming in 15 minutes, so when you’re not on a platform, it’s not marketed and it’s difficult to get the sales that we intend to. Which is why we’re applying to get on GrabFood and Food Panda as well although they cannot commit to when they will be able to onboard us, ” he says.

Navin’s other businesses The Food Company (www.thefoodcompany.my) and The Big Boyz Barbecue are conversely doing well at this time. Both brands sell and deliver food like marinated meats and sausages and as people are cooking more than ever at home, sales have tripled.

For Abethan Kanthasamy, managing director of the Cinnamon Group, which runs restaurants like Aliyaa, The Sticky Wicket, Nero Nero and fine-dining haunts like Nadodi and Kikubari, the transition was particularly difficult as it meant deciding which of the group’s eateries could actually feasibly do delivery and takeaway and which ones had to temporarily close shop. 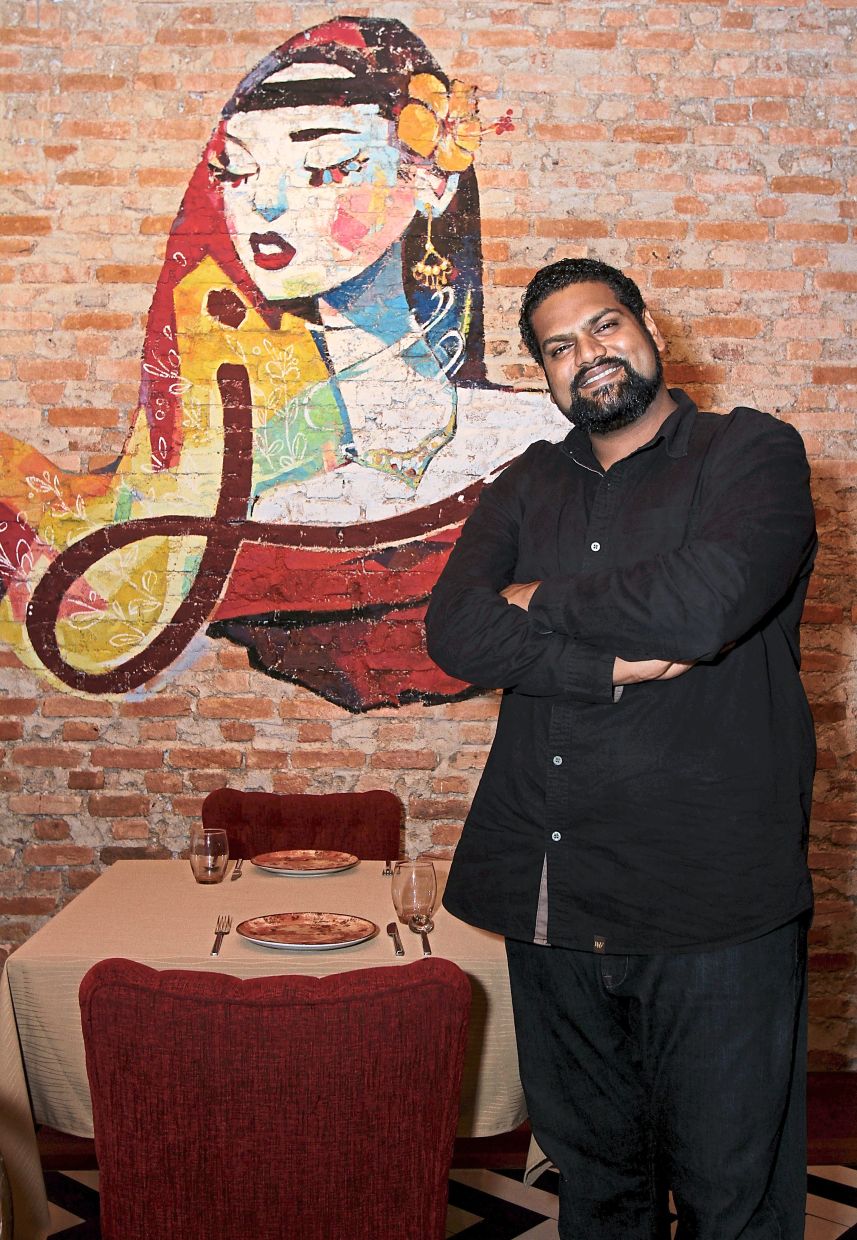 Navin has been trying to jump on the food delivery bandwagon, as he needs to diversify his restaurants’ income during this period. — Filepic

“First of all, we can only do delivery for family-style, medium-end, casual restaurants and below. The fine-dining restaurants we have like Nadodi and Kikubari, people just don’t do takeaway. So we had to close both those restaurants during this period, ” he says.

Some of the restaurants in the group – like Yarl and The Sticky Wicket – were already on GrabFood and Food Panda, whereas others like Nero Nero had never had a delivery component. Which is why Abethan and his team decided to recruit existing team members, like waiters who now had nothing to do - to do deliveries.

Abethan’s marketing team also came up with takeaway menus for all the restaurants in the group, so that regular customers had the option of picking up food from these restaurants themselves.

“We basically chose our top-sellers, so whatever was in our top 30 made the list and then we added a few others. And also, it was based on being able to keep those ingredients in stock because there are some ingredients that we can’t get like for example, we can’t get the Sri Lankan crabs because of supply, ” he says. 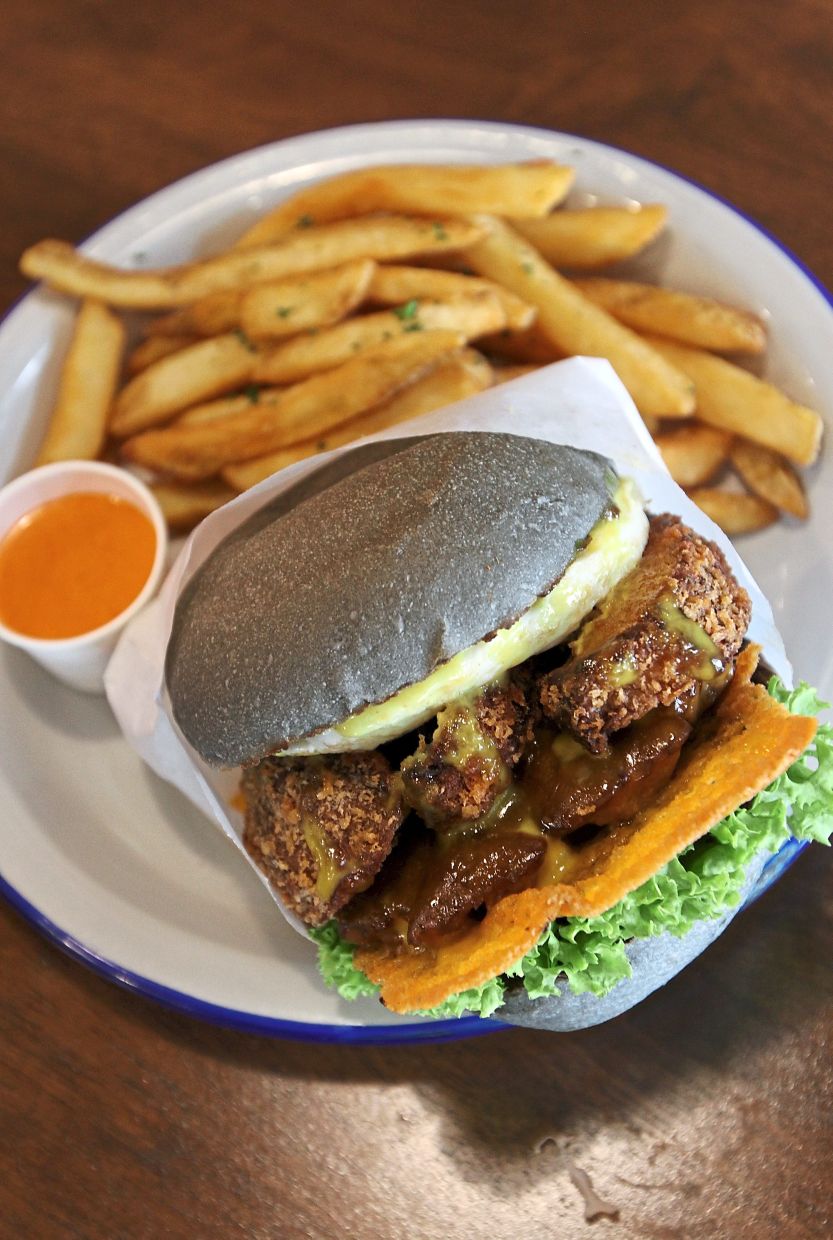 Burgers work well on delivery platforms as they are easily transportable.

While most restaurants have found the transition from dine-in to delivery extremely tough to weather, other local players have had a slightly less difficult time of it.

“I think the thing with us is that we stand in a pretty unique position in that for the last one and a half years, we have worked very closely with GrabFood and we happen to serve a product, which is burgers which travels pretty well – delivery-wise as well. So what we have seen is we have converted almost all of our dine-in sales to delivery so far, and we are very thankful for that as I know not everyone enjoys that luxury, ” says Renyi Chin, co-founder of My Burger Lab.

Although deliveries represent 90% of MyBurgerLab’s revenue during the MCO, the brand also came up with its own takeaway menu.

“We didn’t want people crowding around the stores, so we thought it’s better if we develop a takeaway system so people just have to order 30 minutes ahead of time and pay online and once they arrive, the food will be ready, ” he says.

Even with delivery and takeaway options available, all of the restaurants we spoke to are operating at huge losses. None were prepared to switch their models so abruptly and all view food delivery as a means to survive, not thrive. 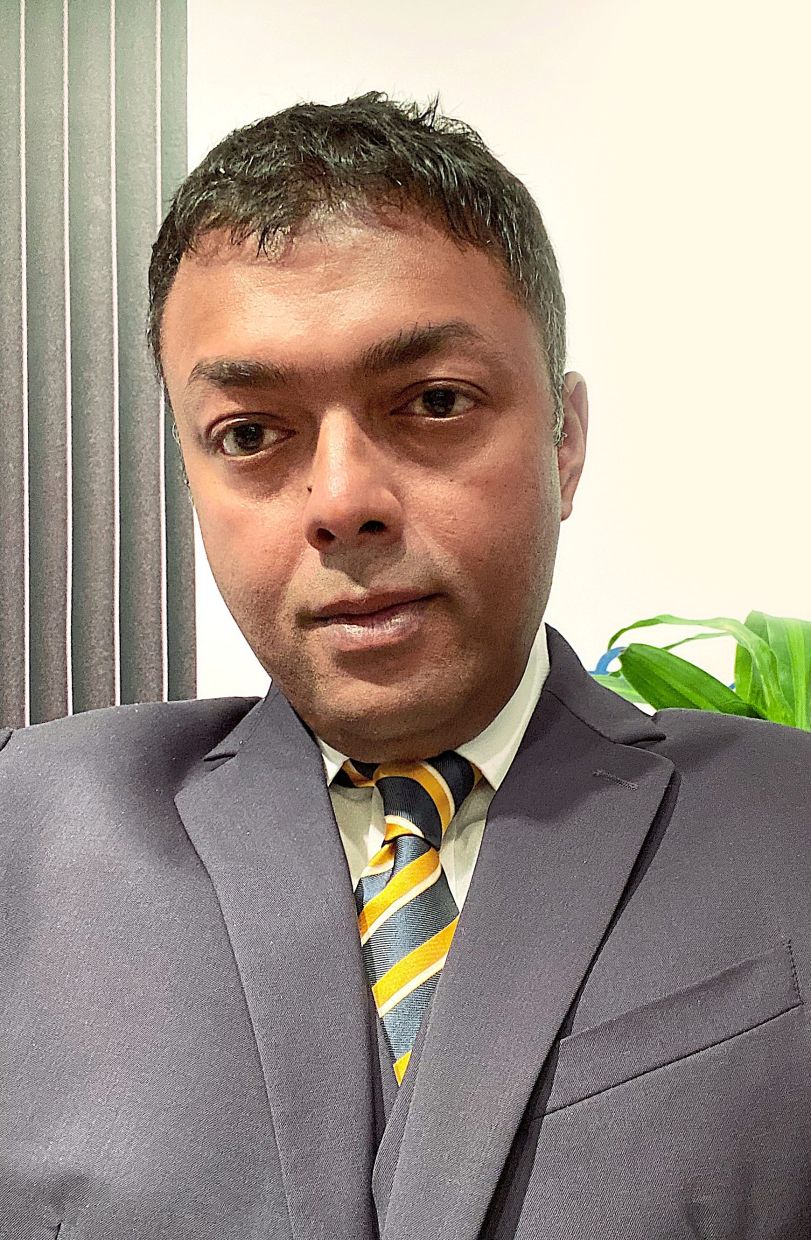 Abethan says although deliveries and takeaways are not sustainable business models, they help minimise losses for now. — The Cinnamon Group

In fact, according to a poll conducted a few days ago by the Malaysian F&B Operators Alliance (MyF&B), which counts over 500 F&B members, 86% don’t believe food delivery platforms offer a sustainable business model.

“No, you absolutely cannot survive on deliveries. Not all restaurants have food that can be delivered. Not everything is meant to be packed in a Tupperware box, so there is a learning curve. Also restaurants are in prime property areas – we are paying hefty rents that are disproportionate for a takeout business. Of course if you started a delivery business from zero, you would do it differently, ” says Abethan, who says his restaurants are running at between 20% to 30% of regular volume.

Even though MyBurgerLab has been relatively successful in transitioning from a dine-in eatery to a delivery and takeaway outlet (the business has only seen a 10% to 20% drop in sales in the past week), Chin says his restaurants are not making a profit.

This could, in some parts, be due to the steep commissions that food delivery services take for each order – up to 35% of revenue.

“We are not really making money, we are just barely breaking even for the month because we do share a certain commission rate with the delivery partners, ” explains Chin, who has himself taken a 20% pay cut in order to keep paying his staff. 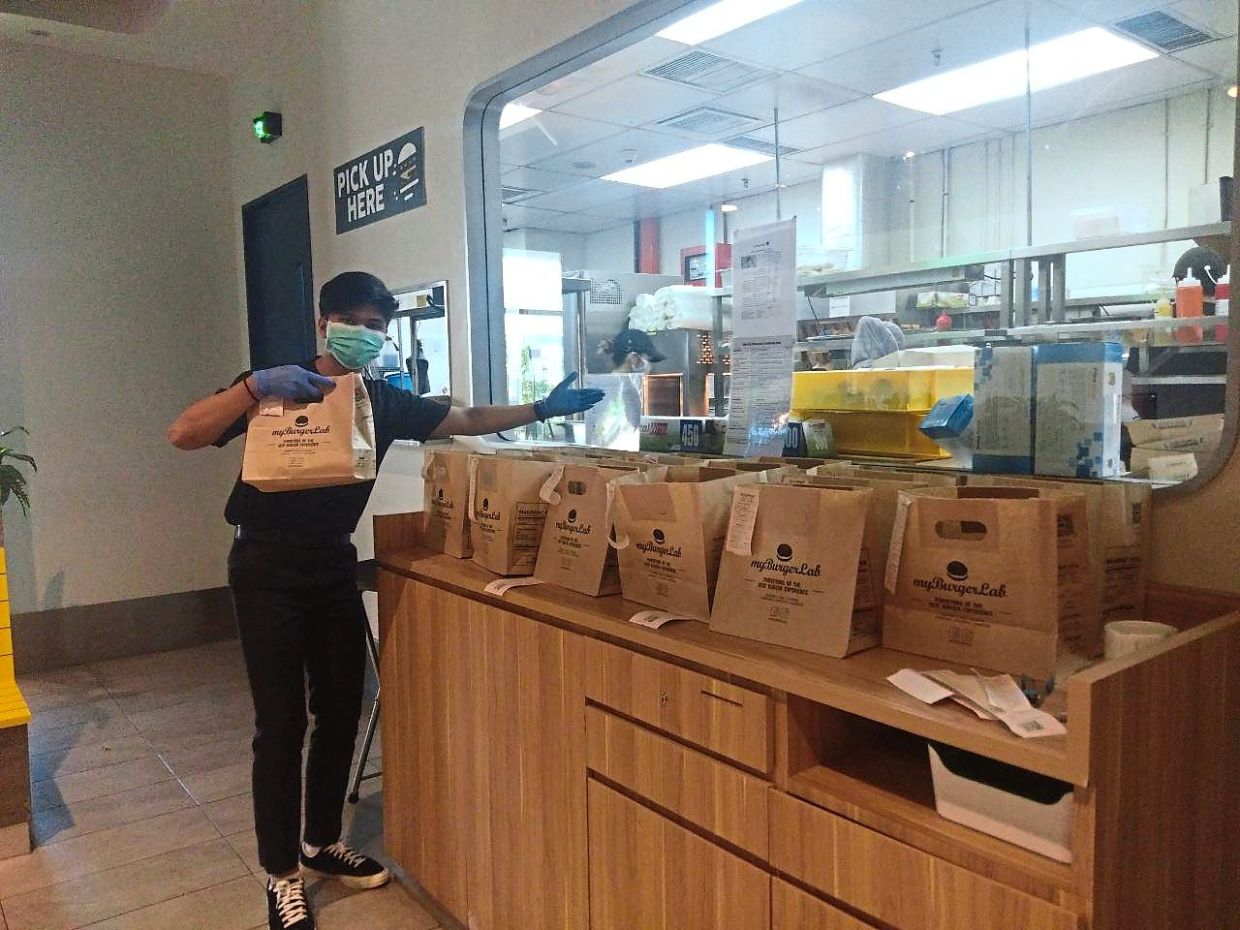 Restaurants find it hard to suddenly shift to the delivery model but they have no choice but to try during MCO.

Low says even though his sales volume has dropped by 80%, he has to get Table & Apron on a food delivery portal like GrabFood, although he knows the commission rates will eat into the restaurant’s meagre takings.

“You’re stuck between a rock and a hard place. You can’t negotiate because you don’t have the leverage and for this situation, I’m sure all the industries are affected. If anything, it’s just making us bleed less rather than die faster, ” he says.

Like many restaurant owners who have rushed to get on GrabFood and FoodPanda, Navin is still waiting to get on board the sites.

“The thing is there are so many dining options on these sites, so even if we get on it, it might not significantly change our sales because our business is so dependent on the restaurant experience. But what choice do we have now? Right now, I’m not thinking about profits, I’m thinking how do we survive, ” says Navin, whose group of restaurants has faced a 70% drop in sales.

In response to the government’s newly unveiled stimulus package, many of the restaurateurs think there are some tangible benefits but not enough specific, tailored policies designed for F&B businesses to weather this storm. 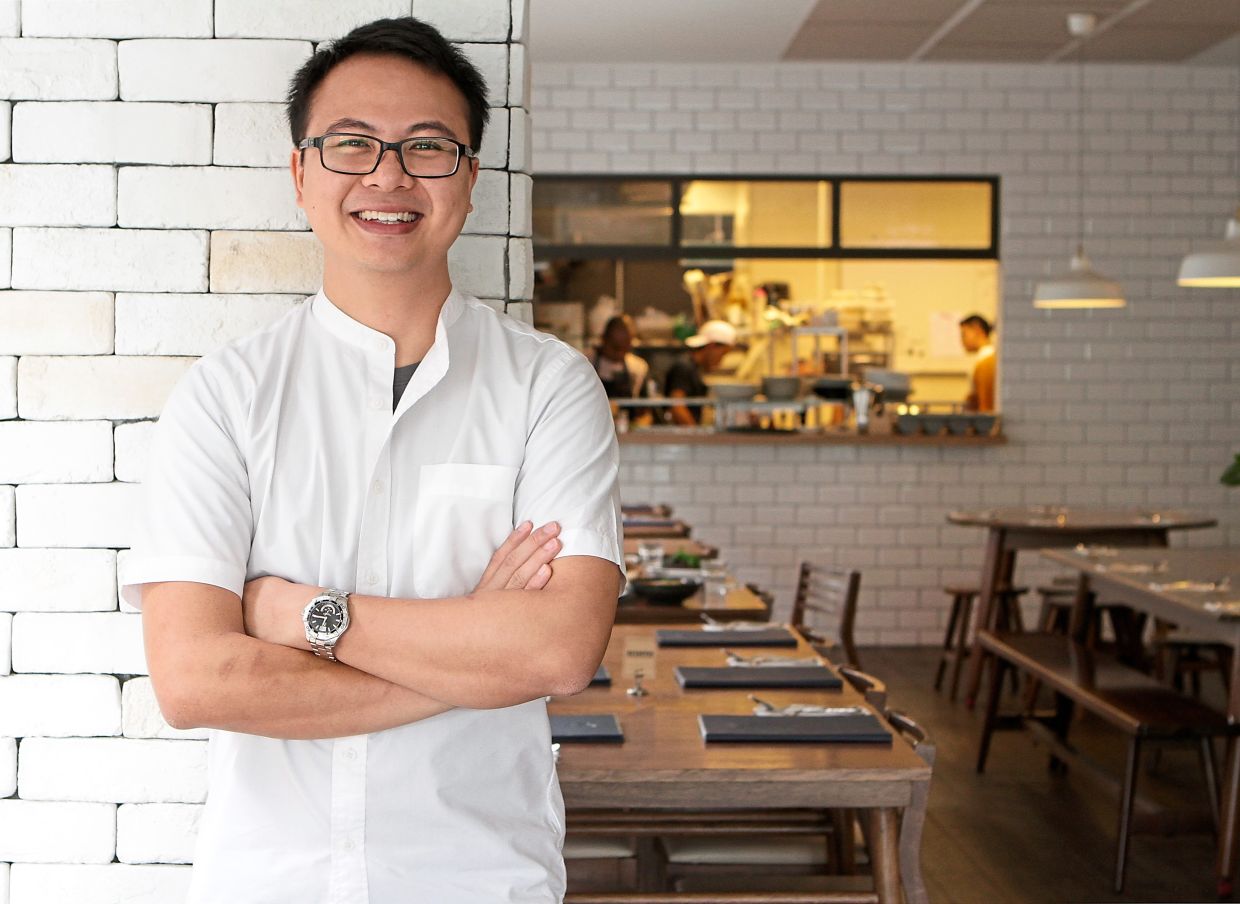 Low says he has had to adapt or face closure. — Filepic

“Most of us will have to take loans – it’s a no-brainer. A lot of people I know are finding it hard to make sure there is cash to push through this. So the Special Relief Facility for small and medium enterprises, which offers loans at 3.5% is very good, because loans are important to us at this point. I just applied for this loan myself, ” says Low.

Abethan meanwhile says that while the government’s initiative of offering RM600 subsidies for three months for employees earning less than RM4,000, on the contingency that the business has suffered a 50% drop in revenue is good in theory, there is some ambiguity about the intricacies of the subsidy.

“Most of our workers are foreign workers, so the government is not very specific about the RM600 subsidy and whether it’s going to be given to these workers. Our industry is 90% foreign-driven, so if it is meant for local staff, it doesn’t really help us very much, ” he says. Navin’s brand The Food Company, which produces and delivers burger patties, marinated meats, sausages and other meals has done well during the MCO, but not enough to sustain the losses from his restaurants. — The Food Company

Ultimately, only time will tell how many restaurants will survive this brutal period. Data from MyF&B’s internal polls indicate grim times ahead. The group says that without adequate aid, over 50% of restaurants will be insolvent within one to three months while 20% may not even make it past the one month mark.

“In my 10 years in business, this is the worst it’s ever been. And even when the MCO ends, people need time to regain confidence and feel safe eating out again. That’s going to take at least a few months, so it is very challenging times for people in the industry, ” says Navin.