No-till farming can often have the same yield as commercial farming. — Filepic

Even in casual company, we seldom mention something that measures around six inches and is fundamentally crucial for the survival of the human race. And it needs to be somewhat wet to function properly. Yet when we see it around our homes, many people prefer to cover it up, usually because of laziness or vanity.

A 1943 paper by Olson & Eddy reported that Leonardo Da Vinci was a pioneer in the research of this subject, and after 50 years of investigations, much of his later life in the early 1500s was dedicated to practical applications of principles he had developed – his observation was “nature is best commanded by obeying her”.

The six inches refer to the topsoil of our vast agricultural and forest lands – and human activity is destroying it. In 2014, in the USA alone, some 1.7 billion tonnes of topsoil was lost by the agricultural industry. Currently, over 40 acres of soil is lost every minute of every day around the world.

Around 95% of our food comes directly or indirectly from soil, along with much of the material needed for building structures, furnishings, textiles, heating, bio-fuels, etc. It would seem contradictory that a crucial resource that humans depend on is also being damaged by industries controlled by humans, sometimes wilfully. So let us investigate why this is happening.

Soil is a complex, loose aggregate of eroded rocks (sand), minerals, silt, clays, organic matter and water. It is also the habitat of an extremely varied range of bacteria, fungi, annelids (eg, earthworms), nematodes (other kinds of worms), insects, etc. 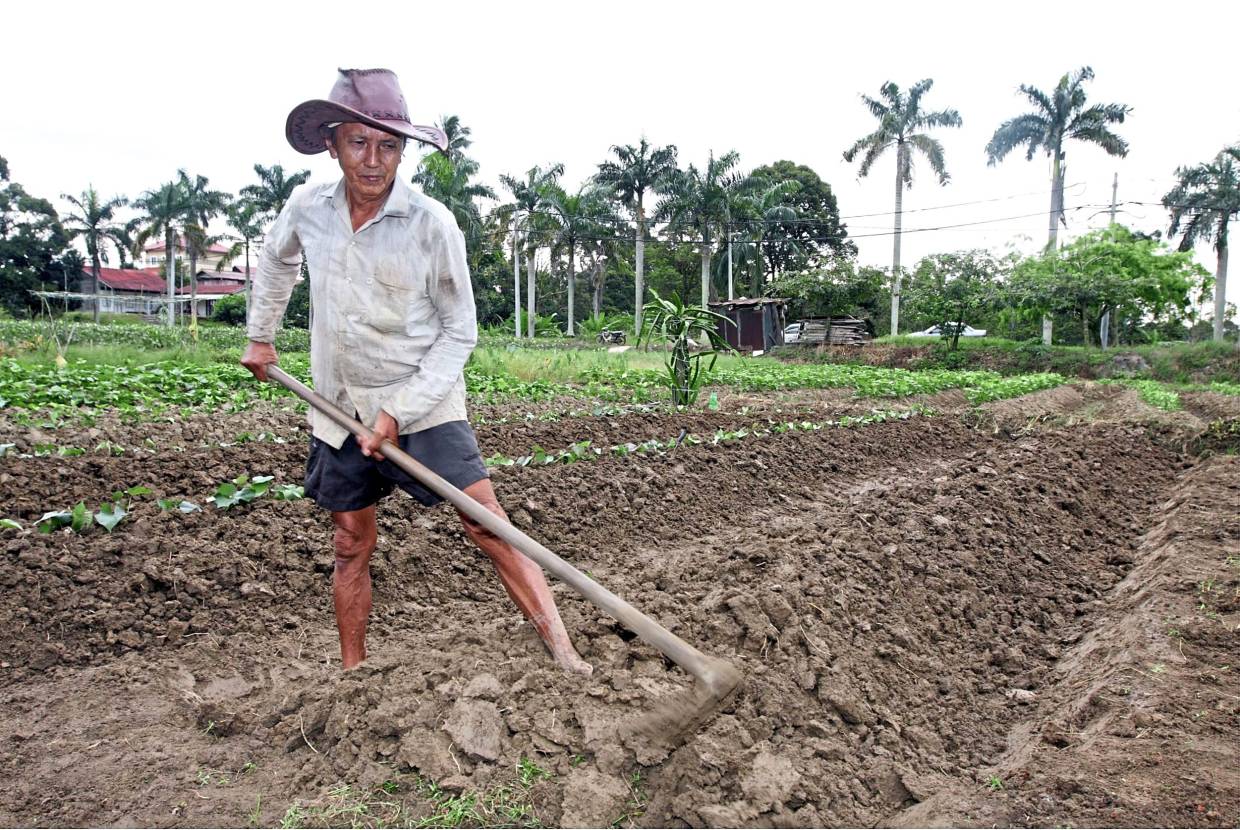 Micro-organisms exist in good soil but tilling the land can destroy up to 90% of the original organisms. — Filepic

Most of the fauna in soil cannot be seen with the naked eye, and depending on location, one gram of good soil can hold between 4,000 and 50,000 species of micro-organisms, many of which are still unknown. Da Vinci’s remark from the early 1500s still ring mostly true today: “We know more about the movement of celestial bodies than about the soil underfoot.”

So how are our soils degraded or lost? The single most crucial ingredient needed by good soil to be productive is water. Without water, dry soil is just dirt, incapable of supporting itself or other crops. So the real difference between human survival and extinction is six inches of soil and rain/water.

Modern mass farming techniques appear to be inflicting a slow death on soil; for example, ploughing and tilling has been used for centuries. This practice changes the structure of soil over time. A ploughed field is susceptible to wind and water erosion and that is after the tilling has killed up to 90% of the original organisms in the soil.

To make up for reduced nutrients due to loss of soil fauna, the industrial solution has been to apply chemical fertilisers, pesticides and herbicides to reconstitute fields which can support crops. And to an undeniable extent, this is working – the agricultural industry now produces over 6,000 calories of food daily for every man, woman and child on our planet, even though much less than 1/3 of this is actually needed.

However, what we gain in calories is lost in nutrients. We may be producing much more food than we need, but the use of synthetic compounds during production means that food has less of the micro-nutrients than our bodies need (minerals, vitamins, etc). This leads to a vicious cycle where our bodies crave to eat more food to attempt to acquire more nutrients which then lead to obesity and diet-related diseases, which then causes even more cravings for food.

The side effect is the soils used to grow these nutrient-deficient crops get more tainted each planting cycle when even more chemicals are applied. Clearly, this is not a strategy which can persist indefinitely, especially as more weeds and pests develop immunity to these chemicals over time.Other uses

Where I live in France, the water that comes from the house taps is spring water. It originates from the snows that fall in the higher parts of the region which is slowly filtered through the terrain over years before settling into underground aquifers which then supply springs for local villages.

The same applies to areas where soil is not mistreated. Soil acts as a filtration system, which can ensure that clean water runs into streams and rivers, thus supporting life in such channels. Where the soil is overwhelmed with chemicals, effluents or where the soil structure is perverted, dangerous slurries will tumble from defiled lands into streams and rivers, destroying aquatic life and even worse, polluting waters downstream for humans.

Good soil also acts as a sponge, and helps manage excess rainfall by soaking up surplus water from rains and storms. Degraded soil will simply wash away with the rain, resulting in landslides and economically-debilitating floods. The human tendency to concrete/pave over land for buildings, roads, car parks and patios also reduces the ground’s natural ability to manage excess rainwaters.

In short, good soil acts as a buffer zone between extreme natural events and our homes and environments. It is time we acknowledge this. Consumers should opt for organically-grown vegetables as much as possible. — CHRISTOPHER PAQUETTE/Flickr

Perhaps even more important than all of the above is the ability of good soil to act as a carbon sink. The current climate crisis may be alleviated to a great extent if the ability of soil to absorb carbon dioxide (CO2) is improved.

As mentioned, good soil is home to many thousands of micro-organisms. All life on this planet depends on having carbon for survival; for example, around 20% of most mammals are formed from carbon. Just improving our soil’s ability to host more micro-organisms can make a very significant difference to the amount of CO2 which can be absorbed from our atmosphere. Due to the sheer volume of soil, it is estimated that an improvement in CO2 absorption by soil of less than 0.5% can offset all the CO2 produced annually via human activities.

Returning to the 1943 paper, it was fascinating to read how Da Vinci made a startling contribution to sustainable agriculture in the 1500s. One practical approach was to use natural erosion to create new arable land for farmers, a method called the colmata system, which translates to “filling to the brim”. It was an ingenious way to harness the power of water, erosion and dams to promote sedimentation which resulted in new rich arable lands. And it was still in use up to the 20th century.

If one subscribes to the idea that current mass food production techniques are not sustainable long-term, then the obvious option is to support food production methods which are more viable for us and our future generations.

This means perhaps not choosing to eat crops produced by huge commercial farms. Instead, a better choice may be buying foods produced by local organic farms. If organic produce is difficult to obtain, then perhaps do some research into looking for supplies from farmers practicing conservation agriculture (sometimes called no-till farming, where the land is never ploughed but is left covered with fodder crops to retain the biodiversity and structure within the soil).

Research has indicated that conservation agriculture yields are similar to commercial farming yields in terms of acreage use – however, it is not as convenient for planting/harvesting compared to large-scale farms, though conservation farming crops tend to be better nutritionally. Curiously, in costs terms, conservation farming is usually cheaper as it does not rely on the use of expensive agricultural chemicals.

Even better, consider growing your own food crops if you have the land. Not only will you add back biodiversity into your garden’s soil, you will enjoy helping the planet and eating food that you know for certain is nutritious.