The Emperor Chinese restaurant at Dorsett Grand Subang has a creative team in its kitchen, crafting contemporary creations without forgetting traditional ones.

Debuting this year is its Japanese-style Prosperity Yee Sang with salmon fish, shredded young mango and crispy fish skin. The mixture of sweetness from the yee sang sauce, sourness from the mango and the crunchy skin left me wanting more.

Executive Chinese chef Bryan Teh said he was aiming to balance the sweetness of the yee sang which is traditionally served first.

“I always thought yee sang should not be too sweet since it is the first dish.

“I wanted to create something refreshing to whet diners’ appetite for subsequent dishes so I decided to add young mangoes which are locally-sourced, ” Teh said.

Those who are adventurous can opt for the Japanese Wasabi Yee Sang sauce.

Soup is another important dish and Teh’s training in Macau led to the creation of the Double-boiled Matsutake Mushroom with Bamboo Bit and Farm Village Chicken.

The soup’s aroma made all heads turn as it was brought into the room. Most of us nodded our heads in agreement at its goodness while slurping away.

The Roasted Crispy Chicken with Sweet Corn and Butter came next. Although a little too sweet for my taste, the chicken was tender and its skin, crispy.

With a generous amount of cilantro, the Hong Kong-style Steamed Mandarin Fish with Superior Soya Sauce was an appetising dish.

When it comes to Chinese cuisine, “wok hei” or the charred aroma imparted by the wok is an extremely important element. The Emperor’s Wok-fried Tiger Prawns with Superior Soya Sauce was another hit.

We were looking forward to having some greens when the Braised Black Mushroom with Dried Oyster and Sea Moss was served. The broccoli which came with the dish quickly ran out.

The chef’s favourite came last. The Steamed Organic Brown Rice with Glutinous Rice and Smoked Duck was another contemporary twist introduced this year.

“It is important to maintain a healthy diet even as we enjoy our Chinese New Year feasts.

“We have started to use brown rice here at The Emperor and it is quite well-received by customers, ” said Teh.

The dish which is a mix of brown rice, glutinous rice, bits of turkey ham and mushroom did not disappoint. Most of us at the table topped up rice instead of smoked duck — a rare scene indeed.

The Emperor’s Lunar New Year feast is available from now until Feb 8 for lunch and dinner.

Those who wish to dine at the restaurant between Jan 24 and Feb 8 are required to make a reservation.

Set menus for eight to 10 are priced between RM1,188 nett and RM1,688 nett. Prosperity Yee Sang is included.

Dorsett Grand Subang will also be hosting an acrobatic lion dance performance at its entrance on Feb 4 at noon.

This is the writer’s personal

observation and not an endorsement by StarMetro. 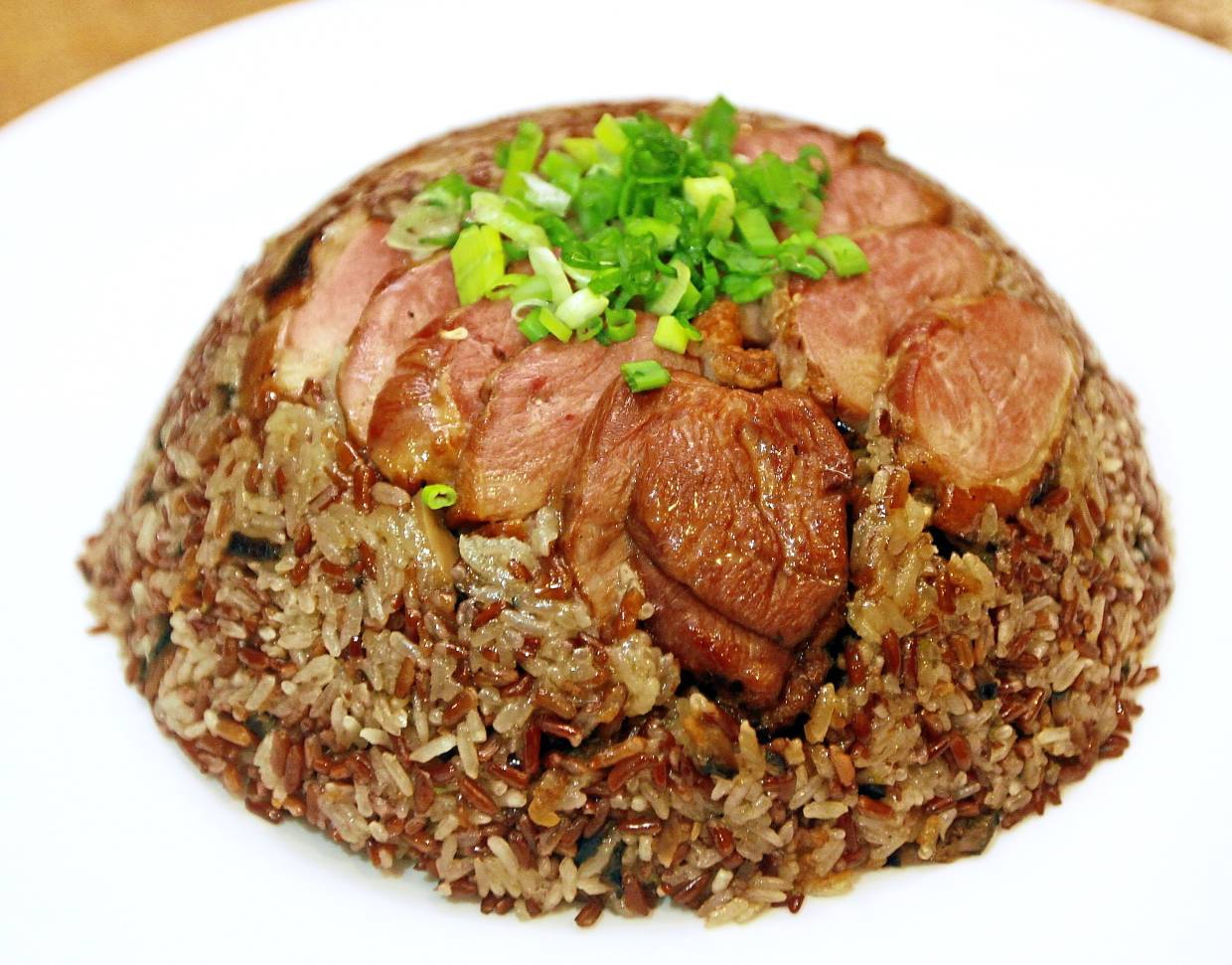