The Paleolithic diet was very plant-based because meat was prized for its high protein and fat content. — ORNELLO PICS/Flickr

As I have an interest in history, I found the extremely well-preserved Roman amphitheatre in the town of Nimes, France fascinating, and doubly so when someone mentioned the gladiators who fought in there from the 1st century onwards were vegetarians, based on a popular video documentary. It was a curious statement which I thought was worth investigating.

These days, many athletes are vegetarians, vegans or at least, heavily plant-based dieters. This includes Lewis Hamilton, the current F1 drivers’ champion, Novak Djokovic, the current tennis world No 1 and Carl Lewis, probably the best sprinting Olympian in history. Gladiators in Turkey in the 1st and 2nd century had a diet high in barley. — ANDREA NGUYEN/Flickr

The study examined the bones of gladiators for isotopes which gave indications of the diets followed. At this point, a little background would be useful.

Gladiators had the Roman nickname of hordearii (barley eaters) because they habitually consumed a specific diet called gladiatoriam saginam which was mainly barley and bell beans (a smaller variety of fava beans called vicia faba).

This diet was designed apparently to ensure that gladiators had enough subcutaneous fatty tissue which cushioned their bodies against cuts and blows, while protecting nerves and blood vessels when fighting.

The findings were unremarkable. There was undoubted evidence the Ephesus gladiators ate considerable amounts of barley, probably wheat as well and in some cases, also a lot of millet and/or maize.

The results for the gladiators were compared to what ordinary people ate in Ephesus during the same period and they were practically identical. The major difference was higher amounts of calcium detected in the gladiators, probably from their habit of ingesting plant ash to aid recovery from wounds encountered in battles. Low levels of 15N were detected for both gladiators and civilians indicating both groups ate little meat.

Significantly higher levels of 15N were detected in gladiator remains at other Roman sites. This indicated those fighters ate meat and from that, it is probably reasonable to conclude gladiators ate whatever was available wherever they were stationed, and there was simply not much meat offered at Ephesus for whatever reason.

There were no similar studies done on gladiator remains in Nimes. This, of course, was disappointingly a long way from claiming that all gladiators were vegetarians. But what is even a longer way away are the types of plant foods consumed 20 centuries ago and the plant foods we have today. 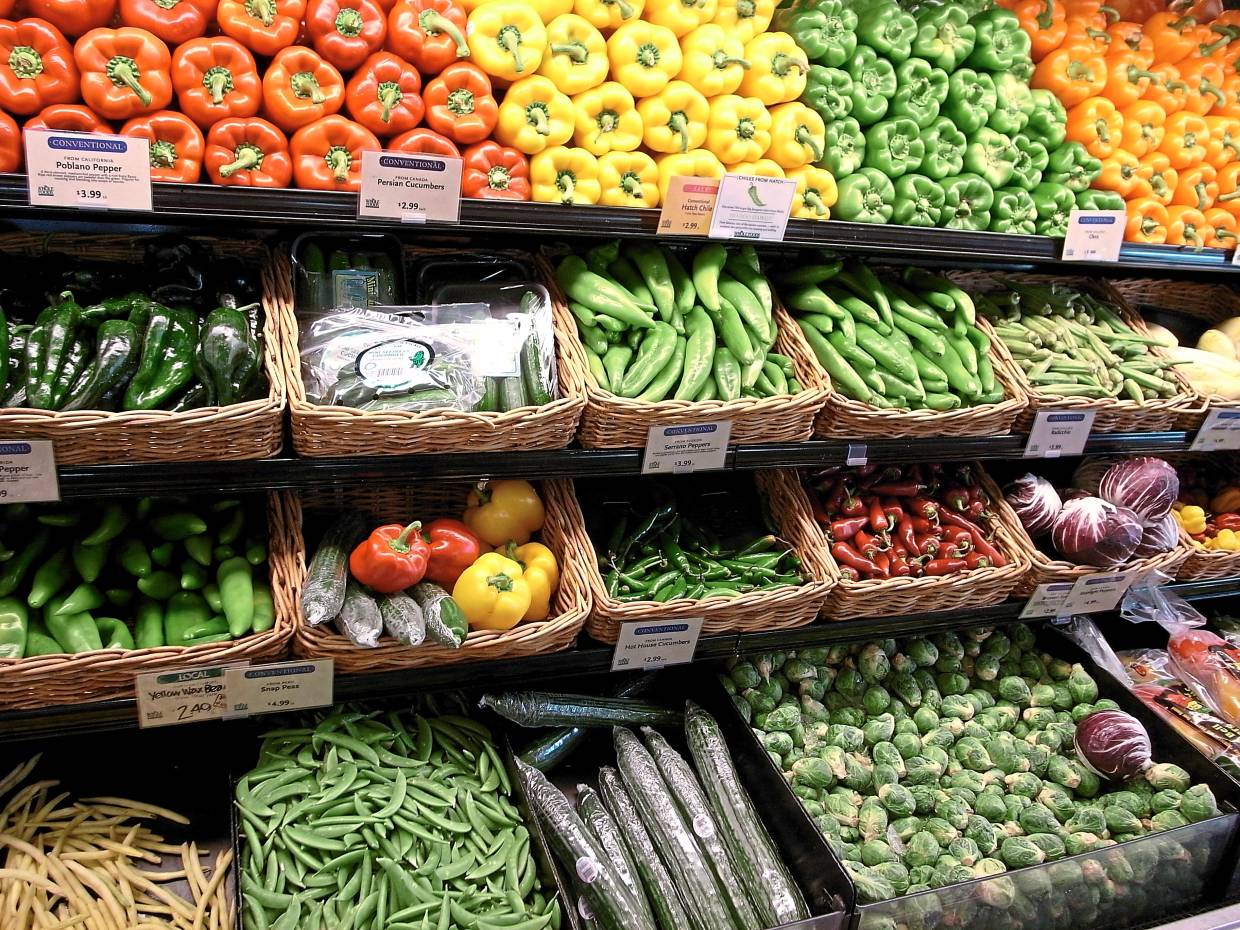 People on a plant-based diet are generally leaner and healthier. — MASAHIRO IHARA/Flickr

For gladiators, data suggests many of them ate a heavy carbohydrate diet partially to gain bulk and fat for protection against fighting injuries. Additionally, they were lower down the food chain than regular Romans and so were eating inferior quality (and cheaper) grains. Modern people today have access to much higher quality plant-based foods. These foods also have a higher protein content derived from a range of different plants unavailable to ancient Romans.

Many of us will be exuberantly over-indulging in food and drink over the coming end-of-year festive season. There is nothing wrong with enjoying festivities with friends and family, and I confess to being somewhat reckless with alcohol, meats (though less than in the past) and fats.

However, many people do not consider the effect of such a sudden avalanche of rich foods and drinks on the digestive system – and this is where eating more like a gladiator, or at least balanced meals, can be conducive to a better recovery from festivities.

The reason is simple: our gut bacteria (also known as the Human Gastrointestinal Microbiota, or HGM for short) is profoundly affected by sudden large changes in diets, and this effect can happen within a very short space of time.

Curiously, this disruption effect is seldom observed when people switch from meat-based diets to plant-based foods, even if there is a sudden avoidance of all meat-based proteins/fats. However, non-disruption does not necessarily apply if excessive alcohol is consumed, or if the plant-based foods are sugary carbohydrates, or if some other HGM-disruptive agent is involved, such as smoking, pesticides, stress, antimicrobials, etc. More on this can be found in my previous article, titled Curious Cook: Time for Gut Feelings, Part 2’ on The Star Online.

There is an old saying, “You are what you eat”, and to a certain extent, that is true. But a better statement might be, “You are what your body can process”. Everyone has idiosyncratic differences in the ways their bodies work, and this includes digestion and absorption of food nutrients and compounds. Eating a balanced meal during the holiday period can help with the post-festivities recovery. — Filepic

For example, it is dangerously foolish for people with severe ALDH2 (Aldehyde Dehydrogenase-2) enzyme deficiency to drink lots of alcohol because their bodies would not be able to efficiently metabolise acetaldehyde (a toxic by-product of alcohol digestion) in the blood. Similarly, anyone lacking the genes to express lactase would react badly to the lactose in cheese and dairy products, and probably in different ways too.

So it is interesting that humans generally seem to tolerate well a plant-based diet, so much so that many millions, including several of the world’s top athletes, consume mainly or solely plant-based foods.

The EPIC (European Prospective Investigation into Cancer & Nutrition) 2002 study done by the University of Oxford, found the main nutritional differences between common diets were the amounts of saturated fat (higher in meat-eaters) and dietary fibre (higher in non-meat eaters), along with lower intakes of retinol, vitamin B12, vitamin D, calcium and zinc in vegans.

Non meat-eaters were generally leaner, healthier and had lower incidences of colorectal cancer (for vegans, lower rates of prostate cancer as well) in follow-up EPIC studies.

Despite people having loosely three different enterotypes (effectively catalogues of various types of bacteria) in the HGM, all enterotypes tolerate well non-consumption of animal proteins, and this is likely related to human evolution.

For Palaeolithic humans, meat had to be painstakingly trapped/hunted down until animal farming began around 10,000 years ago; even then, supplies of meat were still heavily restricted as herds were small and zealously protected.

Therefore Palaeolithic diets were usually largely plant-based and meat was prized for its protein/fat content as the quality of plant-based proteins/fats was very poor. It was only in the last century or so that supplies of meat became commercially plentiful – even so, in 1960, the average person in China still ate less than 5 kilos of meat a year.

The same dietary scarcity also applied to sugar, which Palaeolithic humans could only gather periodically when fruits were in season.

Hence it is understandable why sugar and meats play such important roles in our feasts, which are usually adaptations of harvest celebrations. Our evolution has conditioned our bodies to crave the tastes of sweet things and meat because they were desirable energy-giving rarities in our pre-historic diets, and these cravings are still lurking in our genes.

The modern complication is that sugary foods and meats are now too easy to obtain; they also surround us 24/7 and are conspicuously affordable. As the cost of acquisition is so low, many people simply over-consume in an unbalanced manner and the low cost of acquisition is then offset by the high cost of obesity and diet-related diseases.

The irony is our choices today of healthy plant-based foods have never been higher and they are cosily naturally in sync with our digestive systems. Modern plant-based foods also taste great and are easy to include in our diets.

A rough guide is to derive 50% of the daily required calories from complex carbohydrates (containing around 35 grams soluble and non-soluble fibre), 25% from proteins (remember plant protein is equivalent to animal protein), 25% from fats/oils (with omega 3 and 9, while avoiding trans-fats and fried foods).

You do not need to avoid meat every day as it is comfortable to be flexitarian (skip meat a few meals a week), but in case your 2020 New Year resolution is to become vegan, then remember to occasionally ingest supplements for vitamin A1, vitamin B12, vitamin D, calcium and zinc.