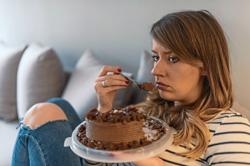 Recent research has shown that overconsumption of sugar may impact the gut microbiome, which can lead to metabolic disease. — OFIR ELIAV/Pexels

I recently had a depressing conversation with a climate change denier. Or at least, he does not say that climate change is not happening, but he believes that whatever changes are happening are the results of “natural” variations of climate on our planet.

It is quite certain that you have read or heard this same claim from other people before, and you would probably be aware that their views are usually influenced or directly funded by the fossil fuel industries via the media. But it is an inaccurate fallacy. And how do we know this? Because their views contradict the science, such as the papers published by the British Antarctic Survey.

Ice cores taken from the frozen ice sheets in Antarctica, dating back some 800,000 years, have established that levels of carbon dioxide (CO2) and methane (CH4) have remained relatively stable for almost the entire period of the sample, until the last two centuries, when they spiked up exponentially. Levels of carbon dioxide have shot up over the last two centuries, driven by industrial activity. —MARKUS DISTELRATH/Pexels

These worrying spikes are undeniably related to human industrial and agricultural activities. In the Antarctic ice cores, there were past periods when CO2 content was elevated but never to the levels seen today. And in each of the past periods associated with some increase of atmospheric CO2, such periods were also always accompanied by some warming of the planet.

Further geological studies have established that atmospheric CO2 on earth has recently passed levels not seen for around four million years, when the average surface temperature on earth was 2C to 3.5C higher than the current temperatures today.

The other more alarming explanation is that atmospheric CO2 provokes an increase in earth temperatures simply after levels of CO2 exceed some threshold amount. This is unnervingly plausible as previous rises in earth’s temperatures did not occur until CO2 levels were above around 250 parts per million (ppm), and higher amounts of CO2 appear linked to faster increases in earth surface temperatures, some seemingly within hundreds instead of thousands of years.

The reason why this is alarming is because current levels of CO2 in the atmosphere is now 416 ppm, well above the observed “threshold” levels that seem to have prompted significant global warming in the past. Nobody knows for sure what will happen with such current high levels of atmospheric CO2 as past geological records are not precise enough to ascertain any definite deltas (or rate of temperature change relative to CO2 levels). The level of CO2 in the atmosphere is well above the thresholds that have prompted significant global warming in the past. — VALDEMARAS/Pexels

At this point, I must caution that some things are genuinely not worth finding out, and one of them must be what will happen to our planet when we keep pumping CO2 into an atmosphere where CO2 levels are already elevated past previous periods of global warming.

We have all read about the dangers of sugar, and how overconsumption of sugar is a leading contributor to a range of syndromes ranging from obesity, cardiovascular disease, diabetes, liver disease and even cancers. Generally, it is thought that it is because too much sugar introduces too much glucose into the bloodstream and this is linked to excessive insulin tolerance, which leads to side effects such as diabetes, chronic inflammation, and overloading of the liver.

All the above is true and remain true, based on volumes of research done over the years. However, a new negative impact of sugar may have been uncovered by Columbia University, where research on rodents has established that excessive sugar can alter the gut microbiome, setting off a chain of effects which leads to metabolic disease, a predisposition to diabetes and weight gain. Sugar may be a reason why obese people have poorer immune systems. — POLINA TANKILEVITCH/Pexels

Excessive sugar consumption in rodents consistently led to a significant drop in filamentous bacteria in their guts, which in turn led to a fall in Th17 cells in their intestinal systems. In humans, Th17 cells are associated with providing immunity and protection against external pathogens and form an important part of the immune system. Hence, it is plausible that overconsumption of sugar can also negatively affect the human immune system.

So, this is one more reason to cut down on sugar and may be an explanation as to why obese people tend to have poorer immune systems, especially if they like sugary foods.

However, having a plentiful supply of Th17 cells, but which are poorly controlled by overactive regulatory cells such as IL-23, can lead to harmful chronic inflammation within the body. In fact, the faulty interaction of IL-23 and Th17 is the cause of several chronic autoimmune diseases such as psoriasis and ankylosing spondylitis.

A study published recently in the prestigious British Medical Journal followed around 159,907 female and 46,341 male subjects over a period of 25 years and found that people eating ultra-processed foods have a 29% increased relative risk of colorectal cancer.

As a comparison, the WHO has listed processed meats as a Class 1 carcinogen in 2015 due to an increased 17% risk of colorectal cancers for people regularly consuming processed meats (eg, meats treated with nitrites, etc). The risks seemed to be significantly higher for men who regularly consume popular processed foods such as sausages, bacon, ham, fish cakes, and sugar-sweetened beverages.

For women, the risks appeared to be very much lower, apparently because the women subjects tended to consume a different range of processed foods than men; for example, fruit yogurts. As a result, for the women in the study, there was surprisingly no link established between colorectal cancer and processed foods. A July 2022 study found that middle-aged people who eat a lot of processed foods like sausages have a 43% increased risk of developing dementia later in life. — EDWIN JAULANI/Pexels

To put this into context, six out of 100 people in the UK will develop colorectal cancer over their lifetimes, regardless of diet. With people eating processed meats, the number rises to seven out of 100. And with people eating ultra-processed junk food, that increases yet again to eight out of 100, which is quite an uncomfortable level of risk.

Another interesting study published in the July 2022 issue of Neurology, the journal of the American Academy of Neurology, found that middle-aged people on diets with excessive amounts of ultra-processed foods have a 43% increased risk of developing dementia in later life compared with people with minimal consumption of ultra-processed foods. The research was done over 10 years on 72,083 subjects aged 55 years or more, who did not have dementia at the outset of the study.

These research studies indicate a proper, balanced, nutritious diet is important at all times during a person’s lifespan. There is no real excuse for eating junk food too often if one genuinely cares about physical and mental wellbeing in later life. 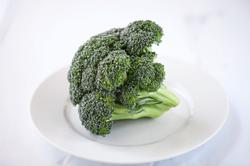 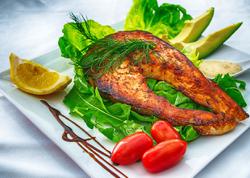 Is adopting a raw food diet good for you?
Far from finished: How whisky finishing adds a different dimension to the spirit
Curious Cook: Optimum nutrients for health
Think you know all about probiotics? Then take this quiz
The problem with eating less in old age
How to get your kids to snack right
Traffic light food label fosters healthier diets
The blue hue of blueberries indicate their health benefits
Want a healthy, tasty snack? Try these homemade options
Nasi kandar classics given fresh twists