Instead of the usual breakfasts, a protein-rich one may help maintain better muscle health. — COTTONBRO/Pexels

It is now a long time ago, but I remember vividly the first days when I started to reduce my consumption of meat here in France. I suppose I was a meat addict years ago, and it was very difficult to cut down entirely on meat, which I had tried to do as an experiment on myself.

So, the first week of vegan food was grim, forcing myself to eat carrots dipped in humus, or cucumber raita with pitta bread, or various kinds of bean salads. But eventually, my taste buds seemed to adapt a little better, though I never attempted another full week of vegan dieting. I decided to be a flexitarian instead, most of the benefits of a mainly animal-free diet but with much less of the pain.

And later, I will offer a simple example recipe which can encourage the switch from being an animal protein lover to becoming a fan of plant protein, with very little effort.

During my vegan week experiment, I had thought that it was a mental aversion issue which I was overcoming by the end of the week. But a new paper from Purdue University’s SPIT Lab (Saliva, Perception, Ingestion and Tongues Laboratory) suggested something more curious may be happening. Bitterness is our most sensitive taste sensation. — ALEX GREEN/Pexels

It seems that saliva is not just for keeping the mouth moist; it is also a liquid mix of compounds that help with digestion and includes various proteins which affect the taste of different kinds of foods. It is suggested that saliva may even have transport molecules that convey smells and subtle scents from food into other parts of our olfactory system.

What the SPIT Lab wanted to investigate was whether the composition of the compounds and proteins in saliva can vary depending on the types of food eaten, possibly as an aid to better digestion.

This seemed a little far-fetched initially, but experiments with serving 64 test subjects with foods of varying bitterness each week during six separate weeks indicated that subjects exposed to bitter foods ended up with saliva which contained more special proteins that appear to bind with bitter polyphenols. And the more bitter the food, the more such proteins are found in the saliva.

Bitterness is our most sensitive taste sensation, probably because during our evolution, our bodies have determined that most toxic compounds in nature also tend to taste bitter. Due to the huge variety of bitter compounds around us, the perception of bitterness is therefore necessarily a sophisticated process. 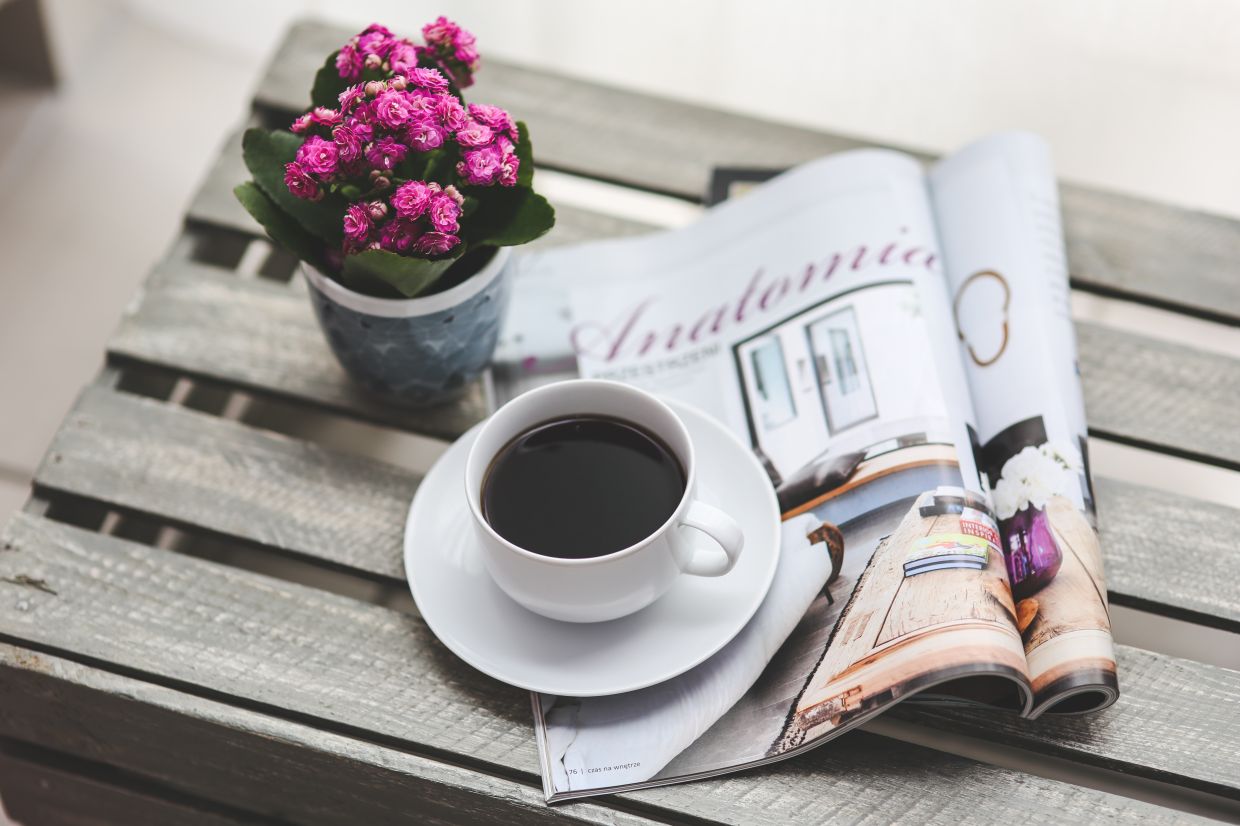 One of the theories about how bitterness is communicated to the brain is that ion channels sensitive to bitter molecules transmit messages to tell you that your coffee is too strong or a meals is overcooked. — KABOOMPICS.COM/Pexels

The sensation of bitterness starts with G protein-coupled receptors (GPCR) based around a protein called gustducin which react when encountering various bitter compounds. There are between 35 to 43 types of bitter-sensing GPCRs, although they can sense rather more than 43 bitter compounds when working in combinations. When a bitter compound is detected, the affected GPCRs release other compounds like inositol triphosphate and diglycerides.

How the bitter taste is communicated to the brain is still a mystery due to the complexity and numbers of GPCRs involved. One theory is that the receptors charge up with calcium ions which then discharge to send a neurotransmitter signal. Another theory is that there are special ion channels (as for salt and sour) which are sensitive to bitter molecules which charge up and then discharge to send neurotransmitter messages to tell the brain you have made the coffee too strong or have seriously overcooked dinner.

The activity of GPCRs (and the detection of bitterness) are normally mediated by special compounds such as adenosine monophosphate (AMP). However, the paper is unclear about whether AMP is involved in the taste buds “adapting” to bitter foods or whether there are other proteins which bind to bitter polyphenols which then limit the ability of GCPRs to detect them. Currently, the suggestion is the latter. It seemed that the composition of saliva can change already within a week of constantly ingesting bitter foods.

More research is needed on this curious phenomenon, but a possible implication is that one may need to stick to a new diet for around a week before your salivary glands adapt to the foods.

An odd paper from Waseda University published last week has suggested that the absorption of proteins from food is related to the times when proteins are ingested, and the paper offered a concept called “chrononutrition” to describe this effect. 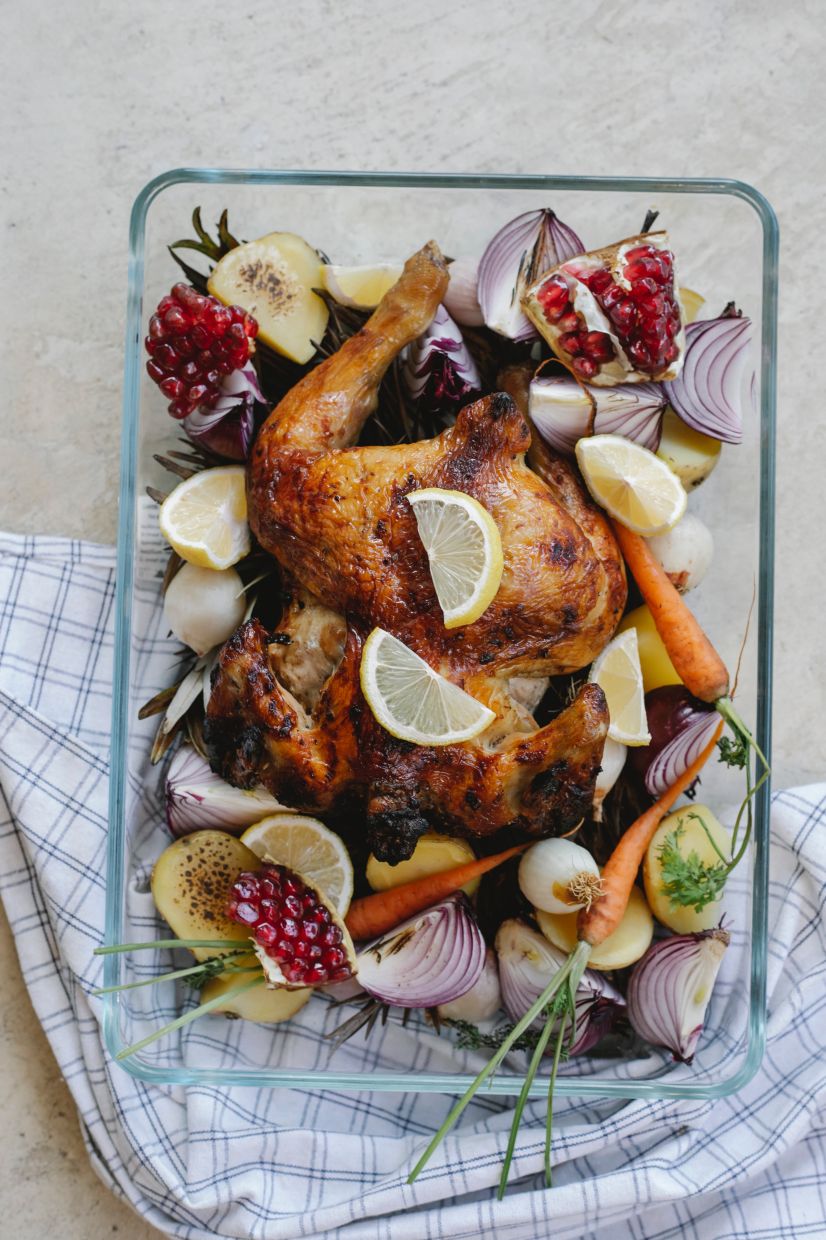 Research has shown that protein is best absorbed in the morning, so save that roast chicken meal for breakfast next time! — TIM DOUGLAS/Pexels

Basically, in this paper, the body’s internal clock mechanism (the circardian rhythm) is found to affect protein digestion and absorption. It appears that proteins are better processed by the body in the morning rather than the evening, which is contrary to the consumption pattern of most people in modern societies.

The study found that, in Japan, the average protein intake during breakfast is 15 grams while 28 grams are consumed during dinners. If this pattern is reversed, the paper made the following claim: “Protein-rich diet at an early phase of the daily active period, that is at breakfast, is important to maintain skeletal muscle health and enhance muscle volume and grip strength.”

Before we get all excited and switch our eating plans, the main research was initially done on mice, and then later the same dietary plans, adjusted for humans, were transferred to a group of 60 women aged 65 years or older. With these women, their skeletal muscle index and grip strength was monitored and found to have improved.

Whether this research is relevant is uncertain at present, but I suppose it is possible that loading up more with proteins in the morning rather than the evenings may maintain better muscle health.

This is anecdotal but one way I found of adjusting down the consumption of animal protein while replacing it with plant protein is via the use of hybrid or transition flexitarian meals. The ideal meal would be a tasty dish loaded with healthy plant proteins and fibre but have the equivalent yum factor of a meat-based meal.

This is easy to achieve, and an example recipe, which also uses up any leftovers, is as follows: 600ml stock (made from cubes is fine)

Put olive oil, onions, and teaspoon of salt in frying pan and fry on low-medium heat for 15-20 minutes until onions become gold in colour

While frying onions, wash the lentils until water runs clear, and put in a saucepan. Add stock and boil for 12 minutes. Start on high heat and turn heat to medium to maintain the boil.

When onions are golden, turn the heat up to medium-high, add in the butter. When butter has melted, throw in the dry basmati rice, and stir fry until all the rice is coated with oil.

Now add the leftover meats and vegetables, and stir fry for a minute or two, until rice is starting to crisp and leave tiny brown traces on the bottom of the pan

Pour in the lentils and mix well into the rice. Add in more water if necessary to ensure rice and lentils are just covered with water. Taste the liquid and season with salt and pepper as preferred

Cover saucepan and cook on high. Once boiling, turn heat down to low and cook for 12 minutes.

Open the saucepan and check if there is liquid left at base of rice and lentils. If so, cook on low heat for another few minutes.

The above dish contains adequate protein for four persons, plus a healthy amount of fibre. It can be served as a staple to serve with different foods (e.g. vegetarian burgers, fish, etc). It can also be used as a stuffing for large peppers and tomatoes.

The principal idea is to cut down on animal proteins, especially beef. This is healthy for both humans and the planet. There is no necessity to completely avoid animal protein but cutting down eating meat by 50% or more is extraordinarily easy to do with the right motivation and a few choice transitional recipes.