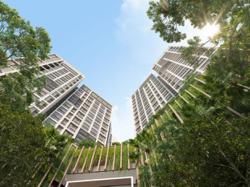 Ibu Sharifah showcasing her home-style dishes with Yuzgausran at the hotel.

A HOUSEWIFE from Penang is having her family recipes featured at a five-star hotel in Melaka during Ramadan.

Casa Del Rio head chef Yuzgausran Yahaya said he invited his friend’s mother to present her family recipes at the hotel for the fasting month.

“My friend invited me to their house in Seberang Perai earlier this year to taste his mother’s cooking.

“Her dishes were tasty, so I thought it would be great to feature them at the hotel for Ramadan,” he said.

He roped her in to be part of his kitchen team when she agreed to guide them in the food preparation.

Ibu Sharifah, he added, inherited the recipes and her cooking skills from her mother’s side of the family.

“She has been cooking for neighbours and social gatherings in her hometown.

“It is the first time she has been invited to cook at a hotel,” said Yuzgausran.

She would be staying at the hotel until Hari Raya Aidilfitri, he added.

The “Rasa-rasa Casa” buffet dinner is priced at RM108nett (adult), senior citizen (RM78), children (RM54) and is available until May 1. — By RSN MURALI