The Pier will welcome diners as they come in from one of the entrances.

RELISH a vast variety of Penang’s street food plus some international flavours all under one roof at the new Gurney Food Hall.

Located on the fourth floor of Gurney Plaza in Penang, the pork-free upscale dining spot is one of the largest on the island with an area of 33,000sq ft.

Welcoming diners since the start of this month, it will have its Grand Launch at 10am today with a lineup of exciting performances.

These, along with seating for up to 600 pax, are spread across four well-conceptualised zones that pay homage to Penang’s history.

Just like how a pier was the first stepping point of foreign merchants and travellers who came to the island in the past,

The Pier welcomes diners as they step into Gurney Food Hall and highlights its many culinary attractions.

Nearby, The Port’s nautical- themed decorations like shipping containers are an ode to the island’s previous free port status which led to an economic boom.

The island’s natural wonders are celebrated at The Palm.

In this section, mini ‘roads’ are lined with trees for a verdant ambience.

Those preferring a quieter meal should grab a seat at The Patio, which cleverly uses lighting to recreate sunshine at one area and a cosy corner under a tree at another.

Wherever one ends up in, the diverse mouth-watering delights are sure to create a memorable and even social media-worthy experience.

The Grand Launch today will be hosted by Malaysian television host and actress Adriana Adnan and feature a lion dance.

performance with lyrics referencing delicacies at the food haven.

There will also be a percussion show featuring unconventional props as instruments by BatteryHeadz, who are WGI Malaysia 2015 and 2017 champions.

In conjunction with the opening, Gurney Plaza has lined up redemptions for shoppers.

From tomorrow, one can redeem a Limited Edition Gurney Food Hall non-woven bag when spending a minimum of RM100. There are five designs to be collected by shoppers.

From Nov 20, redeem a Tapao-Where food container when spending a minimum of RM200.

From Dec 1, spending the same amount entitles you to redeem a portable cutlery set.

The required spending amounts for all three redemptions mentioned above must be in a maximum of two combined same-day receipts, one of which must be from the Gurney Food Hall.

Finally, from Dec 15, those spending RM30 or more in a single receipt on weekdays can also redeem a mask holder.

All redemptions must be made at the information counter and are only valid while stocks last. The Pier will welcome diners as they come in from one of the entrances.

The Patio gives diners a quiet ambience to enjoy their meal. 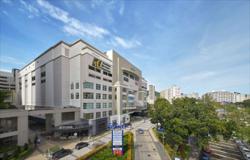 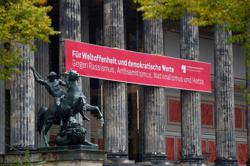