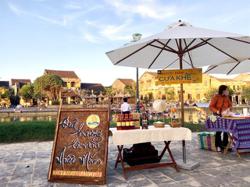 NOW more people can get a taste of empurau fish, the one expensive delicacy known for emptying pockets and giving diners a meal they will never forget.

Also commonly known as wang bu liao, which means unforgettable in Chinese, this fish, which is not commonly sold in markets, is now available at Ming Ren Xuan fine dining restaurant in Avenue K Kuala Lumpur, for the dining pleasure of gourmets.

The restaurant is having its “Everyone Can Eat Empurau” promotion at RM2,688 for a table of eight from now until Nov 30.

This includes a fish weighing between 2.2kg and 2.5kg served in a seven-course meal.

“We also have larger empurau for those with bigger appetite or more people at their table, but pre-booking is required, at least a week’s notice, ” said restaurant owner Datuk Sri Alvin Ang.

He added that the fish served at the restaurant was flown in straight from Sarawak and they were at a good price because a deal had been struck with the supplier.

“This fish is hard to find in Malaysia and once you’ve tried it, you and your wallet will never forget the experience.

“But now, we hope that more people will be able to try and enjoy the fish as due to increasing demand from abroad, the price per kilogram can easily exceed RM1,000, ” he said.

During the meal, we were served the empurau fish which looked pretty huge and its meat was tender and juicy.

The fish was steamed in soy sauce and its flesh was really fragrant and sweet.

However, sorting out the bones was not a pleasant experience as it had many bones in varying sizes.

Having said that, we could really taste the difference as the meat from the empurau was silky and smooth.

After savouring the meal, the restaurant’s executive chef Dixon Lai shared a few tips on how to tell if it is real empurau fish one was getting.

“The nice ones have a golden yellowish colour on its body with thick lips and two small whiskers at its mouth area, ” he explained.

Lai added that the fish also gave off a pungent smell from its mouth, because of the fermented fruits it eats in the water.

This fish normally feeds on fruits and preys on smaller fish, which is what makes its meat sweet.

“But as you clean the fish and you get to the belly or the fattest part of the fish, there will be a fragrant smell, ” he said.

Apart from that, a good empurau must have a broad body and shoulder with a thin or small tail.

“After you cook it, you can also tell if the empurau is good as its meat will melt in your mouth and is juicy and sweet, ” he said.

Another dish served here was the chilled Boston lobster with black truffle salad, served with half a soft-boiled egg and caviar.

These were bite-sized portions that were really tasty and the lobster, though in small pieces, was chunky and tender.

We also had a hearty and warm bowl of fish maw soup filled with an assortment of dried seafood.

It was a really generous portion of double boiled soup, which warmed up our tummies and gave us a nostalgic feeling of home-made soup.

Also on the menu was the braised jumbo tiger prawns with glass noodles tossed in home-made chilli paste.

The prawns were huge and succulent and the sauce went really well with the glass noodles, which was light and appetising.

Before the meal ended, we were also served fish skin, which was fried and tossed with some chilli powder.

Crispy and flavourful, these bite-sized pieces could also easily be had as a beer snack. Chilled Boston lobster with black truffle salad, served with half a soft-boiled egg and caviar.