POON choy, sometimes known as “treasure pot” or “big bowl feast”, is a traditional one-pot dish that requires teamwork to prepare and cook.

According to Shang Palace executive Chinese chef John Chu, the dish that is enjoyed communal style is also tedious to cook due to the many elements involved.

“The poon choy typically comprises three layers — vegetables at the bottom, meat in the middle and seafood on top.

“Each ingredient is either stewed, braised, fried or cooked in a particular method.

“They are prepared separately then assembled together in a pot, ” he said, adding that the restaurant’s version was topped with abalone sauce. 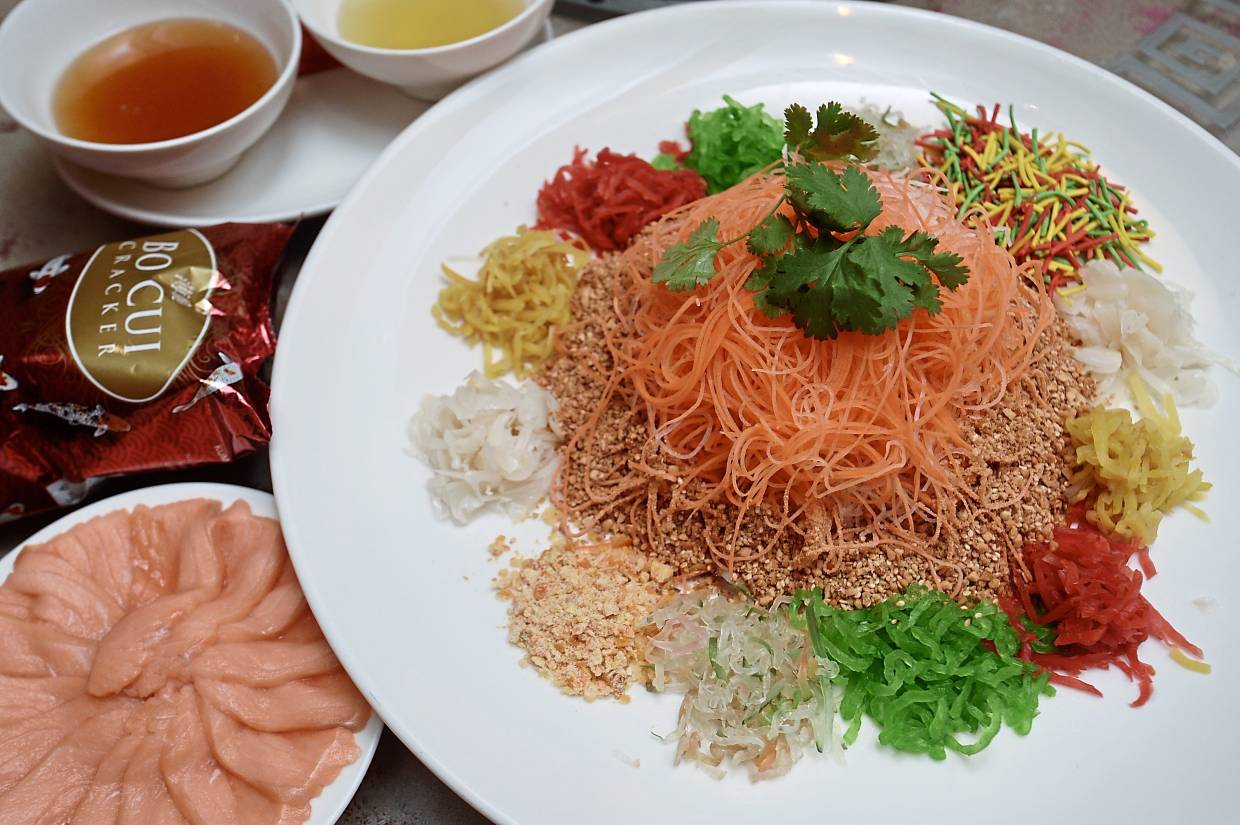 Chu said that what made Shang Palace’s poon choy different this time were the ingredients that were of higher quality and served in a ceramic pot (instead of clay) to better keep the dish warm.

It is priced at RM1,988 nett for 10 persons. Advance reservations are required.

Shang Palace at Shangri-La Hotel, Kuala Lumpur will be presenting four set menus for diners to welcome the Year of the Metal Rat.

The Great Prosperity set menu is priced at RM238 nett per person.

The eight-course menu is for a minimum order of four persons. 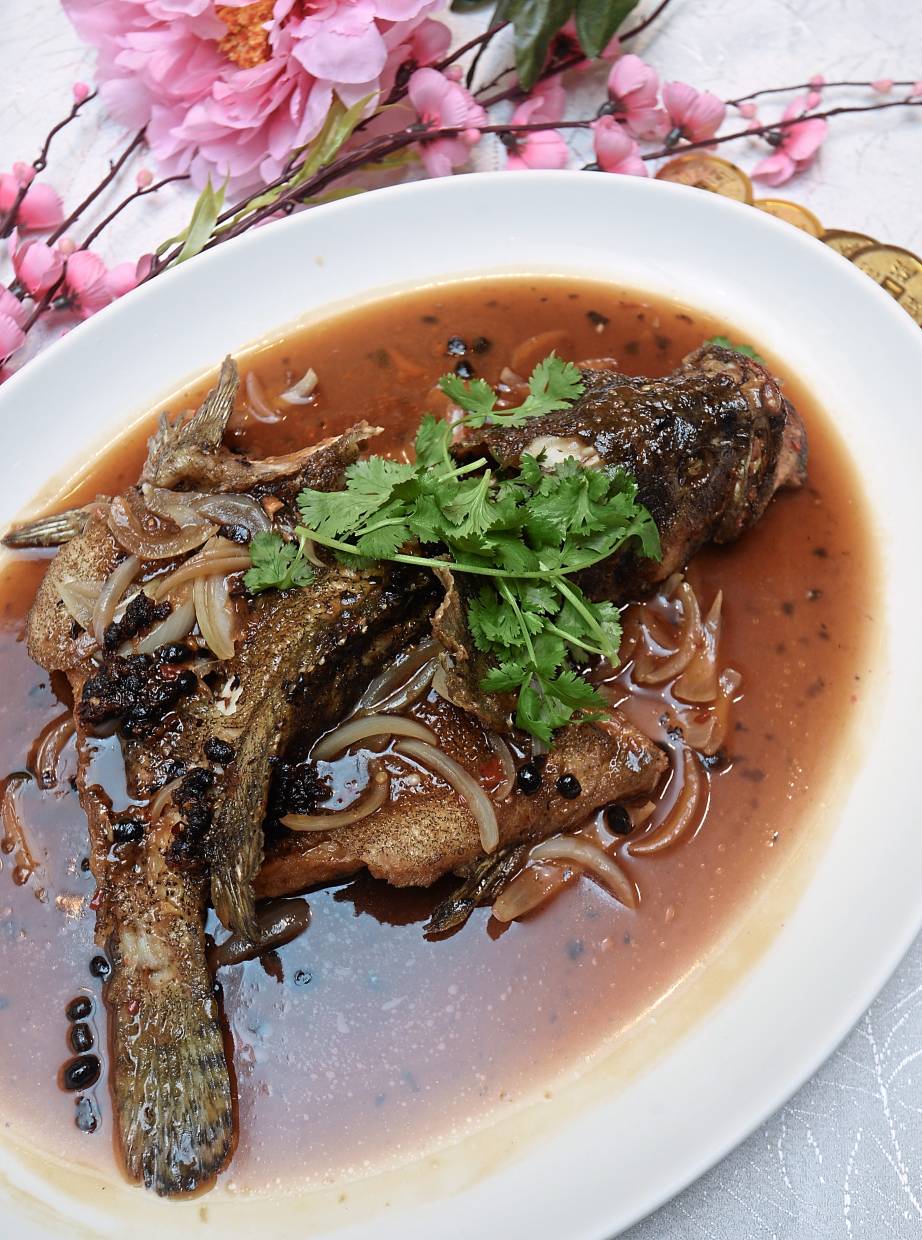 Those dining in a group of six persons or more can choose from three menus, each offering nine courses.

“We are sticking to tradition by serving traditional Cantonese cuisine for Chinese New Year, ” said Chu.

The chef said he was happy to be back in Malaysia after his most recent overseas stint in the Bahamas, as it allowed him to showcase his creativity and experience in Cantonese cuisine and because Malaysian diners were better able to appreciate the dishes.

In addition to poon choy, Chu presented a selection of dishes from the Rich Fortune set menu, which he said was the most popular, during a preview of Shang Palace’s festive offerings.

This was followed by the Combination of Crispy Chicken Stuffed with Water Chestnut and Almond Flake and Crispy Chicken Roll with Salted Egg, as well as Stewed Omega-Rich Grouper Fish with Spicy Black Bean and Onion Sauce. 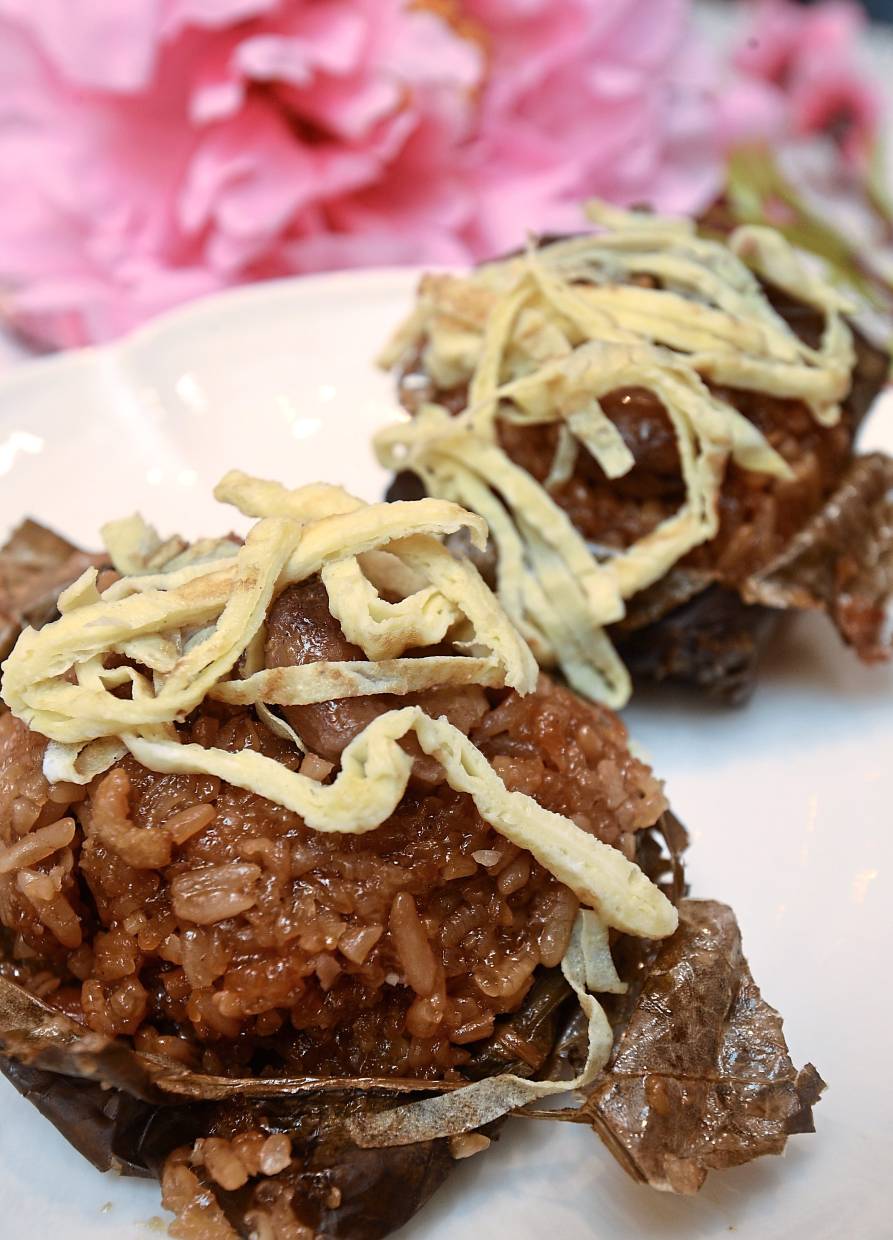 The Steamed Rice with Assorted Meat and Chestnut wrapped in Lotus Leaf came nicely packaged in individual portions and was flavourful until the last bite.

For sweet endings, all the set menus finish with Assiette of Chinese Pastries and Sweetened Ginger Soup with Glutinous Black Sesame Dumpling and Red Date.

Prices range from RM99 nett for a small portion to RM498 nett for a large portion.