WHEN preparing festive meals for Chinese New Year, many home cooks and chefs will include ingredients that are said to invite good luck and prosperity for the year ahead.

A must-have on the reunion table is fish and this is because the Mandarin word for fish (yu) is a homonym of the word for abundance.

During the Lunar New Year, nian nian you yu (abundance and surplus for every year) is a popular greeting exchanged between family and friends.

Hence, fish is never left out of the festive menu.

But fish dishes do not always have to be plain or boring.

At Lexis Hibiscus Port Dickson, culinary director Ryan Poon continues the tradition of prosperous dishes to welcome the new year with two different fish preparations that are set to win diners over.

“However modern we are, there are some traditions that we continue to observe and one of them is making sure the reunion meal has all the necessary ingredients for a prosperous year ahead.

“This year, I have decided to feature garoupa in two different styles — steamed and in a terrine,” he said.

The more traditional of the two is Steamed Green Garoupa “Shunde” Style, which Poon said was inspired by the cuisine of the Shunde district in Foshan, China.

“It is widely known that the cuisine in Shunde is centred on retaining the genuine flavours and textures of ingredients.

“This method of cooking allows guests to savour the fresh flavours of the garoupa,” he said.

The dish is featured on the hotel’s Reunion Set (RM1,688 nett for eight to 10 person) — one of two festive set menus available at the hotel this Chinese New Year.

The other fish speciality — Rainbow Garoupa Terrine — features fish steamed in soy sauce but departs slightly from the traditional as it is then put together in a colourful terrine with carrots, mushrooms and smoked chicken ham.

Poon said as with previous years, only fresh and premium quality ingredients were used.

“While we do experiment with different presentations and styles of cooking, we have always emphasised fresh flavours to let the ingredients shine,” he said adding that a selection of yee sang, including a vegetarian option were also available for the traditional tossing event. 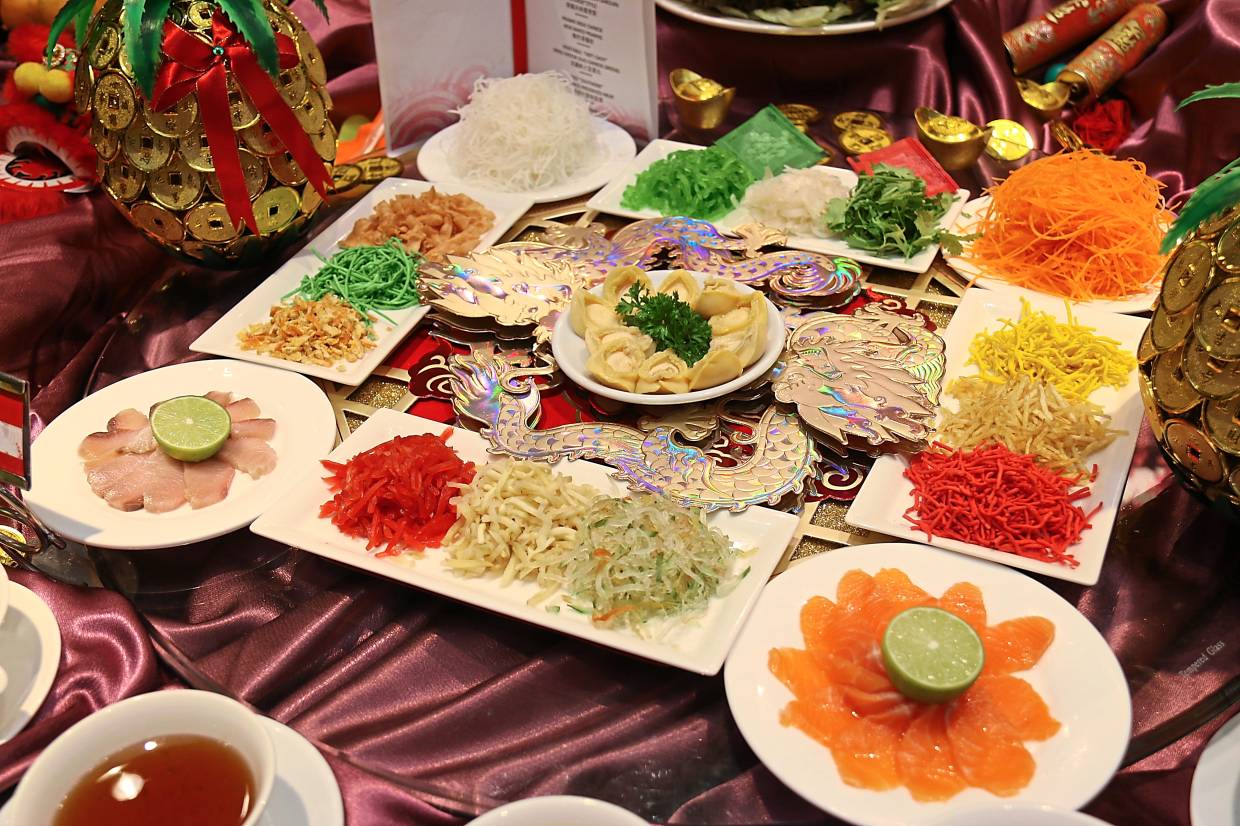 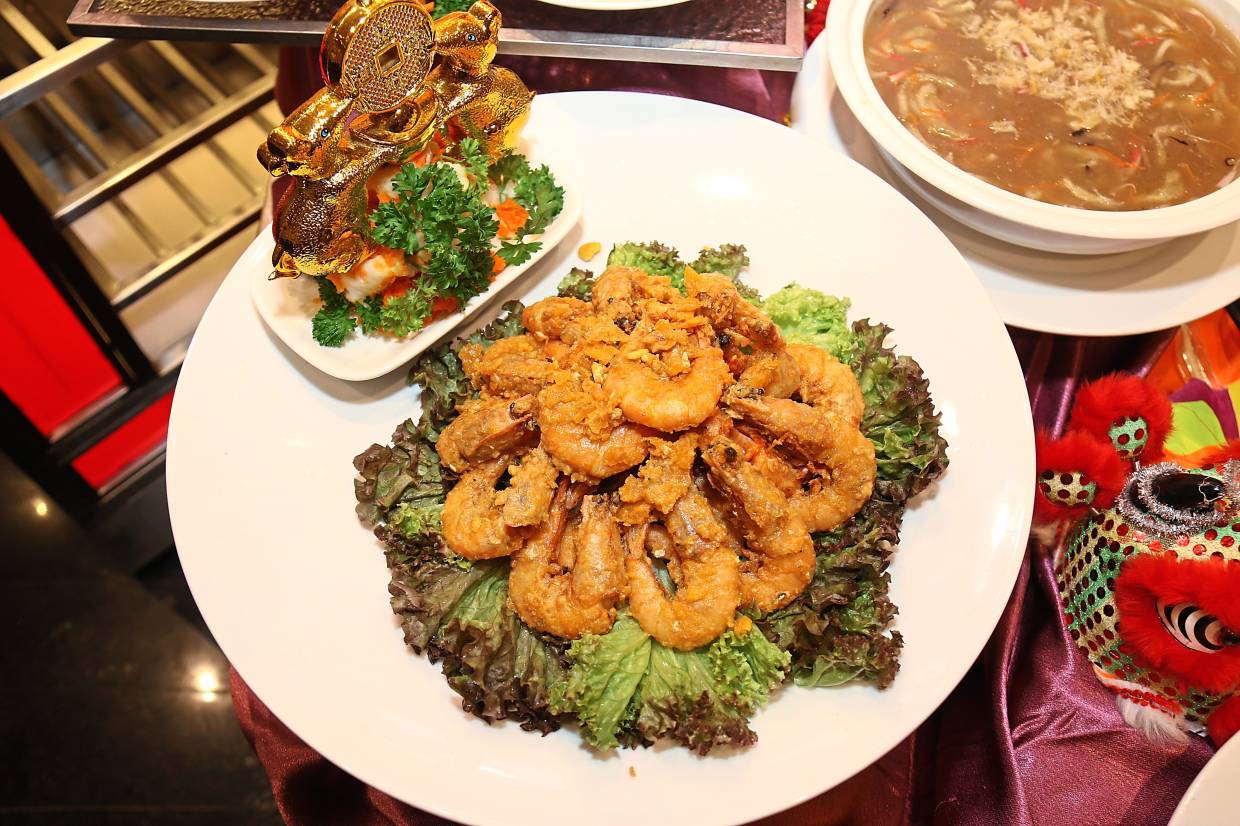 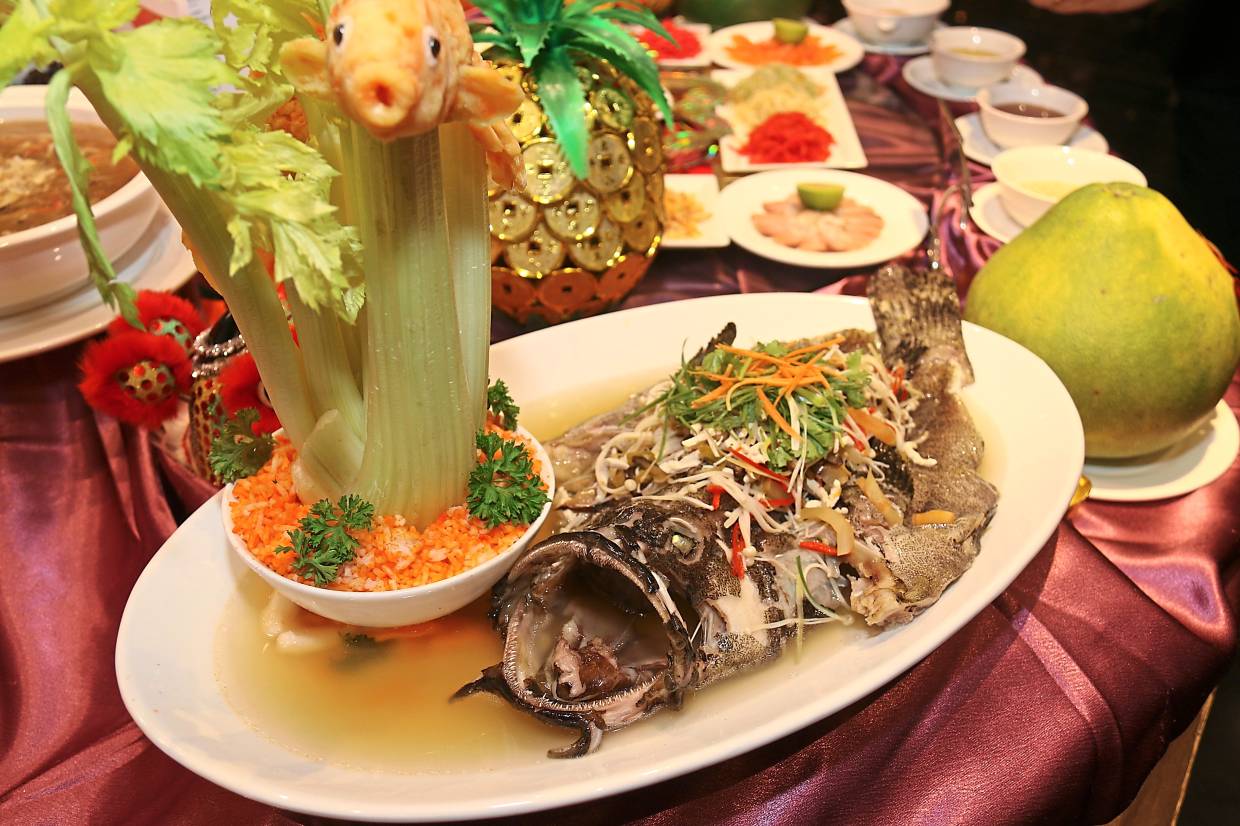 Prawns are a must-have on the reunion menu as they symbolise laughter and happiness.

Steamed Green Garoupa ‘Shunde’ Style is a classic fish dish inspired by the cuisine of the Shunde district in Foshan, China.

Twice-cooked Chicken in Classic Chinese Herbs is a hearty selection on the Reunion Set menu.