IT TOOK chef Chong Swee Chyuan a few nights of experimentation in the kitchen to come up with a Chinese menu to suit a selection of wines from Australia, New Zealand and Chile.

“I didn’t just want to create a few dishes and assume they would go well with the wines. So I took some time trying and tasting every dish with the wines before presenting them to our guests, ” said Chong, who heads the Chinese kitchen at Eastin Hotel in Petaling Jaya.

Chong was tasked with preparing a five-course menu for the hotel’s wine dinner guests for one night. The duo were paired with a glass of New Zealand’s Saint Clair Vicar’s Choice Riesling 2017/18.

According to Chong, the dumpling was a tricky dish to make as he had to ensure it would not overcook or the filling would spill out. Australian Abalone on a Bed of Aromatic Fried Rice with Shimeiji Mushroom Reduction.

“It takes just a quick 55 seconds in a wok of hot oil to cook. If it is overcooked, I have to make a new batch, ” he said, adding that the dumpling fillings comprised salted egg, curry leaves, bird’s eye chilli and margarine.

Next, we had the Double-Boiled American Ginseng Broth accompanied with sea cucumber and fish maw stuffed in a chicken wing.

“We changed the soup from what we had planned initially because we wanted to add ginseng to it. However, we did not want to overpower it with the ginseng’s strong taste either, ” he said, adding that the soup was given a lighter flavour to better bring out its taste when paired with the Pinot Noir wine.

We had New Zealand’s Fire Road Pinot Noir 2012, which was light with a mix of chocolate and cherry flavours on the palate. 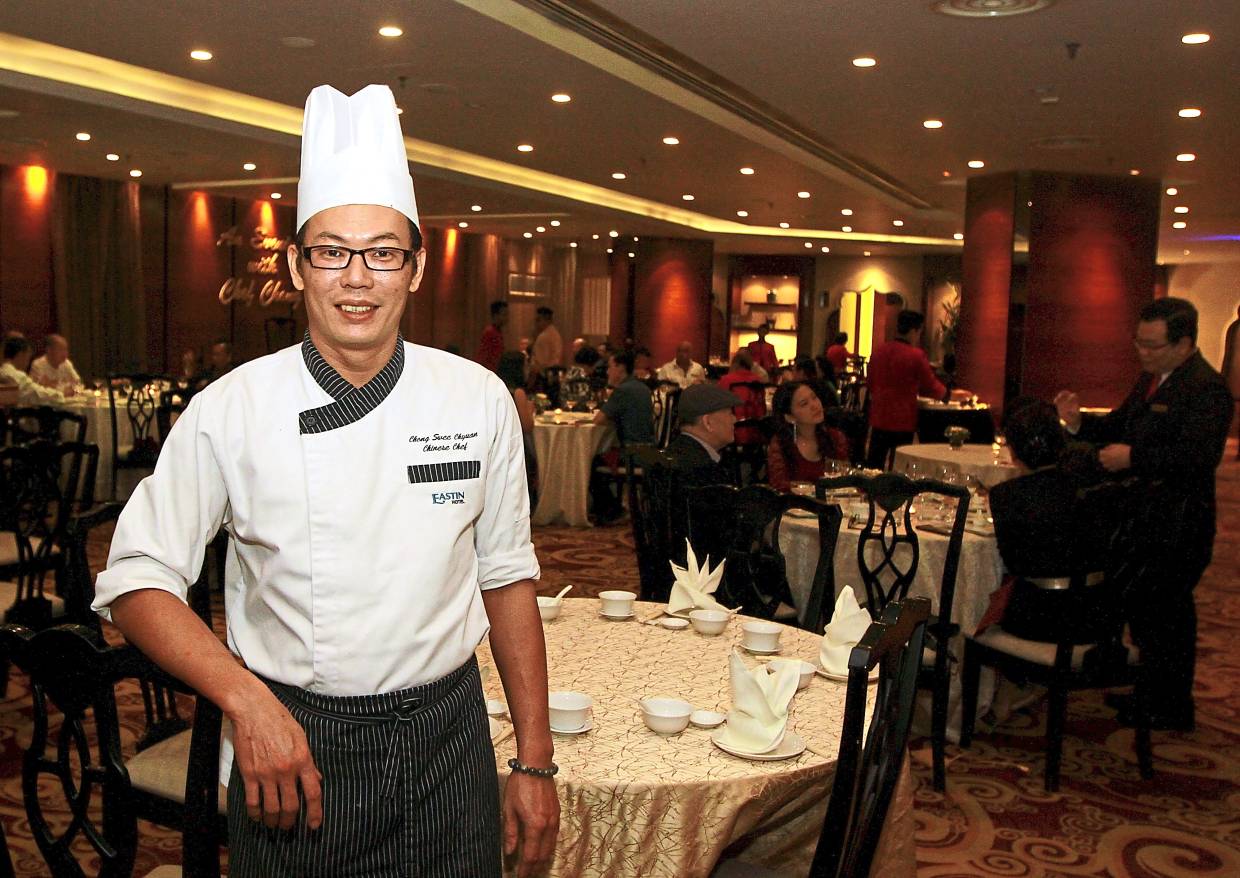 Chong says coming up with a menu to match the wines took some time.

“We wanted something special, not just fish or prawn but seafood that can be cooked in a simple Chinese style and that was why scallop was chosen, ” he said, adding that it was steamed and then topped with some garlic oil.

Chong said the dish was very simple, clean and did not affect the original taste of the prized seafood at all. 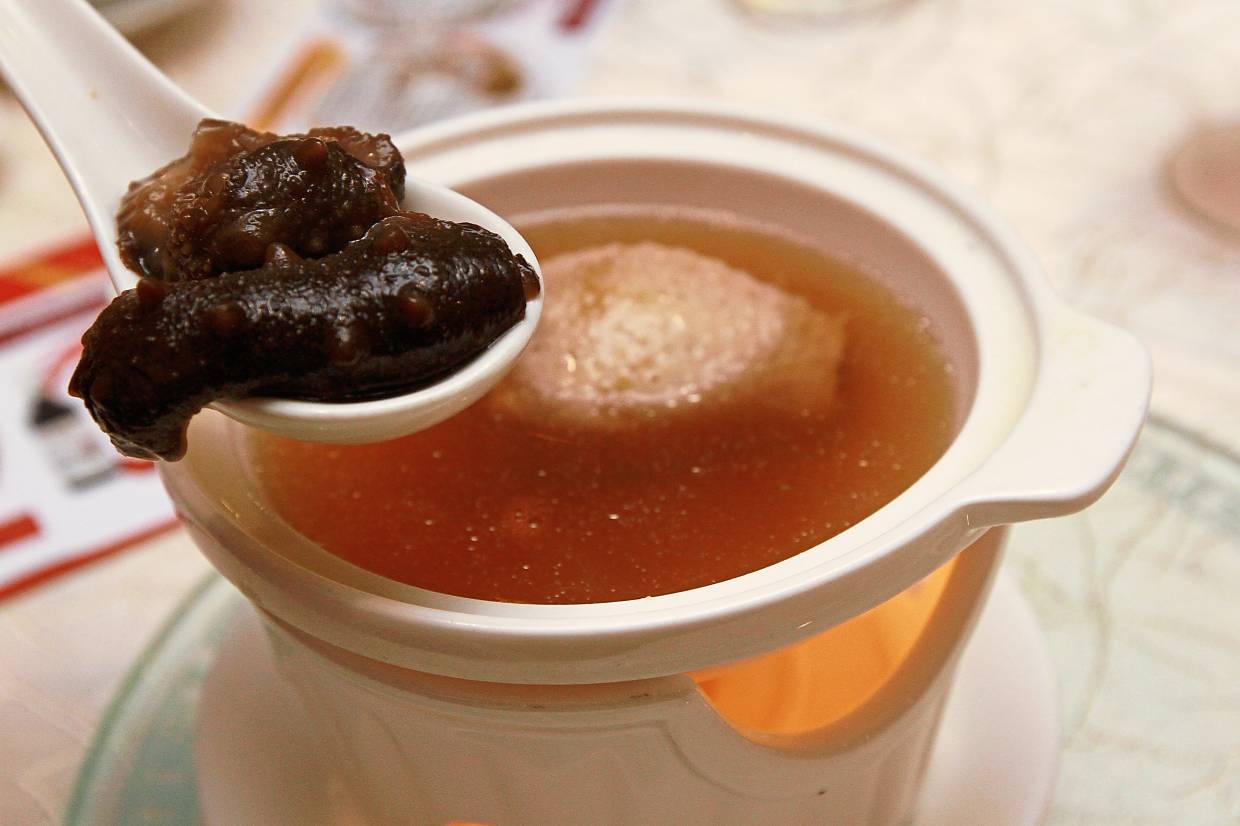 The best way to complete a hearty meal is with a small serving of rice and Chong did not disappoint here.

His version of Australian Abalone on a Bed of Aromatic Fried Rice with Shimeji Mushroom Reduction was served in a bamboo tube to the surprise of many diners.

A server assisted each guest in pouring the rice and mushroom reduction gravy out of the tube. 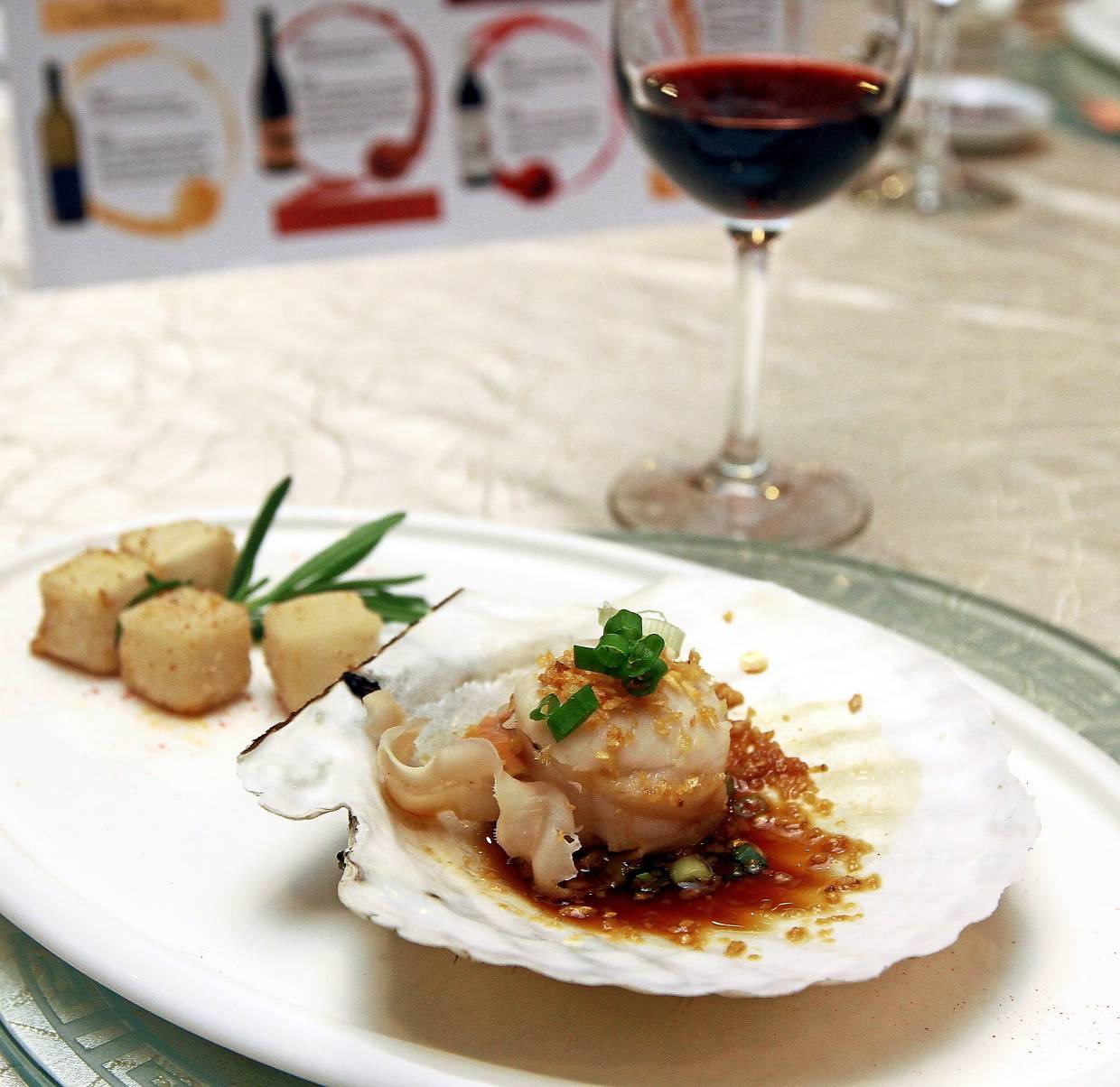 We ended the night with the Chef’s Trio Dessert of Double Boiled Poached Jelly and Tragacanth with Figs, Baked Puff with Custard and Mango Puree with Basil Seeds paired with the sweet Luis Felipe Edwards Reserve Late Harvest Viognier Sauvignon Blanc 2015 from Chile.