Pairing the brew with food

GROWING UP, chef Yuichi Kamimura observed many advertisements on his way to school but one that caught his attention was a beer ad featuring a legendary American boxer.

“My friends and I were about six or seven years old and we would mimic what he did in the advertisements,” said Kamimura while showing the punching moves that often popped up on their television sets where the boxer would end it by saying “Super Dry”.

He said he did not understand why the drink was so popular as he was too young to try it then.

“After watching different beer advertisements over the years, my schoolmates still do the punching moves when we meet,” he said.

The chef who runs Michelin-starred Japanese-French restaurant Kamimura, in Hokkaido, Japan, was in town to cook a special six-course menu to be paired with the iconic Asahi Super Dry beer in Shah Alam.

Coincidentally, Kamimura said he remembered many Asahi advertisements and often reminded himself to indulge in that brand of beer.

“It was after a baseball camp when we were all tired and my friend suggested we head out to buy some beer, and that was when I tried Asahi Super Dry for the first time at 14 years old,” he said. 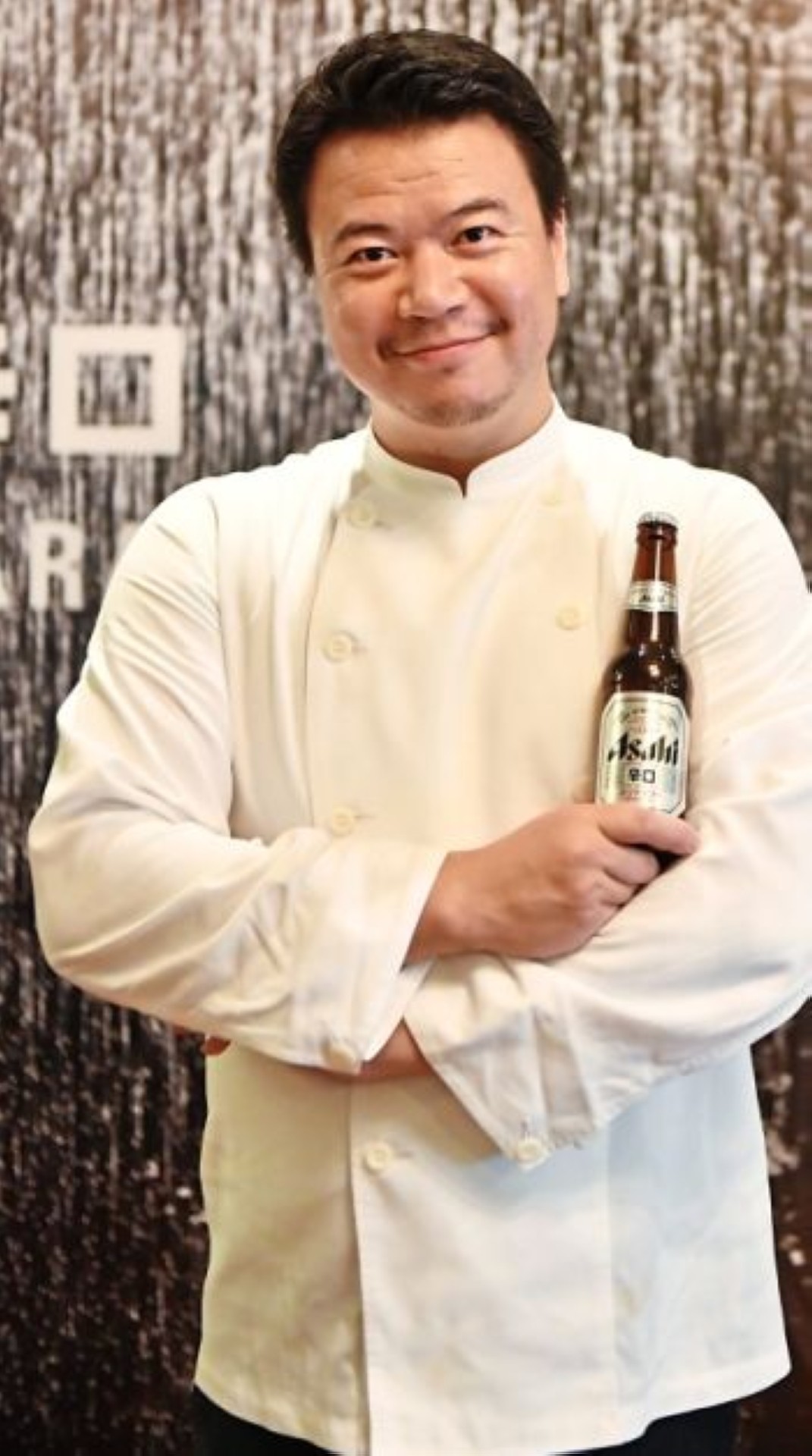 Kamimura’s first beer was the Asahi Super Dry and he still enjoys it after a long day in the kitchen.

“Beer is something we enjoy after a long day at work and it is a drink that is easily liked by many people,” he said during a special degustation dinner by Carlsberg Malaysia for 40 lucky draw winners.

“Pairing food with beer is easy as it goes well with just about anything,” he said, adding that there were no rules on what we could pair with beer.

We started off with the Asahi Squid Fritter with Dried Mullet Roe followed by Confit Scallop that went nicely with pickled burdock, cucumber, seaweed, lemon and tomato salsa.

The next dish was the Deep-fried Poached Marinated Eggplant served with a quail egg and mimolette cheese.

Just before the main course, we savoured the Lobster Bisque with grilled lobster and potato noodles.

As we sipped on Asahi Super Dry, we learned that the Japanese beer was a good palate cleanser. “It is brewed in a unique ‘karakuchi’ style to give it a clean, crisp palate and no bitter aftertaste,” said Iribe, adding that its speciality was to “kire” or cut out any lingering food flavours on the palate.

Iribe also taught us how a perfectly poured Asahi Super Dry should look like and we had a chance to try it out at the draught station.

“You have to tilt the glass and pour 70% of the beer, then fill the remaining 30% with foam to ensure the ‘tension’ or gas is kept under the foam which will only be released when you drink it,” said Iribe. The evening continued on with Kamimura’s main course of Chargrilled Wagyu Beef Sirloin with watercress, caramelised onion and potatoes.

For dessert, the Pear Sorbet with yoghurt cream, maple syrup, nuts and lime proved perfect as we continued enjoying servings of beer before calling it a night. 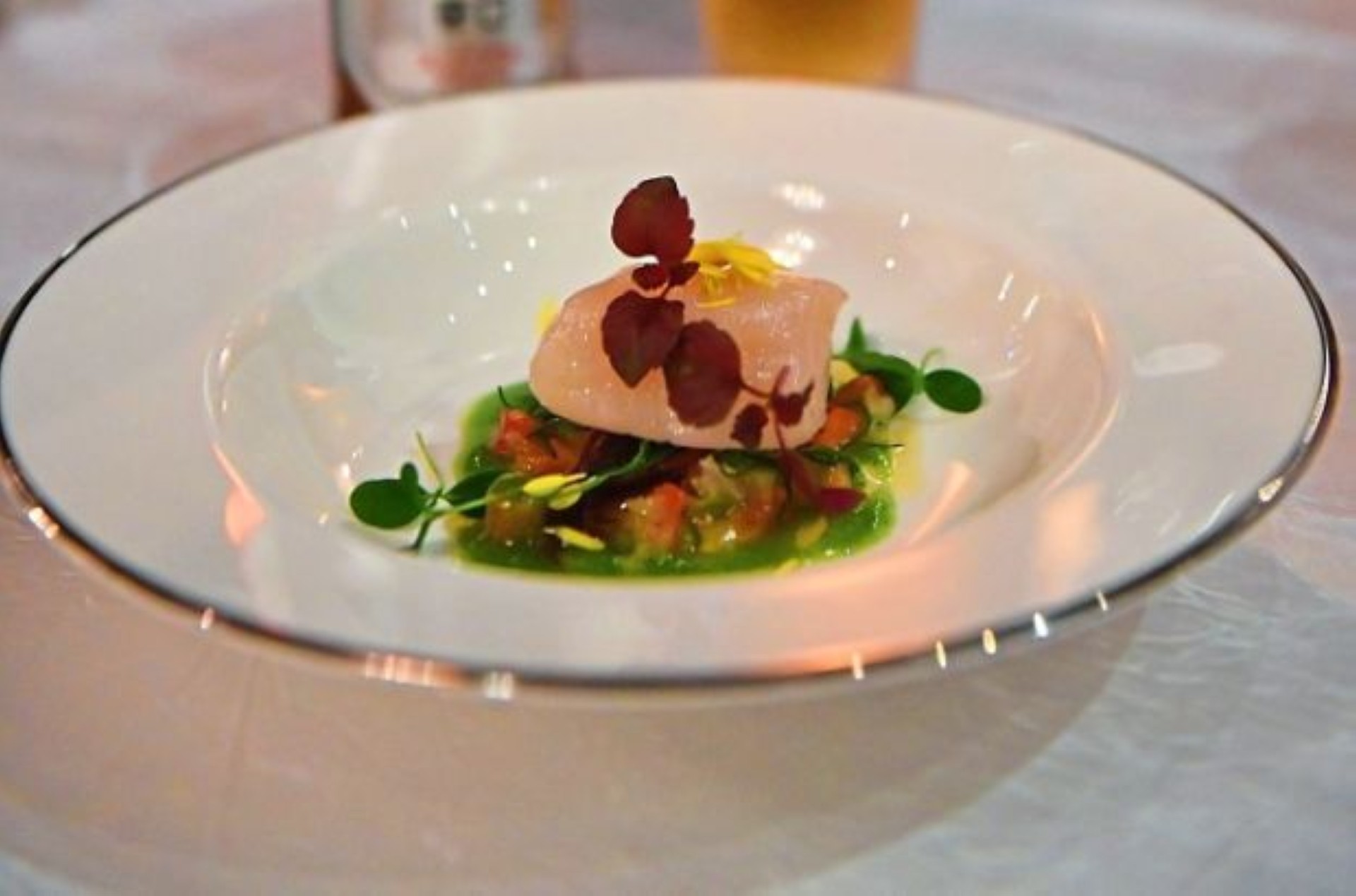