Finding nasi lemak priced as low as 50sen a packet in Kuala Lumpur is almost unheard of these days.

With other food stalls competing to raise their food prices, Warong Kaklong has maintained the price of its nasi lemak bungkus at 50sen.

Nasi lemak at such a bargain attracts hordes of people, even those from afar who come by for a taste of Kaklong’s nasi lemak.

The stall, which has been around for almost a decade, is not new to residents in Bandar Tun Hussein Onn, Cheras.

Owner Roziah Atan, who is known as Kaklong among her customers, was a single mother when she opened her business.

But Roziah has been selling food for more than 20 years.

According to her second daughter, Hidayah Zaki, her 52-year-old mother used to sell laksa by the roadside before she decided to open a stall. 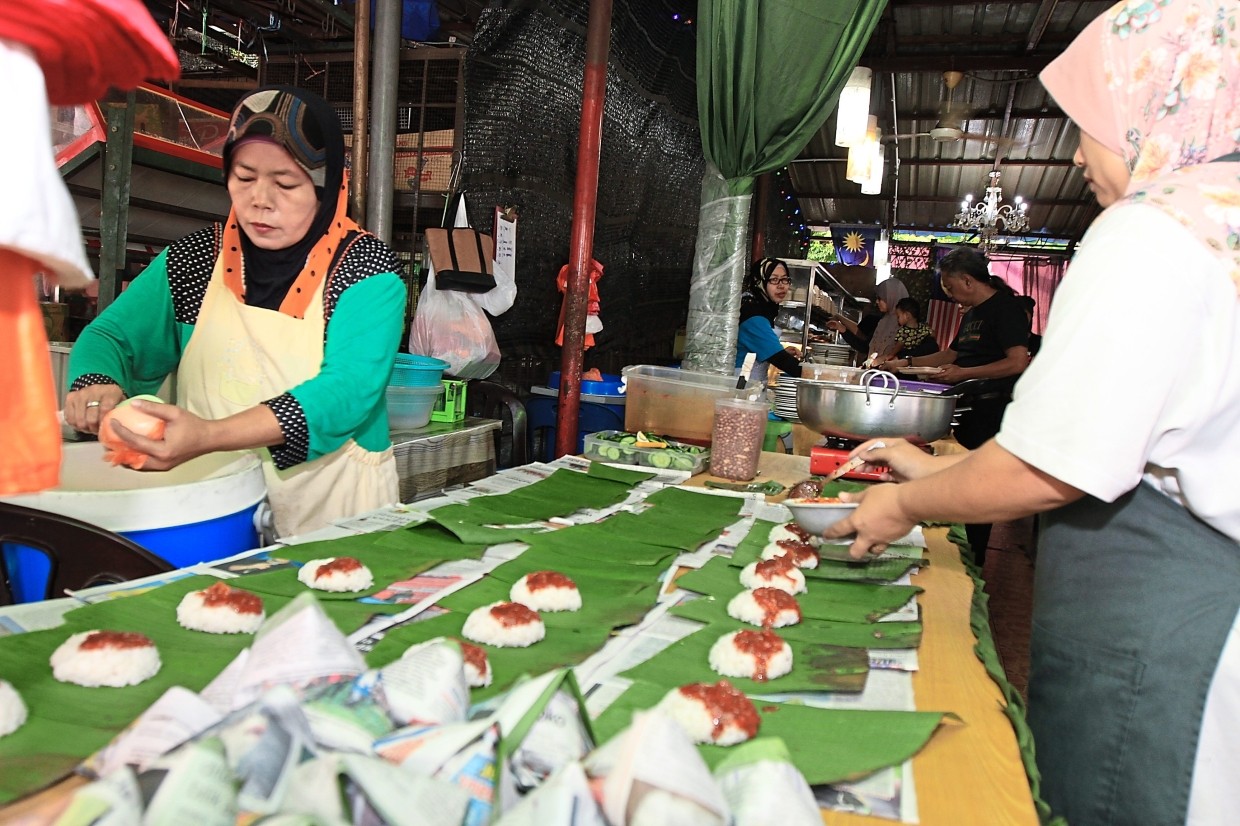 The 50sen nasi lemak is laid out in rows as Warong Kaklong staff add the necessary ingredients before wrapping them up.

“Before this, the stall was self-built on government land. Then the government built proper lots for stall owners so we moved here, ” said Hidayah.

The stall which is managed by Hidayah and her older brother, Hafizi Zaki, opens early to cater to the breakfast crowd.

“Customers start coming in as early as 6am, ” said Hidayah.

“On weekends, it is merrier and people are willing to queue up just to get our nasi lemak bungkus.”

Up to 800 packets of nasi lemak are sold a day. 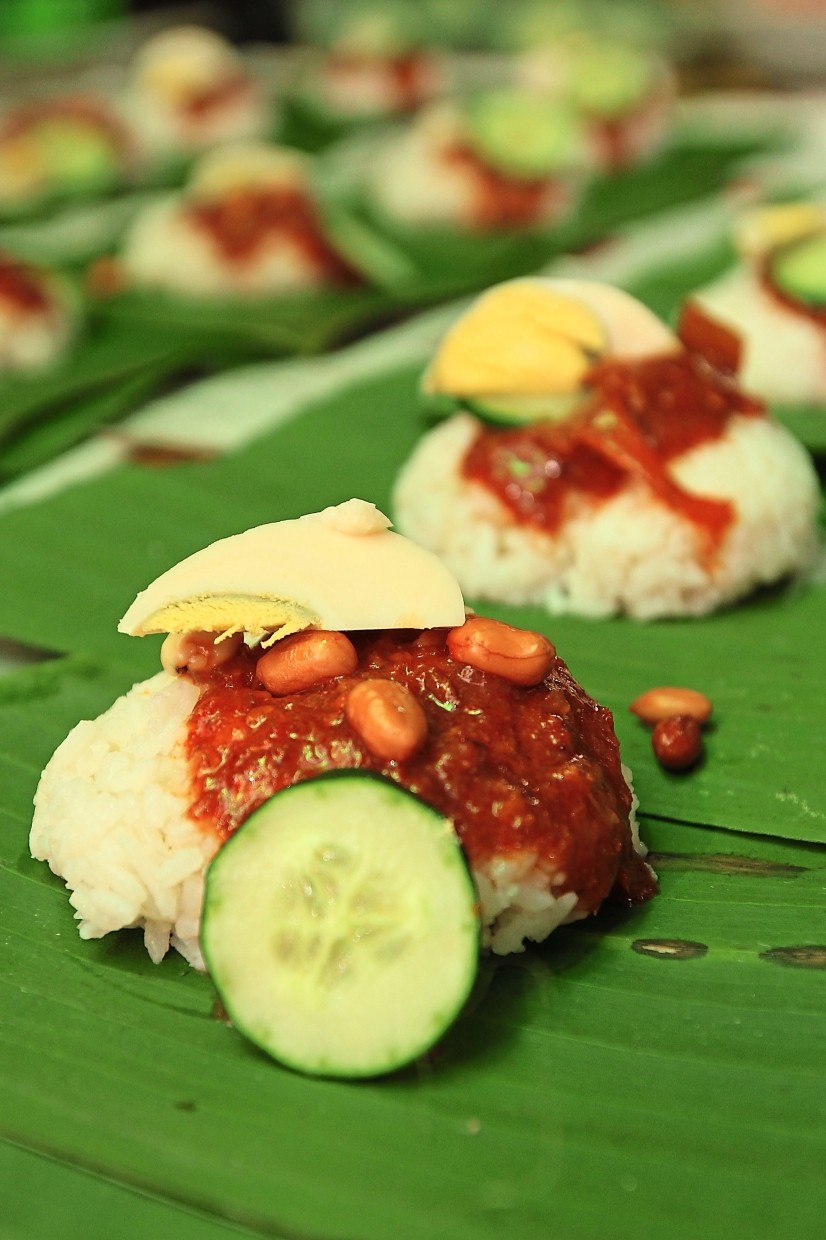 Hidayah says there is no secret behind their nasi lemak’s success except that the family uses her grandfather’s recipe.

When asked about their secret recipe, Hidayah said there was no secret recipe but the family used her late grandfather’s nasi lemak recipe.

“It has been three generations and all of us use the same recipe. It is just like other nasi lemak but one thing I know is that my mother is never stingy with the ingredients, ” said Hidayah.

While trying the nasi lemak, I noticed that the cooks here use fenugreek in the rice.

The spice gives off an aromatic scent that made me want to have more.

Roziah, who is assisted by three helpers, starts cooking at 3am.

The cooking starts early because the stall does not only sell nasi lemak but also offers an array of traditional Malay food to pair with the creamy coconut rice or to have with white rice at lunchtime. 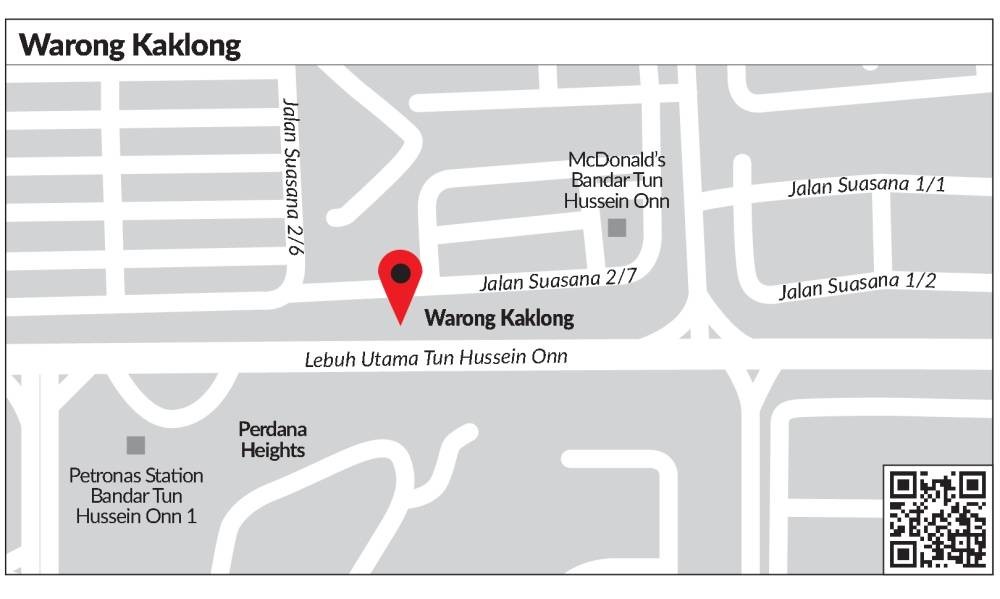 “We are trying to promote traditional Malay food as we realise that not many eateries serve home-cooked flavours, ” said Hidayah.

“Customers may order different types of sambal to go with their nasi lemak such as squid, sardine or chicken, ” she added.

Besides that, an assortment of kuih such as badak berendam and nona manis are also sold here.

Warong Kaklong is open daily from 6am to 3pm, except Monday.