Dash of confidence does the trick

SOME like it hot and others prefer cold appetisers to start their meal with.

While most people generally opt for a hot flavour to warm the palate, the Sweet and Sour Pork in Ice Bowl might just win over those not too fond of cold appetisers.

Bite-sized meat cubes flash fried, then tossed into sweet and sour sauce allow the tangy flavours to coat the pieces.

Serving this addictive appetiser in an ice bowl helps freeze the sauce slightly, encouraging it to stick to the meat.

This is one of the latest additions at Xin Cuisine Chinese Restaurant with new chef Ricky Wong introducing some of his tried and tested recipes to the menu.

The Steamed Soon Hock with Nyonya Sauce saw many raised eyebrows at the table.

Wong’s approach of adding spice-filled Nyonya sauce to soon hock was an unusual approach to cook this expensive fish. An unusual approach to soon hock in this presentation of Steamed Soon Hock with Nyonya Sauce.

The soon hock, the seasoned gourmets debated, need not be over embellished flavour-wise as strong seasoning would mask its natural sweetness.

There were, nonetheless, takers for this spice-laden soon hock dish with herbal notes of galangal, lemongrass and turmeric marrying well with the tasty fish.

The chef, in defending his dish, said he chose soon hock because of its texture and smoothness and it paired well with just about any sauce.

With the fish debate behind us, we turned our attention to the pretty serving of Spinach Beancurd with Special Sauce with baby bok choy.

Served in a pool of oyster sauce, the spinach beancurd garnished with shimeji and dried scallops was light and enjoyable.

Next up were Wong’s Baked Spare Ribs with Crispy Sliced Ginger and Braised Pork Belly with Fermented Beancurd Sauce.

Between the two, the caramelised appeal of the spare ribs appealed to my taste buds for not only was it mouthwatering, the crispy ginger slices were an interesting touch not to mention crunchy and sweet. 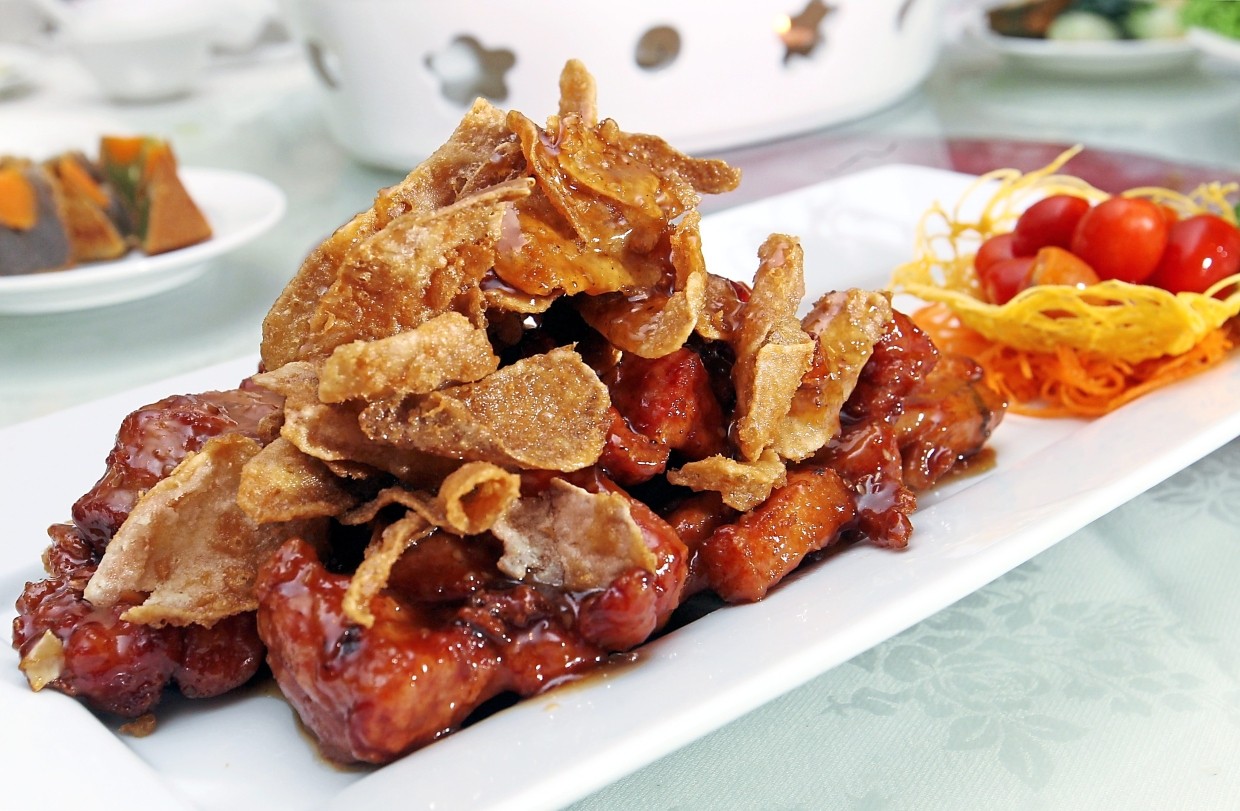 Baked Spare Ribs with Crispy Sliced Ginger has a nice balance of flavours.

Crystallised Bentong ginger helps lend that warm feeling down the throat and also cuts down the meat’s fattiness.

The zesty and sweet sauce, Wong said, is made by combining Japanese sesame sauce, barbecue sauce and apple sauce.

Then there was the pork belly. This was the chef’s attempt at introducing different meat cuts, which for some was a bit too much pork for one night.

A lot of work goes into its making as the pork belly is seared, steamed with fermented beancurd sauce and subsequently braised.

So what exactly goes into this sauce?

Then a dash of Chinese wine for fragrance completes this luscious sauce, said Wong. 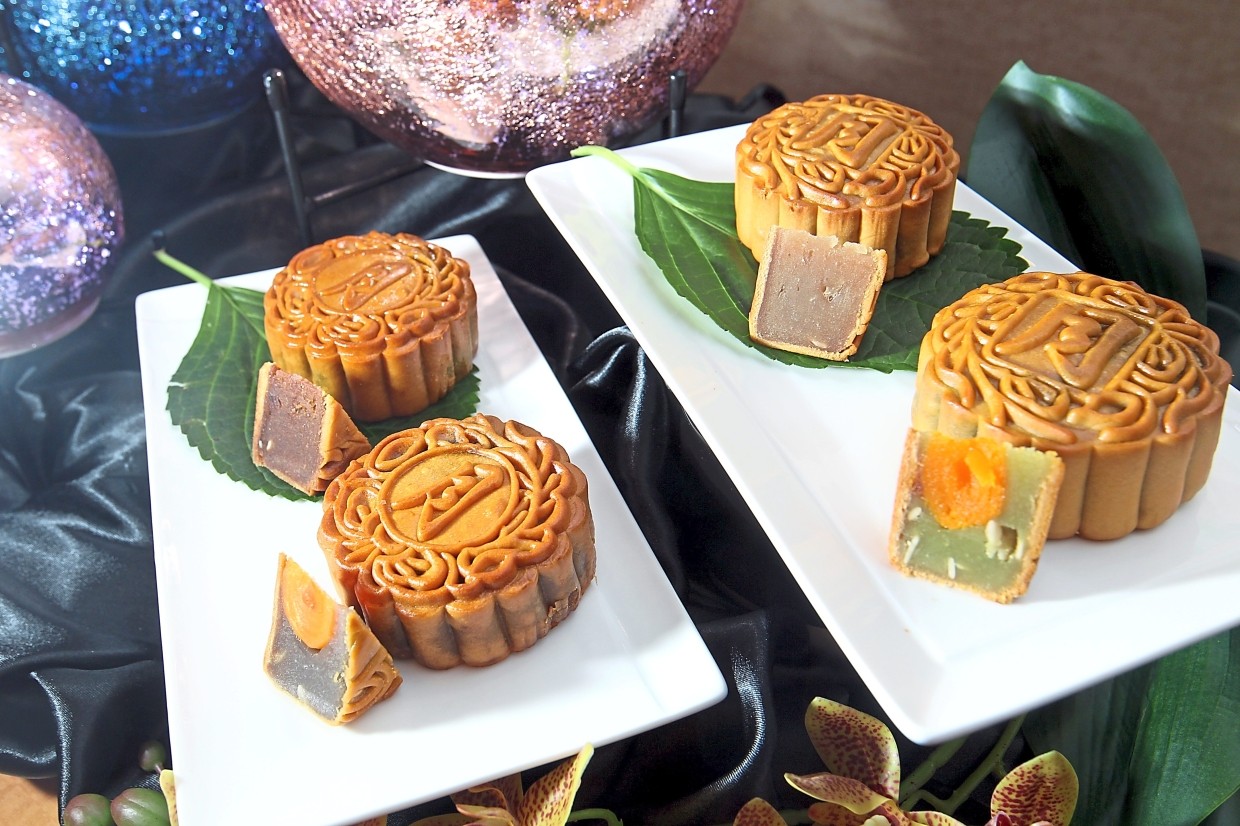 A variety of traditional baked mooncakes for the picking at Concorde Hotel Kuala Lumpur.

The simplicity of Stir-fried Hong Kong Kailan in Two Styles, served last, was a welcome change to the heavy meat options.

Available as ala carte options for lunch and dinner, the menu is an ongoing promotion.

Since it is edging closer to the Mid-Autumn Festival, the hotel is also abuzz with its mooncake offerings.

Some of these were served for dessert. 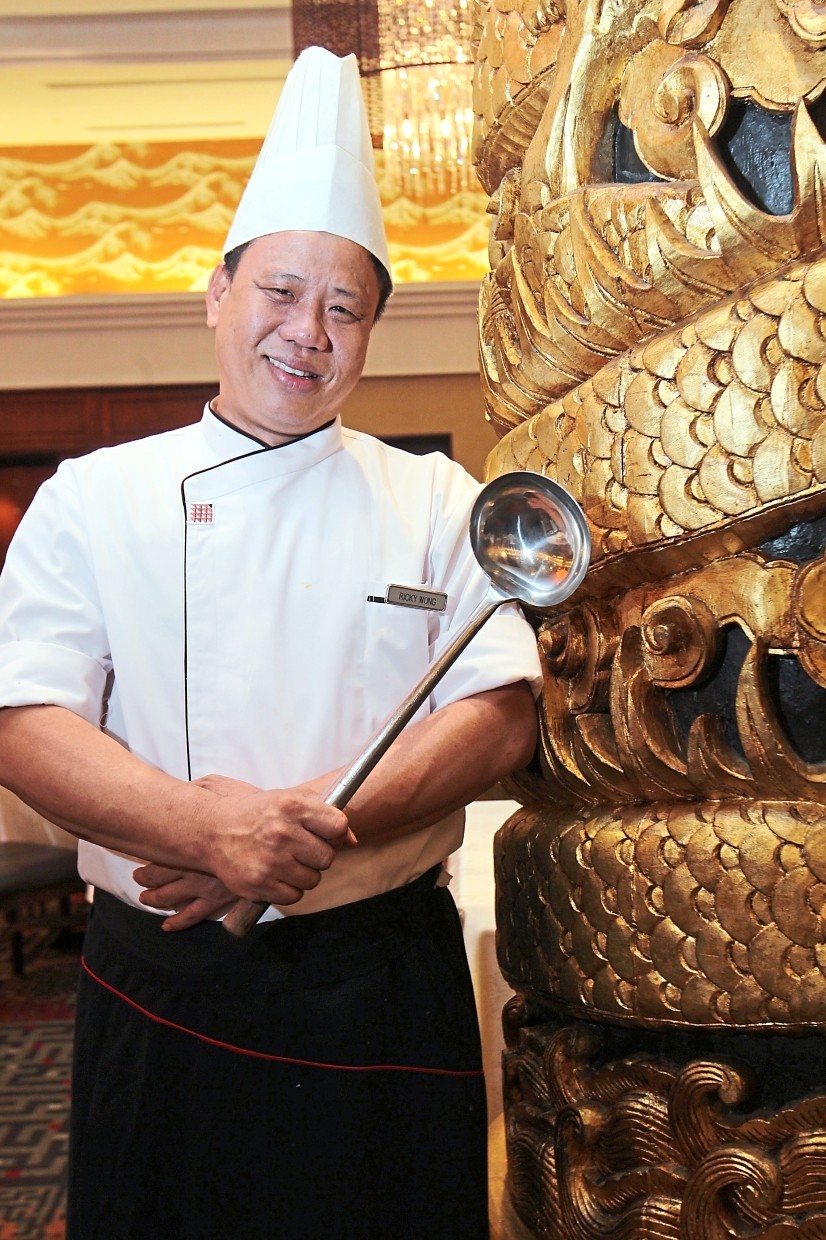