Salmon sashimi and Alaskan sweet prawns among choice of 25 appetisers

Appetisers are often looked forward to by diners to warm the appetite before moving on to the entree. They are meant to stimulate one’s appetite for the next course.

Grand Imperial Restaurant offers an interesting number of cold appetisers to whet the appetite – 25 to be exact. A range of Chinese-Japanese cold dishes are available to choose from before moving on to the main courses at Grand Imperial.

The highlights include salmon sashimi and Alaskan sweet prawns. Served over liquid nitrogen, a cloud of cold vapour lends glamour to the presentation, keeping the seafood fresh and juicy with every bite. Then we turned our attention to the jelly-like delicacy, the century egg. This is to be relished with young ginger. The gelatinous egg is also found in the Chilled and Sliced Drunken Chicken Wrapped with Century Egg.

Since the restaurant attracts many diners from mainland China, another favourite here is fatty duck tongue. The Chilli in Si Chuan Style Duck Tongue presents a crunchy texture and is mildly spicy. This dish is an acquired taste. 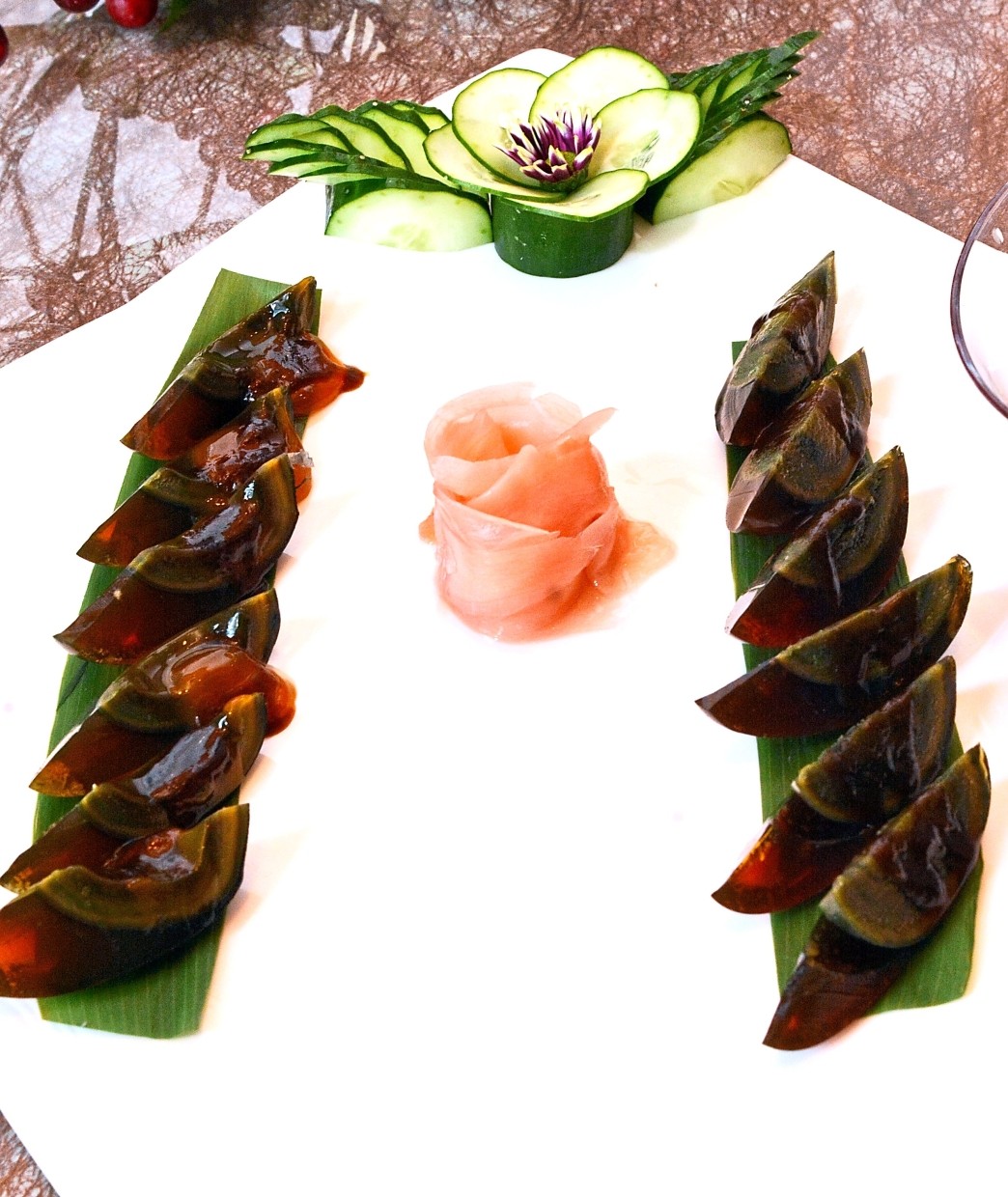 For something a little closer to home, the Japanese Radish with Sauce and Vinegar was reminiscent of a local flavour. The pungent radish graced the palate with a tangy relish that most of us are familiar with.

For the main course, the restaurant’s signature Stewed Egg Noodles with Boston Lobster is for diners’ dining pleasure. Crunchy egg noodles cooked with black truffles and lots of mushrooms makes this an indulgent flavour. The signature Stewed Egg Noodles with Boston Lobster is an indulgence.

There is also the Baked Village Chicken which is tender and juicy which is also symbolic of warding off ill luck. The chicken is marinated in Chinese herbs and wrapped in foil before being placed in a pot filled with fried salt. It is then baked at very high temperatures for an hour.

Once done, the dish is served with a hammer alongside for diners to break off the salt crust – symbolising the “breaking” of bad luck.

For the Mid-Autumn Festival, the restaurant is also selling its range of mooncakes with both the baked and snow skin versions. The Snow Skin Osmanthus and Pu Er Mooncake is new in the list and worth a try.

The soft and fragrant skin blends well with the Pu Er filling which was only a tad bit sweet. It was indeed a treat to the taste buds.