Buoyed by a Worq-ing trend 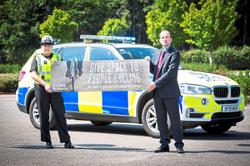 THE WeWork debacle less than two years ago may have left a slight bitter aftertaste for co-working spaces at the time.

The spectacular rise and fall of the US-based firm had prompted the market to wonder if there was, perhaps, an oversupply of shared office space chasing too few workers who were working outside the office.

Locally, a number of players were already trying to make their mark with chic working spaces, heavy promotions and fairly rapid expansions. While some operators have exited, those that stayed on were left to contend with the Covid-19 pandemic – with people stuck at home, the viability of co-working spaces was once again brought into question.

However, the work-from-home (WFH) trend that has become prevalent in the past year has somehow turned the tables for these operators.

When the strict movement curbs were lifted, enquiries from companies started coming in.

“Ever since there has been a need to adapt to the WFH or remote working policies for a year now, many companies, even corporates, seem to be opting to use co-working spaces to support this hybrid workforce, ” says WORQ co-founder and chief executive officer Stephanie Ping.

In the early days, co-working spaces were particularly favoured by the start-up and entrepreneur segment for their flexibility and the collaborative community factor that co-working offers.

But given recent developments, Ping notes that even established companies are starting to view co-working spaces as viable options.

A recent research by the Work Trend Index survey showed that 73% of employees want flexible work options to stay while 67% of the same respondents also wanted in-person collaboration.

As co-working spaces have membership options that are either based on per-person or per-usage, Ping explains that shared spaces were more cost-efficient than renting whole office buildings for teams that do not come in very frequently.

“By using flexi office space, companies can maximise the benefits of a distributed workforce and the cost savings from our network of offices, ” she says.

Having identified this transition in the workforce as an opportunity, WORQ has put together packages for organisations, the flexi-teams solutions, where companies pay for teams based on their usage and not their headcount. This allows for teams to come in on a rotation basis for meetings and discussions and for organisations to save on full-fledged office spaces.

Ping points out that the market penetration for flexi office solutions in Malaysia is currently very low at only 1% with an estimated 1 million sq ft, mainly in the Klang Valley. This values the current market at about RM200mil.

The remaining 2% of the unserved market – in order to catch up to the Asia average of 3% – has an immediate untapped potential of 2 million sq ft or RM600mil in value.

As the office market shifts towards an estimated 30% flexible demand in the long run, Ping opines that the Kuala Lumpur market will reach 15% in the next decade, which translates into 15 million sq ft or RM3bil in value.

Certainly, that sounds like a tremendous growth opportunity in the coming years.

“These numbers give us a realistic sense of the total market value and acquisition opportunities that we have ahead of us, which will position us as partners for real estate solutions. Thus, real estate as a service will become a norm to fuss-free solutions, ” she says.

Nonetheless, workers are not fighting to fill up these shared offices anytime soon.

Ping admits that the effects of the pandemic will remain as a barrier for some time, till the economy fully recovers.

Prior to the movement control order last year, WORQ’s occupancy rate was almost 80% at each of its outlets. At that time, the increase in enquiries came primarily from SMEs as they looked for office solutions that provided more flexibility in terms of leases and fixed commitments.

During the pandemic, the number of enquiries were reduced by 20% on average and overall occupancy rate declined by an average of 15%.

Additionally, with a relatively low barrier to entry, the sector may see many more new players coming in over the short to mid term. It is, after all, really about renting a space and setting it up.

But she emphasises that market demand will increase. And in Malaysia, there is plenty of room for catch-up in comparison to other countries.

“Awareness and education is required to shift the market towards flexi solutions offered by co-working spaces. Once this is addressed, we foresee that the penetration rate will increase exponentially.

“We do foresee the demand accelerating this year with the hybrid work style on the rise, proving its viability to become a permanent feature of our work lives. Currently, the size of teams we are servicing has increased 10-50 times as companies are making flexible working arrangements for their entire workforce, as opposed to the traditional office arrangements for individual teams, ” she says.

Ping also notes that WORQ’s business model remains profitable and this has helped the company secure funds during the pandemic.

“If a co-working space operator’s business model is well-structured, it will be profitable. Then, it can continue to grow by establishing more and more outlets exponentially, as each outlet is profitable and can drive the development of the next outlet, ” she says.

WORQ reportedly made a revenue of RM9.1mil for the financial year ended Aug 31,2020 with four outlets totalling 97,000 sq ft.

Last year, it closed a funding round of US$2.4mil (RM10mil) from seven follow-on investors and secured a loan of RM3.2mil from Affin Bank and RM500,000 from another bank.

The funds will boost the company’s five year plan to grow tenfold to 1 million sq ft.

“We stayed true to our mantra and did not succumb to the ‘mushrooming’ trend when it kicked in. Instead, we took risks, calculated ones, expanding slowly and steadily while becoming better at the business. Our fast growth model, coupled with a low-risk profile, is one of the healthiest and rewarding models out there, ” shares Ping.

For what it’s worth, this company seems to have the model down better than WeWork, which is making its second attempt at listing after a significant trim and as it rises again in a market that seems more favourable to flexi work space. 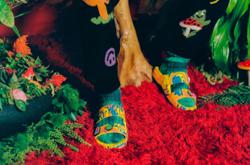