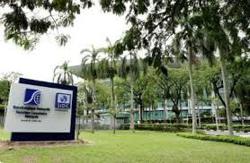 THE launch of a secondary market in peer-to-peer (P2P) financing could boost liquidity in the space and potentially attract more investments for SMEs looking to raise funds as they rebuild their business.

“The availability of the secondary market would increase liquidity within the platform, which provides the investors with a better peace of mind when starting to make their investments.

“For example, the higher risk notes that have a 36 months tenure tend to have difficulty in being fully taken up even though they have higher yields, and this may cause the notes to not achieve the minimum disbursement amount because generally investors prefer shorter termed notes to mitigate repayment risks.

“With the secondary market, this would no longer be a concern as they would be able to sell their notes or portfolio for emergency funds anytime rather than needing to hold them till the end of the tenure.

“With the increased liquidity, we foresee notes being taken up quicker and with a higher degree of certainty. This translates to the SMEs receiving funds faster and more SMEs achieving at least the minimum funding goal, ” she says.

Fundaztic launched its secondary market last Monday, making it the first platform in Malaysia to do so.

This offers over 20,000 of its members the opportunity to trade their existing notes with one another, thereby allowing them to adjust their portfolio strategy and increase their flexibility in the management of their cashflow.

Ng thinks the roll out of its secondary market will be well received not just by investors, but also by the SMEs.

“For SMEs, they normally prefer longer term funding tenure as it helps with their cashflow since monthly repayments over a longer period would be smaller. Overall, I would say that the secondary market is an excellent balancing mechanism for both the issuers, or SMEs, as well as investors although perhaps for the SMEs, it is less directly felt, ” she says.

Investors may select to sell either a singular note worth RM5,000 or multiple notes as a portfolio equivalent to that value or more. They may also decide on the premium or discount rate of the portfolio.

“The reason why such a balance is set is to ensure that the transaction is a meaningful one for both the existing investor and new investor of the notes based on the premise that the secondary market is to provide early exits for emergency funds and for new investors to be able to build a resilient portfolio in a quicker manner which has a direct bearing on risk mitigations as well, ” says Ng.

Additionally, the government’s co-investment fund MyCIF has increased its funding matching ratio from 1:4 to 1:2 for eligible ECF and P2P campaigns until end-September to provide additional liquidity into the alternative fundraising space.

P2P platform operators who wish to launch a secondary market for the trading of P2P investment notes must first seek SC’s approval.

According to guidelines by the SC, notes that can be traded on the secondary market must have a remaining payment period of at least three months, are offered through the P2P platform and have been issued to the investor.

While P2P operators generally welcome the announcement by the regulator, some were uncertain about demand for such an investment. Also, some platforms host more shorter-termed notes, which may not be suited for a secondary market.

But given that the average tenure of investment notes on Fundaztic is 30 months, Ng is optimistic about its rollout.

“We were extremely excited when the guidelines for the secondary market was announced mid-April and since then, have been working relentlessly to ensure that the system is not only compliant with the guidelines but, highly secured and robust, ” she says.

Noting that the concept of a secondary market is new in an industry which is also relatively new, she acknowledges that demand and supply may swing both ways.

“So far, most investors are making more than the originally projected average returns which were derived at defaults ranging from 5%-8% per annum. We are still hovering below 4%. Therefore, they might be prepared to just hold on until the end of the tenure. It is another balancing game.

“Since we went live at 6pm on Monday, 23 portfolios have been hosted for ‘selling’, of which seven have been returned to the sellers as there were incoming repayments and 11 were successfully transacted within a day or two and as of now, there are just four portfolios left. The total transacted amount so far is about RM92,000, ” Ng shares.

Although the concept is new and some form of market education is needed, Ng says its secondary market does not need sophisticated understanding as portfolio sellers would be able to make their own comparison on how much they have received within their portfolio and how much is remaining that can be traded off.

“From this, the seller would be able to use the easy clicks to determine whether he/she wants to sell at a premium or a discount, of which is automatically tabulated by the system. They then decide on the hosting timeframe for trading.

“It is rather easy and at this early launch phase, I believe the trading would be among the existing investors looking at liquidity as well as the opportunity to do some portfolio rebalancing especially in terms of tenure risks. No doubt we hope to attract institutional investors as we go along, ” she adds.

She notes that enough precautionary measures have been put in place to protect investor interest as the SC has been very thorough in their understanding of the full process, procedures and controls that are put in place by the platforms.

Fundaztic has also fully automated its secondary market, which provides the high level of objectivity required so that both the buyers and sellers are able to make informed decisions.

“I would say that it is pretty straight-forward because the trading is in the debt financing of SMEs, of which all terms and conditions have been firmed up at the point of hosting in the primary market itself.

“The precautions would therefore be the usual advice to go through the FAQs, understand the portfolio that is being sold in terms of number of notes, the remaining tenure as well as projected returns and factoring in possible defaults before deciding if it is a good buy or not.

“Although investing in the secondary market would have slightly lower risks as opposed to the primary market, it is nevertheless, not completely void of risks and investors must take time to fully understand what they are buying into, ” she says.

The rollout of its secondary market will provide Fundaztic with a new revenue stream as it seeks to break-even.

Although P2P saw a slowdown during the movement control order (MCO), Ng says there was a significant pick up during the conditional MCO and recovery MCO periods.

“Based on our hostings and disbursements in June and July, we are back to about 85% of pre-Covid volumes and I am pretty confident that the platform would be able to surpass RM100mil in disbursements before the end of the year, ” she says.

In the three years of its operations, Fundaztic has disbursed over RM82mil to more than 1,000 micro and small companies, providing investors with an average return of investments of about 23%. 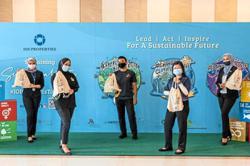 Working out new models
Training and coaching SMEs to flourish
Engineering new scopes
SMEs need to beef up capabilities
Budget 2021: Govt agrees to auto-approval process for moratorium on loans for B40, micro-SMEs (updated)
A time for edtech to shine
In need of a long-term view
Indonesian tycoon sentenced to life in jail for stock manipulation
Continued support a necessity
Credit access vital for SME growth