Shellfish mania: From January to May this year, another 5,000 new restaurants selling crawfish have opened. — China Daily/ANN

SEAFOOD-SAVVY Chinese are eating more crawfish at restaurants and through e-commerce purchases. Resembling small lobsters, the delicacy has been quite popular on Chinese dining tables and for late-night snacks over the years.

May, when crawfish mature, is the start of the peak season for crawfish consumption, and it runs until September. Crawfish can be cooked in various flavours such as spicy, minced garlic, stir-fried ginger and scallion, braised soy sauce, and innovative flavours such as cooking with salted egg yolk, cheese, and fermented bean curd.

“Crawfish has become one of the most sought-after and highly recognised summer foods in the country. Continuously launched new flavours in the market further stimulated the demand from consumers. They helped to enlarge consumer group scales, and raise the average spending and eating frequency, ” said Neil Wang, president of consultancy Frost & Sullivan in China.

“The process of eating crawfish is kind of complicated, which limits the use of mobile phones during meals, and thus it helped to create a natural social networking scenario for diners, ” he said.

As an indication of how much crawfish has triggered the appetite of Chinese consumers with sophisticated tastes, a search of the words “crawfish delivery” through Dazhong Dianping, a Chinese customer review app that is similar to Yelp, results in more than 3,100 restaurants that offer deliveries in Beijing alone.

Depending on different sizes, prices of cooked crawfish at restaurants are usually around 80 yuan (RM47) to 200 yuan per dish, and most reviews from consumers said they like the food very much, according to Dazhong Dianping.

“Sales of crawfish have grown remarkably and rapidly in the past few years, and now it has stepped into a more stable growth period with more rational prices. Next, its growth rate is expected to slow down, ” said Cui He, director of China Aquatic Products Processing and Marketing Alliance.

Last year, the total industrial output of crawfish in China was worth 369 billion yuan, up 37.5% year-on-year, according to a new crawfish sector growth report released by the Ministry of Agriculture and Rural Affairs in late August.

Talking of the industrial chains, sales in the crawfish cultivation sector hit 68 billion yuan last year. The processing industry yielded sales of 28.4 billion yuan, and the sales of the tertiary industry, mainly catering, came in at 272.6 billion yuan, the report said.

In 2018, the total output volume of crawfish reached 1.64 million tonnes, and the total breeding areas stood at 1.13 million hectares. Among the total, crawfish cultured in rice fields accounted for over 70%.The yields from Hubei, Hunan, Anhui, Jiangsu, and Jiangxi provinces, respectively, took the top five spots. Among which, the output of Hubei province reached 812,400 tonnes last year, which made up about half of the country’s total output.

“Now, many e-commerce retailers would prefer to purchase fresh crawfish directly from breeding places, and process locally, and thus eliminate intermediate links and costs. This would be beneficial for both consumers and farmers, ” Wang of Frost & Sullivan said. 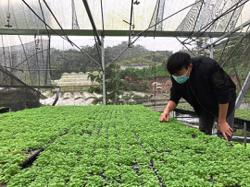 Investing in innovation, branding is key, SMEs told
Working out new models
Training and coaching SMEs to flourish
Engineering new scopes
SMEs need to beef up capabilities
Budget 2021: Govt agrees to auto-approval process for moratorium on loans for B40, micro-SMEs (updated)
A time for edtech to shine
In need of a long-term view
Indonesian tycoon sentenced to life in jail for stock manipulation
Continued support a necessity