Huge potential: Lim says demand for used devices will only grow with time as new devices get more expensive.

SMARTPHONES are becoming almost a necessity these days.

Sales of devices are moving along swimmingly and app entrepreneurs are birthed every other day, putting smiles on many a face.

But there are those who also make a good living off the secondary market.

Experts expect the used device market to grow. A report further projects global revenue in this sector to reach US$38.9bil in 2025 from US$19.7bil in 2017.

“There’s actually a huge demand for used phones. And as new devices get more expensive, there will be greater demand for used devices,” says Julius Lim, chief executive officer of CompAsia Sdn Bhd.

This, of course, is good news for the company.

CompAsia is an integrated trader in the used devices industry. 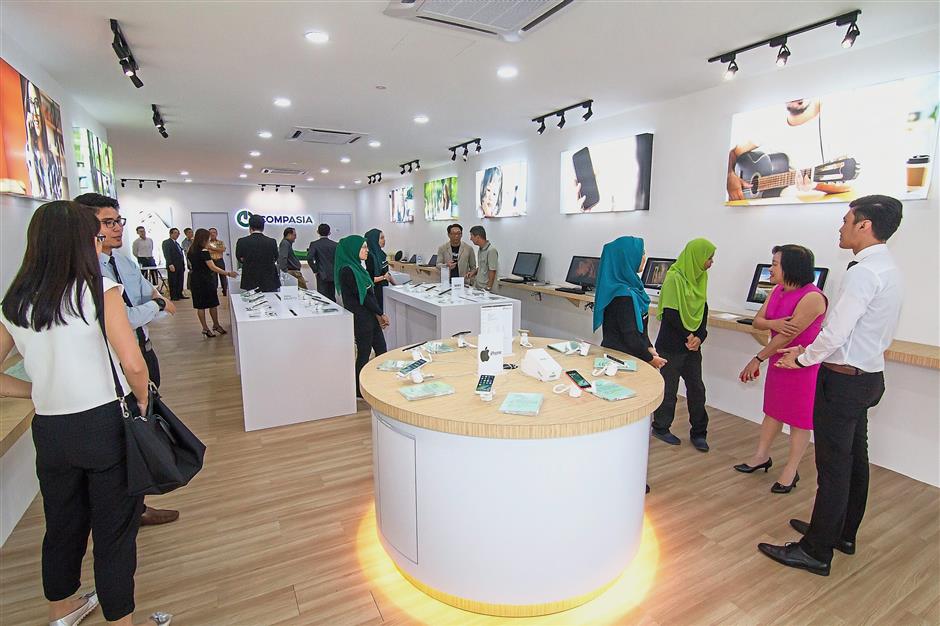 Lim, 40, founded the company in 2012 after he chanced upon the second-hand device market opportunity while working at an IT firm which sells new computers.

He noted that in order to encourage corporate customers to change their personal computers (PC) regularly, there is a need to also help them dispose off old computers.

“In the used PC space, there’s actually tremendous opportunity because there is a lot of margin to be made and there are not many players. It’s a very unstructured industry with a lot of mom-and-pop shops,” he shares.

Lim did not let that opportunity go.

He started CompAsia to buy and sell used PCs. However, two years into the business, he noticed that growth was, really, in the mobile phone space. People change their phones once a year, he notes, but change their PC once every four years.

“So the refresh cycle is a lot faster for mobile phones.”

According to research firm Gartner, PC shipments for 2017 surpassed 262.5 million units, a 2.8% decline from 2016. It was reportedly the sixth year of annual declines in global PC shipments. On the other hand, smartphone sales to end users in 2017 totalled over 1.5 billion units, an increase of 2.7% from 2016.

“That’s when I saw tremendous growth in mobile phones and focused on the mobile business from 2015 onwards. Today, 99% of our business is in smartphones,” he says.

That focus has served him well. CompAsia’s business has grown by leaps and bounds.

Last year, the company turned in revenue of RM85mil, up from over RM20mil the previous year. For 2018, Lim hopes to close the year with sales of RM300mil. 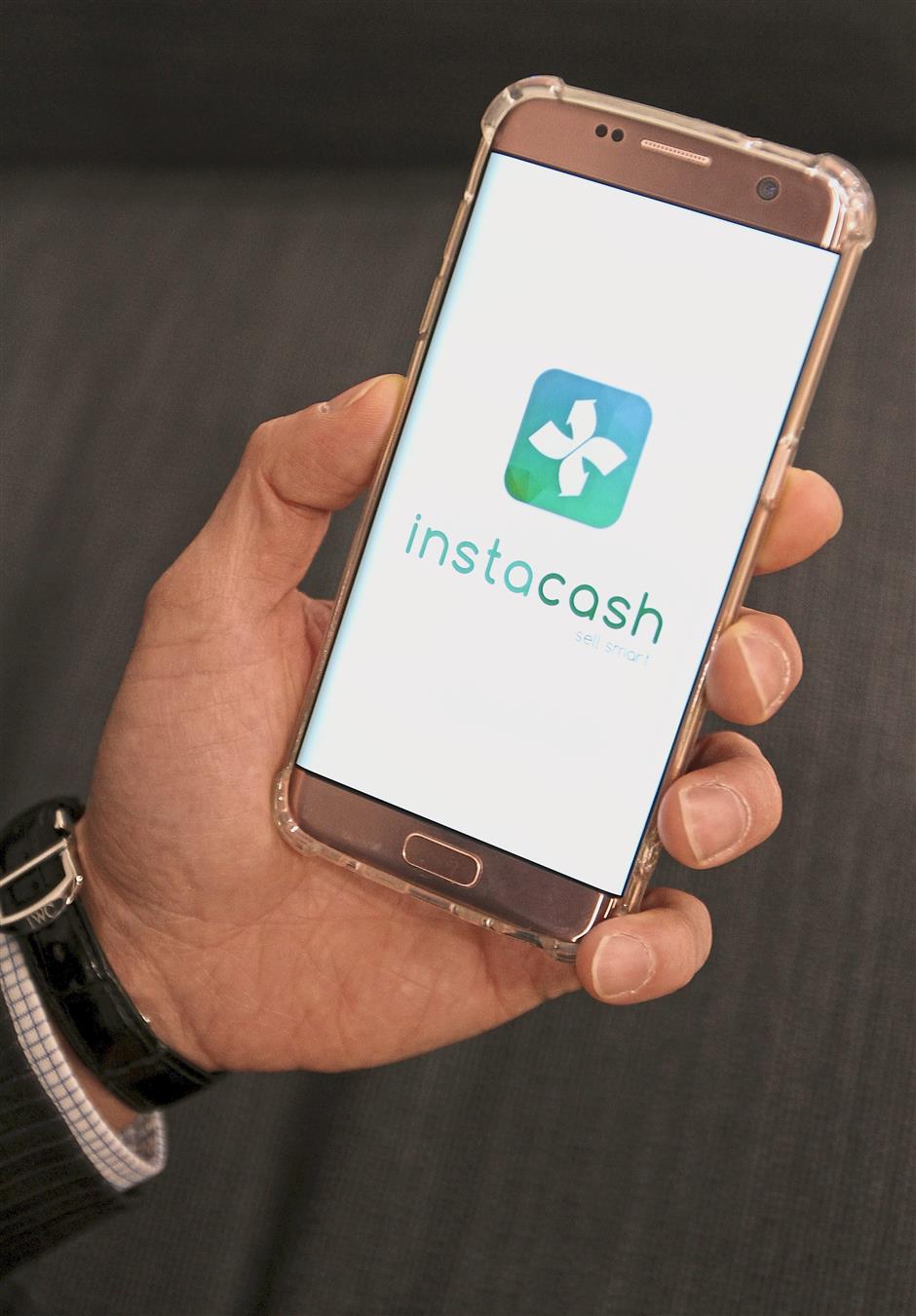 Expanding footprint: The company invested in India’s Instacash, giving it a footprint in the market.

While potential demand is strong, Lim notes that one of the biggest challenges for CompAsia is in securing sufficient supply of used devices.

“It’s easy to sell these devices because of the lower price point and quality that we give. But what’s challenging is we don’t get enough devices to sell,” he says.

Unlike new phones, you can’t place an order for a new batch of used devices from the producers.

As such, CompAsia works with mobile operators, big retail chains and device producers across the region through various types of programmes to collect back devices when customers opt to upgrade their smartphones.

“We work with them to design programmes that encourage consumers to upgrade their devices. So when they upgrade, we take back the old phones, we refurbish them and put them through a series of diagnostic tests to ensure that they are in working condition before we resell them,” he explains.

Every device collected by the company will be given a complete data wipe so that there is no residual data when the devices are resold. The devices are also graded according to their physical condition.

The company is currently present in Malaysia, Singapore, the Philippines, Thailand, Hong Kong, Taiwan, and most recently, India. Lim is looking at setting up an office in Indonesia before the end of the year and in Vietnam next year.

But Lim is also putting in effort to build its network with consumers so that it does not need to fully rely on large companies alone for its supply of used devices.

The platform allows consumers to sell their used device directly to CompAsia.

The Instacash app enables consumers to run several preliminary diagnostic tests on their phones and quotes them a price for the device. Should the consumer agree to sell the phone at that price, CompAsia would then arrange for the device to be picked up and pay the consumer.

More importantly, the investment in Instacash gives CompAsia a footprint into the huge Indian market. Through the app, Lim says the company has collected 5,000 phones a month from consumers there alone.

The app was recently launched in Malaysia and Lim is looking at a rollout to the rest of South-East Asia soon. This will help boost its supply of used devices.

“When we first did smartphones in 2015, we only sold about 4,000 used phones that year. This year, we are selling more than 1 million used devices. The number has increased so much in a matter of four years alone. 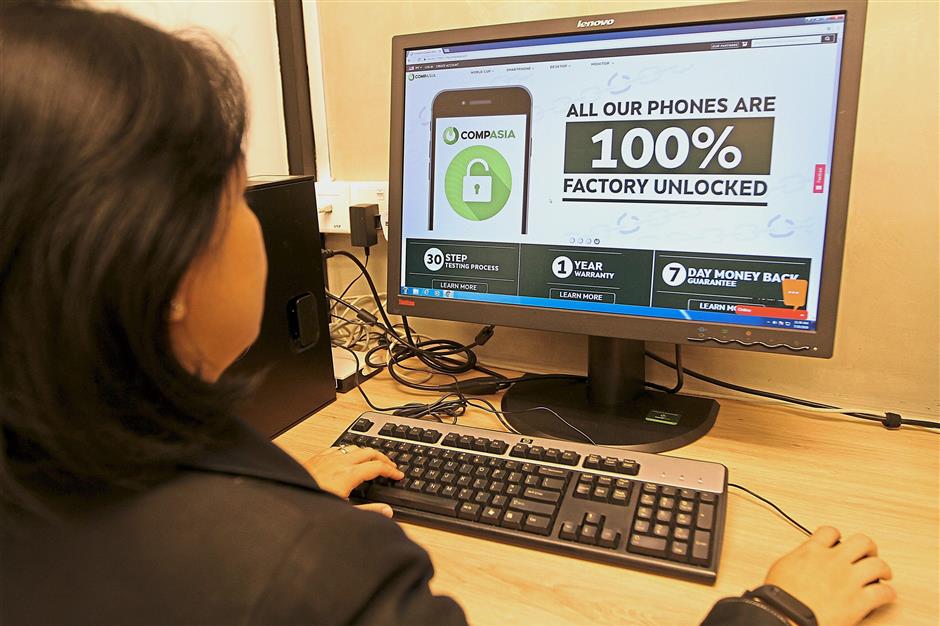 Distribution channels: Its devices can be bought through its online store.

“It is significant but not the majority. But by most standards, it is already a very large number. It is not easy to collect 1 million used devices a year from consumers. That’s almost 100,000 a month!” he exclaims.

Who knows, he mulls, the Instacash app may someday be present at mobile operator stores to enable customers to trade in their phones in return for cash or a coupon to buy a new device at the store.

“We also take in all conditions. There are people who have totally damaged phones, we take those in as well. But, of course, at different prices.

“We try to salvage as much as possible because we want to try to go green by giving these devices a second life. But those that we can’t salvage, we will sell them to recycling companies,” he says.

Asians generally love their new toys. But increasingly, more and more consumers are considering used devices when buying a smartphone. After all, there is still a lot of value in older devices at a fraction of the price of a band new phone.

“If you go to a place like Indonesia, Philippines or Thailand, an iPhone, for example, can cost them three to four months of their pay. It’s quite a lot.

“So they want to have it but it’s a very expensive investment. And imagine, every year, you have to fork out four months to pay for a phone because you change your phone every year. That is a lot, right? Therefore, we are giving them an alternative,” says Lim.

The used device market is huge. But with mom-and-pop shops making up about 95% of the industry, it is hard to earn consumer trust.

CompAsia addresses this concern by providing consumers with a one-year warranty on its used devices, crack screen protection and a seven-day return policy.

“First of all, we want people to have buying used phones as a consideration when they want to buy a phone. Secondly, if they consider that option, they should consider us. There’s really not many options out there and I think we have a very attractive value proposition.

“We want to create a different experience in terms of how refurbished devices are sold. In the long term, we want to be the recognised brand in the industry for someone who wants to sell or trade in their used devices,” he says.

Lim opines that the company has done a fair job of building consumer trust in the CompAsia brand over the last four to five years. He adds that its investment in Instacash will also help it reach out to more consumers.

At the moment, CompAsia’s used devices can be bought through its online store, through mobile phone dealers and through its stores in Pontian, Muar, Puchong and up-and-coming in Shah Alam.

It will also be opening up stores in the Philippines this year.

With significant room left for growth, he is targeting to hit sales of RM1bil in the next few years. 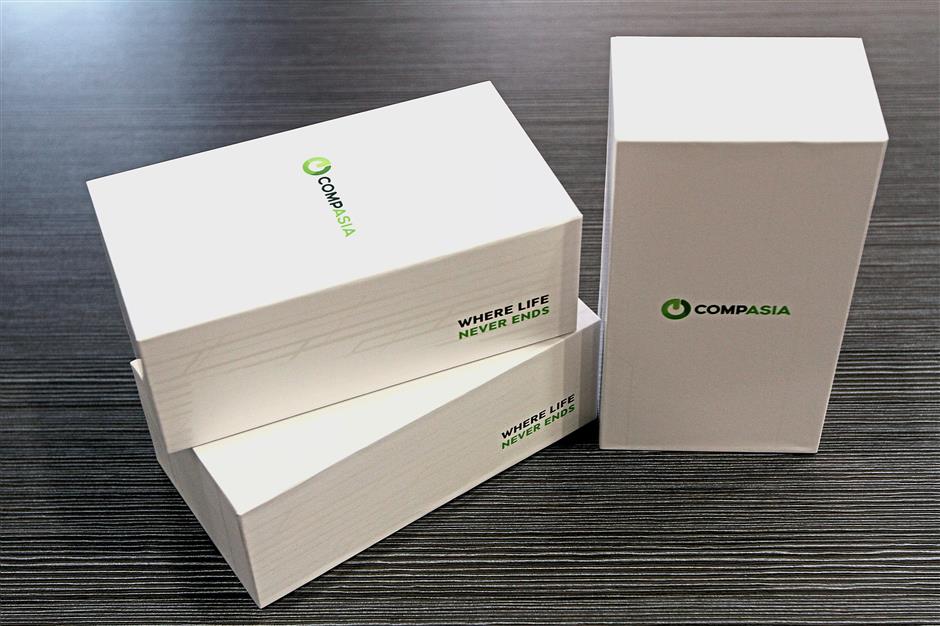 He notes that even with this target, the company is nowhere near to capturing a tiny share of the market.

He is also eyeing a listing exercise by 2020.

“There are not many companies that are doing what we are doing. There are definitely a lot of companies in different parts of what we are doing but not in an integrated way. They are either very focused on the upstream or the downstream business. This is the case even in advanced markets.

Lim is excited about CompAsia’s prospects.

“I think we are in a very exciting space. The first few years were a struggle, as in with any startup company. But we have come to a stage where it’s not so much a struggle now, but how do we grow the business in a big way, moving forward. We are looking at big jump in sales and in the number of consumers we serve.

“There’s just so much to do. We are going to have a lot of tie-ups across the region. And we are looking to grow very aggressively to become a multi-billion ringgit company...we hope, maybe in the next two to three years,” he says with a nervous laugh.