Economic and employment outlook in Kedah

Graduates in the north need exposure to job demands

“I WAS turned down after many interviews because I did not have the (right) experience. I do not understand why many employers do not see me the way those [companies] involved in SL1M (Skim Latihan 1Malaysia) do. If fresh graduates have no experience, then why not give them the experience they need and guide them to fit the purpose? This is a mindset [among employers] that needs to change.”

Those were the words of 26-year-old Muhammad Mahfudz Mohammad Yusuf, an insurance executive from the department of estate and administration at Tabung Haji Plantations (THP) Bhd.

The former SL1M trainee from Alor Setar, Kedah, said he realised many of the jobs he had applied for required some work experience, which he – as a fresh graduate – did not have.

The office system management graduate had completed his studies in 2015 and spent several months looking for jobs, both in Kedah and then in Kuala Lumpur. He attended several career fairs and open interview programmes. One of the applications he made was for the SL1M-THP training programme.

Shortly after, he received the good news that he was accepted as a SL1M trainee at THP.

Even though the job was unrelated to his field of study, he accepted the offer with pragmatism and had a willingness to learn about insurance from scratch.

“It was challenging at first, but my supervisor was there to teach and guide me. It’s not necessary for us to work in a field related to what we’ve studied. We can always learn new things,” he said.

It is through new experiences like this that one can develop their soft skills.

Mahfudz performed well in his one-year training period at THP Kuala Lumpur and was absorbed as a full-time employee in January 2016.

He is now happy with where he is and is able to help his family financially.

Mahfudz’s story is just one of the many success stories of graduates who underwent the SL1M training programme.

“People often say Kedah is the poorest state because we sacrifice very strategic areas for development, housing and factories (to carry out agricultural activities),” Kedah Mentri Besar Datuk Seri Ahmad Bashah Md Hanipah was quoted as saying in an interview.

So, what do employment opportunities in the state look like? What are the challenges faced by Kedah graduates?

Several graduates at the SL1M open interview programme held at the Sultan Abdul Halim stadium in Alor Setar, Kedah on Apr 14 and 15 noted that the starting pay was low and job opportunities were limited. 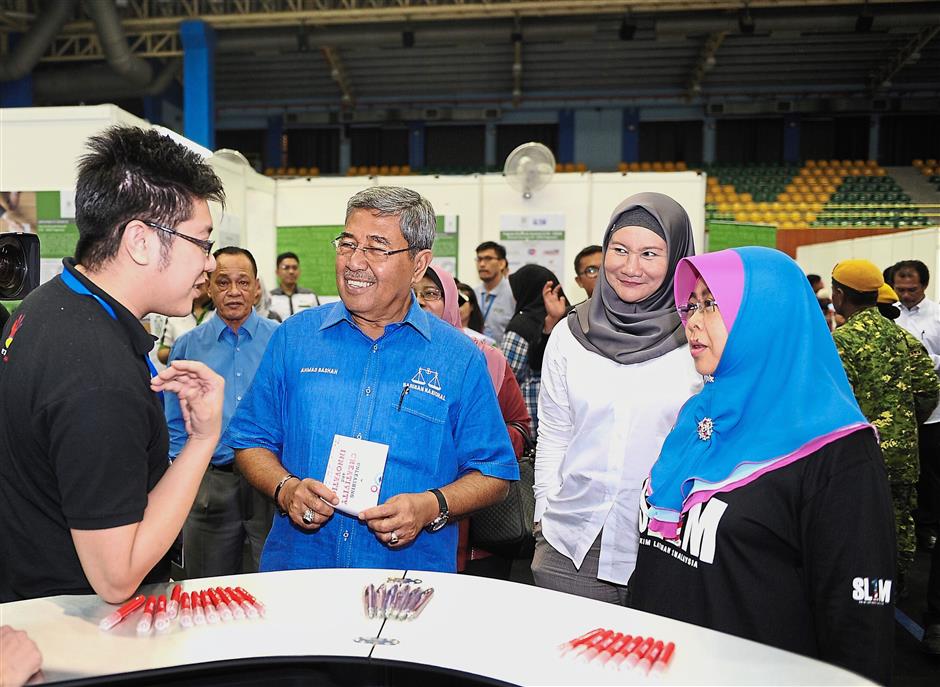 Accountancy graduates Nur Shuhada Mohd Fauzi and Aishah Shuib shared that the starting pay for jobs in Kedah is less than RM1,000. In fact, Shuhada once had a full-time job which paid her only RM600 monthly. This was a curious case because the Minimum Wage Order 2016 states that the minimum monthly wage in Peninsular Malaysia is RM1,000.

When asked how much one needs in order to live adequately in Kedah, another graduate Nur Fatin Mohd Razdi, 25, said she would need RM1,500 to cover her PTPTN loan repayment, daily expenses, motorcycle loan and family responsibilities.

This was probably one of the driving factors for her and the rest of the graduates who attended the SL1M open interview programme, as the monthly allowance of RM2,000 is more rewarding.

“There are job opportunities in Kedah, but not as much as KL,” the Islamic banking graduate said.

She only moved to KL when she was accepted as a SL1M trainee for Lembaga Tabung Angkatan Tentera.

Finance graduate Norshyamimi Ibrahim felt that because the retirement age has now been changed from 55 to 60, older employees are staying longer in companies, leaving little to no vacancies for fresh graduates.

Additionally, many of the vacancies required some working experience.

“I went for interviews in Kedah for banking (jobs) but they all required work experience,” said Nur Shakinah.

Norshyamimi also shared that when she searched for jobs on job portals, all the vacancies posted had a minimum requirement of two years working experience. Such a requirement was undoubtedly hard for fresh graduates, she said.

This is why programmes such as SL1M can help alleviate this issue by giving graduates the opportunity to gain experience prior to gaining full-time employment.

When some of the above issues were raised at a recent press conference with Ahmad Bashah, he acknowledged them.

“This is why we are bringing all these big boys (in reference to companies that were present at the event) based in KL to Kedah. We are going to develop [the state] slowly,” he said.

Kedah as we know, is the Jelapang Padi or rice bowl of Malaysia due to its strength in agriculture.

However, the state is also intensifying efforts to diversify its economy through high-tech industrial development. The Kulim High Tech Park is one. Opened in 1996, it is Malaysia’s first ever hi-technology park development, which houses various hi-tech manufacturing companies, both local and foreign.

Bashah said: “There are a lot of jobs in Kulim High Tech now. In fact, 22,000 job vacancies have been filled.”

His statement proves that with more development and investments coming into the state, more employment opportunities have arisen. So, it probably isn’t a surprise that the youth (aged 25 and below) unemployment rate in Kedah has reduced to 9.7% in 2016 from 14.4% in 2011, as reported by Malaysian Industrial Development Finance (MIDF) last year.

In fact, Kedah is one of the six states in Malaysia that has a single digit youth unemployment rate.

But employers noted some challenges among the Kedah graduates.

One of them being that demand does not meet supply in some fields. When asked about the SL1M-THP training programme, THP payroll and services manager Md Noor Md Arif said: “Priority is given to graduates with a degree in plantation and mechanical engineering and they will be stationed at our farms all over Malaysia.”

THP has been running the SL1M programme since 2011 and has since accepted 80% of the trainees as full-time employees into their company.

Another issue with graduates is the lack of career planning.

When UEM Group talent acquisition deputy senior manager Shahinaz Abdul Rahim asked the graduates who visited her booth about their career plans, they did not seem to have clear answers. According to her, some students picked courses without a clear idea of the job demands and career options.

It would seem that some of the larger issues faced by Kedah graduates include a lack of exposure to job demands, career options as well as work experience. One solution to bridging these constraints could be to attend career fairs whilst studying, to understand the demands and opportunities out there in the working world. More companies could also strive to provide a platform to give these graduates the experience they need prior to gaining full-time employment.

The recent SL1M open interview programme in Alor Setar, Kedah drew a crowd of over 20,000 people. 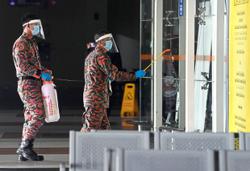 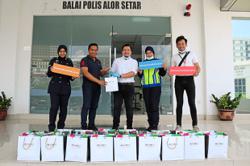