Bringing digital to the markets

Digital markets: Danny (left) and Eddy are certain that getting market merchants online is the way to go to expand their business.

Startup looking to be e-distribution channel for wet market merchants

THE wet markets are probably the last places that one would expect to see the use of digital technology like apps and online delivery. But Tunku Danny Nasaifuddin Mudzaffar and Tunku Nasruan Adil Mudzaffar, also known as Eddy, of Pasar App thought there was a gap there that they could pursue.

“Everyone is doing digital these days. And while there are third-party delivery apps that service the supermarkets, there wasn’t one that service your ‘uncles’ and ‘aunties’ in the pasar. So we saw a gap in that market.

“We don’t want our market merchants to be left behind in this digital revolution so we thought we could help them with their first e-distribution channel and be an added source of revenue for them,” says Danny.

The brothers, along with co-founder Jeysie Wong, launched Pasar App last August, which enables merchants in wet markets to sell their wares through the platform. Customers can then make an order and have their items delivered to their doorstep.

But was there a real gap or were they just trying their hand at introducing digital technology into a marketplace that has been doing fine without it?

“The consumer pattern is changing. People are more used to getting their things online. The hypermarkets already have this service. And for us, we can see the gap in the pasar space and we see it growing. People who don’t have the time to go to the pasar, we now provide this convenience to them. And we are helping the merchants,” Danny explains.

Notably, Pasar App, owned by Munaq Holdings Sdn Bhd, is not the first platform to service the markets.

E-commerce startup, Pasar Tap, was launched in January 2016 and offers produce from two main markets as well as through wholesalers.

The difference between the two, though, is that Pasar Tap’s users don’t know which market or merchants their groceries come from while Pasar App’s users can opt to purchase their products from specific merchants.

“It’s important to have the names of merchants on our platform. Most shoppers, particularly the older ones, go to the market for a certain merchant,” says Eddy.

Danny notes that Pasar Tap has been doing well so far, which paves the way for Pasar App to grow.

“Our main target segments are housewives who are too busy to go to the market, young workers who want fresh groceries as well as students. When we started our first service area outside Klang Valley, we went to Kampar, Perak, where it is mostly a student area. And they are using the app a lot.

“In Kampar, we are not just doing groceries. We found that there is also a gap in that market for other things like toiletries and prepared meals and so on. So we are providing that market with more services. We are a delivery app anyway,” says Danny.

According to Danny, Pasar App has seen more than 10,000 downloads with 5,000 registered users.

Nonetheless, he acknowledges that the app is struggling to convert its registered base into regular users. Currently, regular users amount to about 100. Those who have actually tried the app use it fairly regularly, he says.

Converting merchants was also a challenge for Pasar App.

“How do we get them online without disrupting their way of life? That was a gap we had to overcome. When users order through the app, we have to pass on the orders to the merchants through SMS. So even if we are digital, we have to change it back to a more traditional communication form for them. But we’re still giving them that e-distribution channel to add to their business. And some are seeing how the app has helped other merchants and now, they too want to come onboard,” says Eddy.

The Pasar App team is currently focused on opening access for users in Penang, Perak, Kedah and Kelantan before expanding to the Southern states in the second half of the year. And next year, it is eyeing markets in Sabah and sarawak.

But Pasar App’s expansion plan does not revolve around adding locations alone. It is also looking at adding on more features such as e-wallets and credit cards usage to the app to give its users a better experience.

“In the future, we want to look into the B2B (business-to-business) segment as well like the caterers and restaurants. That will be a more sustainable market segment. But it also requires more investments into logistics because the orders are larger. Now, we are just dealing with motorbikes. But we’ll need trucks for B2B,” says Danny.

Danny hopes Pasar App will get it right in the local market as this will pave the way for the company to expand overseas.

“Online grocery is a growing market. Look at what’s going on with Amazon and its acquisition of Whole Foods. So there is potential in this space. It’s a matter of maintaining sustainability.

“To be successful, you need to differentiate yourself. It’s about how well you position yourself through branding and marketing. It requires a lot of groundwork. But it’s a great space to be in,” he says. 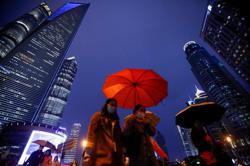 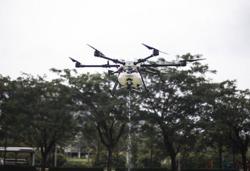