A clear view on the safety business

IMAGINE the car you just drove back from the showroom missing from the porch the next morning. But with footage and images of the grand theft auto clearly captured by the home CCTV, the authorities managed to trace back your new wheels.

It is in such situations that one will get the sense of how some extra eyes, even electronic ones, can really come in handy.

But what is more important, is it may well stop the act in its tracks. According to many established researchers, having a visible camera surveillance system go a long way in discouraging criminals and thus preventing crime, says Wan Yat Hon, founder and managing director of Gamma Solution Sdn Bhd, a CCTV and security system solution provider.

Every business owner knows the importance of preventing shoplifting. What they may not know is that most cases of theft usually come from within the organisation. Since employees know more about a business, they are often able to steal from the establishment with greater ease than a customer. Security cameras can ensure owners have the video evidence needed to hold workers accountable should this situation occur, says Wan. Gamma’s main customers are in the banking, manufacturing, transportation and education sectors.

But lately, even residences are seeing a pick-up in demand for quality surveillance and security systems.

“HDTV is the new standard for all CCTV systems and it is a great way to protect businesses from unintended wastages and lost productivity due to slack and inefficiencies,” says Wan.

“If you are about to install security systems on a new site, there is little point in considering legacy security technologies such as analog CCTV cameras and stand-alone systems, as these technologies yield an increasingly lower return on investment each year. In other words, CCTV and surveillance equipment must be appropriate and sufficient for the problem and situation it is intended to address. The technology should respond to the established objectives,” he adds.

The potential for IP-based surveillance system in Malaysia is big, notes Wan, as close to 50% of the security market in the country is still adopting the legacy analog systems. He expects adoption of IP-based systems to grow by 40% in the next five years.

Although CCTVs have been around for more than 30 years in Malaysia, Wan says the video surveillance landscape has changed significantly in recent years from both the technological and business perspectives.

From analog systems relying on video recorders of yesteryears, today’s trend is dominated by high-definition network cameras, which have become cheaper and more plentiful in the market – including many that cater for high-end users.

As the trend for Internet of Things (IoT) becomes more of a norm, video data with input from smart devices is becoming more robust and secure.

“With the number of IoT devices projected to grow from 12 billion to about 30 billion by 2020, IoT systems can be integrated with and supported by video to provide information for facility, operational, or business needs. This will present a whole new growth market for Gamma’s devices and services,” says Wan.

One of the advantages of Gamma, as a market leader in Malaysia, is its expertise in the area of IoT to ride on the digital economy as more establishments and applications adopt digital technology for their security and other intelligence gathering, he adds.

Gamma has established a close relationship with many of its principals including Intel and Geovision, earning the company a reputation as the leading surveillance provider in the country.

It is now ready to look at opportunities in the region, in markets such as Indonesia, Thailand and Vietnam.

“The market situation for CCTV technologies and surveillance systems in the regional countries is quite similar with the exception of Singapore,” says Wan.

Gamma’s system is also used in most of the duty-free shops at the Kuala Lumpur International Airport.

“Malls and shopping centres can also benefit from security cameras. These areas are usually crowded and busy, making them easy targets for criminals. With the right surveillance equipment in place, even the most bustling commercial area can reduce security risks,” he says.

Increasingly though, CCTV and surveillance systems applications are moving beyond purely security-focused. Some of Gamma’s major customers – including a few premier malls in Malaysia – are also using Gamma’s Intel motion-detection technology for video analytics like heat mapping and person counting to help businesses gather more intelligence and strengthen security.

With the advancement of IoT, surveillance systems are now an essential part of the digital economy as a business strategic planning tool.

On the business front, Wan says Gamma has been affected by the macroeconomic factors such as depreciation of the ringgit and slower business spending in the last two years. Its revenue dropped from the peak of RM12mil to around RM8mil last year.

But Wan, who is the sole owner of the company, says the Asia Pacific region continues to lead in adoption of new technologies and investments in advanced CCTV and surveillance system are set to increase in the foreseeable future.

Taking a longer term view, Wan says Gamma will be targeting a region wide presence by working with its principals.

Gamma took home the Platinum Award in the Best in CSR category for companies with revenue of up to RM25mil at The Star Outstanding Business Awards 2017. 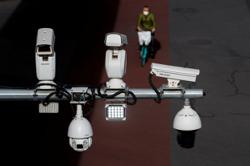