Slick moves on and off track

A file image of the 2014 Formula 1 Petronas Malaysia Grand Prix in March. Forbes magazine reported earlier this year Malaysia has seen a a 351% increase in the number of international tourists visiting annually since it hosted its first F1 race in 1999.

THE Sepang International Circuit (SIC) was built to promote Malaysia globally through motorsports and it has done so successfully.

Designed by renowned German circuit designer Hermann Tilke, the 5.54km track features 15 turns and eight straights. F1 cars have been known to hit speeds of up to 300km per hour on the circuit. It is also one of the very few sporting venues in the world that can accomodate 130,000 people.

This made it a firm favourite for international motoring events such as the Formula One, MotoGP and many others.

The hub for motor racing activities in the region and a catalyst to spark a new beginning for Malaysia’s motorsports industry, SIC has also played a tremendous role in elevating tourism in Malaysia despite facing criticism in its early days. 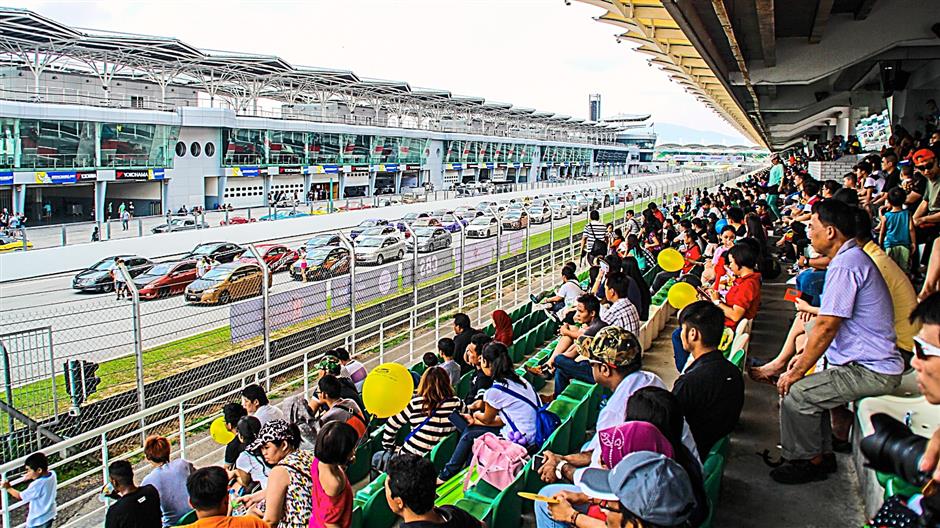 Razlan says the circuit is almost fully booked throughout the year, but car and motorcycle clubs are always asking for more days.

Critic may initially have said the circuit was a waste money back then, but globally motorsport has helped countries tremendously.

According to an article published by Forbes earlier this year, developed nations that host an F1 race gain economic benefit from hundreds of thousands of spectators spending in the local area when they attend a race.

The article also stated that countries that joined the F1 calendar since 1999 had an average rise in tourism of 83% by 2012. 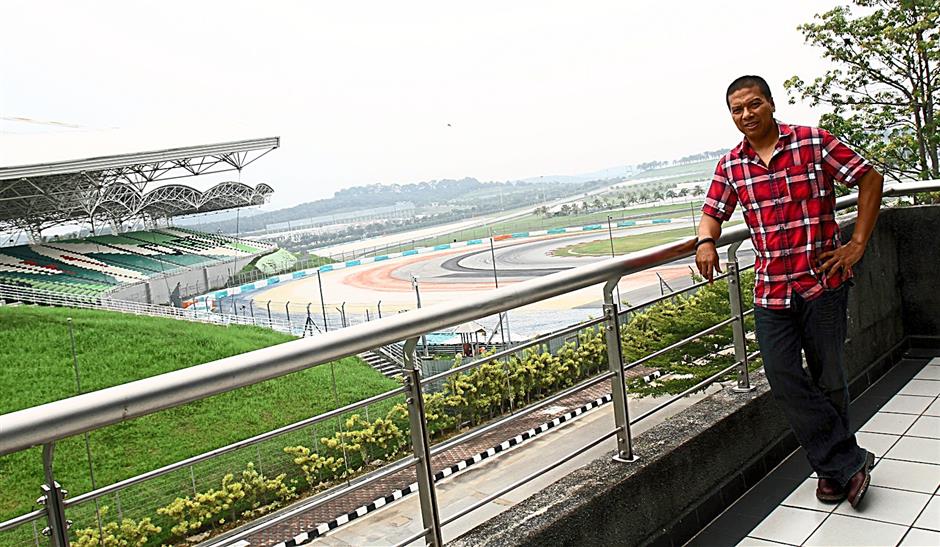 SIC, under the charge of chief executive officer Datuk Razlan Razali since 2008, has been a successful track in this region.

The best performer, accordign to the report, has been Malaysia which experienced a 351% increase in the number of international tourists arrival since the country hosted its first F1 race in 1999.

However, despite its image as a leading motorsport facility, SIC, over the years, has rebranded itself as a one-stop venue for all kinds of events under the watchful eyes of SIC chief executive Datuk Razlan Razali, who took over in 2008.

Prior to Razlan’s involvement, SIC was having mixed financial results, but after removing all the excess baggage, SIC has become a profitable venture for the Government. Razlan showing a model of their new storage facilities for motorsports enthusiasts which is being built now.

“We streamlined our products and tightened our procurement. We had a clear direction for motorsport but SIC is far greater than that. We have 300ha (741.3 acres) to play with and the circuit only takes up about30ha,” said Razlan.

“We developed a rate card for everything and we stopped giving discounts. From events to weddings, anything is possible at SIC. Soon I will even rent out my staff,” he quipped.

The moves proved to be pivotal for SIC as the venue is utilised 96% of the time in a year. Track-day events have hit a peak and car and motorcycle clubs are still requesting for more days.

The South-East Asia Motorcycle Business Forum 2014, to be held on Oct 23, at the Perdana Suite in the circuit’s pit complex, is organised in conjunction with the Shell Advance Malaysian Motorcycle Grand Prix to be held at the Sepang International Circuit from Oct 24 to 26.

The event is expected to feature key players in the region’s motorcycle and motorsports industry, and offer delegates an opportunity to learn from and network with leaders of the motorcycling and motorsports fraternity.

“Despite being the first edition of the forum, the South-East Asian Motorcycle Business Forum was very well received last year, and we had many requests to hold the event again this year.

“Definitely, motorsports is a very exciting sector that offers many business opportunities for a range of industries, both central and peripheral ones.

“We believe it is highly beneficial for any individual or corporation with the intention of being a part of the two wheel motorsports industry — from sponsors and manufacturers to venues for hospitality and the media. Besides interacting with leading figures in the industry, delegates will have the unique opportunity to listen to new ideas, debate current issues and network with other like-minded people,” said Razlan.

“This year, we expect to hold talks, panel discussions, dialogues, and we will also be announcing exciting plans for the future of motorsports in Malaysia.

“This is an ideal venue for gaining contacts, cementing deals and agreements, which we hope will achieve great success and further help boost the motorsports industry,” Razlan added.

As SIC prepares itself for another phase of development, a five-year masterplan has already been submitted to the Government to ensure the continued success of the circuit.

“We are already offering what hotels can offer. So, the only thing missing is a hotel itself. We are planning to build a four-star hotel with at least 200 rooms within the vicinity,” Razlan says.

“If we look at all the F1 tracks that were built before 1999, they have their own hotel. We are also looking at developing a commercial park. If we look at the Suzuka circuit in Japan, this is what they have done. They have created a natural progression for their population from very young age to enjoy motorsports,” said Razlan.

“We want to make SIC a daily destination for Malaysians and foreign tourists,” he added.

He also did not deny that Malaysia may stop hosting F1 after the current contract ends next year.

“We are still in active negotiations with them (F1 organisers) and we are trying to work something out. They are asking for a very long commitment period, which we are still considering. The five-year masterplan is also to ensure SIC continues to be profitable even if we don’t organise F1” said Razlan.

“On the other hand, the local market for MotoGP has been rising for the last five years. It is a carnival like atmosphere. This year we have 83 different trade partners who will be here at SIC for the three-day event,” Razlan added.