MANY residents of USJ, in Subang Jaya can be forgiven for having been sceptical that Main Place, the newly opened neighbourhood mall in USJ21, would ever see the light of day. After all, it had sat as an abandoned project for more than a decade.

But the new retail centre has seen encouraging acceptance from the neighbourhood since its soft launch in March. And the management team is optimistic that Main Place is getting off to a good start.

“We have accomplished certain achievements with the opening of the mall. The feedback from customers and the neighbourhood has been good so far. People are happy with our offerings,” said mall management director Woo May Foong.

The project is developed by Bina Puri Holdings Bhd 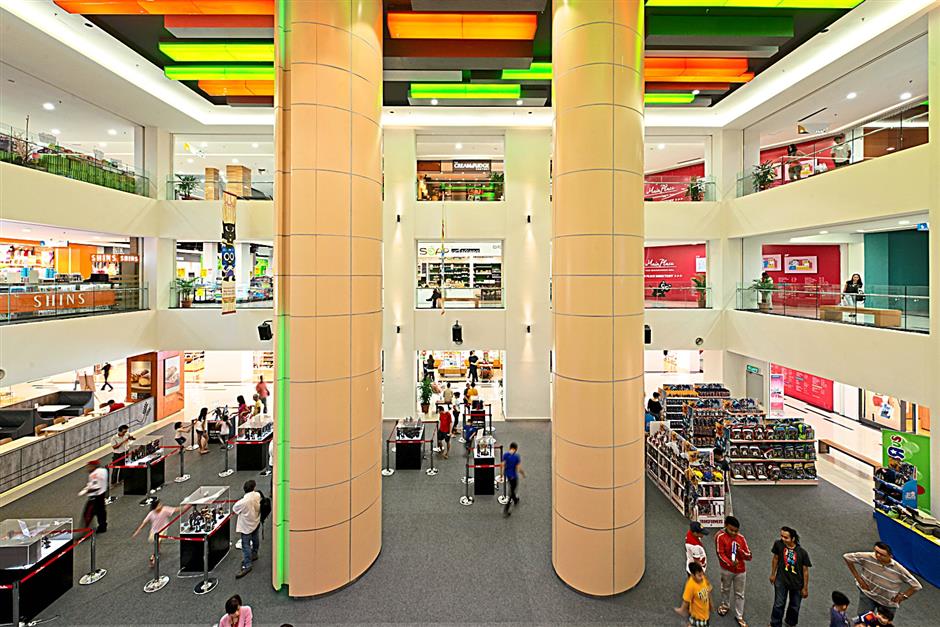 The mall has a nett lettable space of 250,000sq ft with every floor planned and designed to meet shoppers needs.

Prior to Bina Puri’s involvement in 2009, the development had been an abandoned project since 1997. Woo recalled that previous attempts to revive it had failed.

Naturally, when the mall was finally completed early this year, the management team had to ensure they had a compelling product to offer.

“We had to do a lot of market research. It is hard for people to forget what they have seen of this place previously and it is tough to convince people about the potential of this area,” Woo said.

Having observed the various retail offerings in the area, Woo noted that there was no comfortable place for the middle class families to spend their weekends.

“There was a gap in the area. They want to have a nice place that they can go to on weekends without having to jostle with large crowds and they also want to be seen in a more upmarket setting. This helped create the concept for the mall,” she explained.

And the concept seems to be working out well for the mall.

Main Place receives about 350,000 visitors a month, which makes up about 85% of its targeted five million visitors a year.

Woo said the mall would be able to easily tap into the surrounding population of 900,000 within a 15km radius. Main Place is a new neighbourhood mall in USJ21.

The mall has a nett lettable space of 250,000sq ft and is anchored by Jaya Grocer and 12 other brands, including Uniqlo, Brands Outlet, Cotton On, Nichii, Original Classic, Toys “R” Us, KizSports & Gym, Lovely Lace Home, Daiso, ESH and Popular Book Store.

Woo said every floor in the mall has been carefully planned and designed to meet the needs of shoppers.

Its lower ground floor has a wide variety of casual dining options and services including Porridge Time, Oyster King and Caring Pharmacy, while the ground floor houses brands such as Apple Store and Body Shop.

“We try to have everything under one roof so that there is a choice for everyone. We have planned the mall in such a way that it is convenient for our visitors. For example, we have drop-off spots at two levels which will help those with wheelchairs and strollers. We also have two escalators on every floor, even though it’s a small mall,” Woo said.

The mall is currently 85% occupied and Woo is confident of filling it up by year end.

Woo also noted the residential portion of the development is set for completion over the next few months, which will add another 30% to 40% of traffic to the mall.

“There is a lot of potential for Main Place. We have a differentiated offering within the vicinity and it complements current retail offerings in the area rather than competing.

“Every mall has its own character. We are quite happy with our results,” she said.