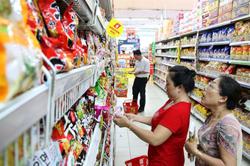 Datuk Pang Chin Hin, chairman of snack food producer Mamee-Double Decker Bhd, has come a long way as a manufacturer. From a small manufacturing company in 1971, Pang has spent much time and effort building what he now proudly calls the Mamee empire.

His journey as a manufacturer started when a friend coaxed him to venture into the instant noodles business. Pang was then a secondhand car dealer.

Pang teamed up with a friend, who provided financial support, and kicked off the instant noodle business without any relevant knowledge or experience. His only encouragement was his friend’s assurance that there was a better future in selling instant noodles compared to selling second-hand cars.

Tee Chew, who is now the company’s CEO, was sent to Japan to further his studies and had stayed on to work in one of the leading instant noodles factory there.

Upon his return, Tee Chew handled the marketing of Mamee’s instant noodles to rural sundry shops while Pang focused on the operation of its factory in Malacca.

Mamee’s instant noodles were sold under the brand Lucky. But it did not live up its good fortune as tight competition from established brands such as Maggi and Cintan gave it a tough time in the market.

Due to low sales, Lucky ran into financial problems, which prompted banks to stop their financing and investors refused to inject more capital.

But Pang learned that there is indeed a silver lining in every cloud.

Today, after 42 years, Mamee Monster is likely the only successful noodle snack in Malaysia.

The manufacturer has also expanded its product range to include Mister Potato and the current hit, Mamee Chef, which was launched in 2011.

Mamee Double Decker is one of the largest manufacturing companies in Malaysia and currently exports to 80 countries worldwide. But the company is focused on raising the bar for instant noodles in all areas.

“We will continue to challenge ourselves to produce recipes and products that Malaysians love,” Tee Chew said.

Mamee-Double Decker was granted halal certification for adhering to the industry’s best practices in maintaining the highest standards of quality and hygiene in food production.

During the recent Putra Brand Awards, Mamee-Double Decker won recognition under the Food Stuffs category. The company’s Chef Curry Laksa has also been rated one of the Top 10 Best Instant Noodles in The World by an American blogger, The Ramen Rater.

Pang is proud of all the achievements that Mamee Double Decker has achieved. Pang’s efforts to grow the company is now continued by his two sons, Tee Chew and Tee Nam. 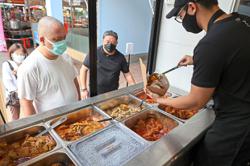