Once completed, the 335 units that are semi-furnished, will have easy access to embassies nearby, the Prince Court Medical Centre, an international school, and malls .

According to a news report, Japanese department store operator Takashimaya Co Ltd is said to beconsidering setting up an outlet at the Tun Razak Exchange (TRX), Kuala Lumpur’s upcoming international financial district, which is a stone’s throw from The Horizon Residences development.

Some of the main features of the project include panoramic views of either the Royal Selangor Golf Club, the Kuala Lumpur city skyline or Petronas Twin Towers. 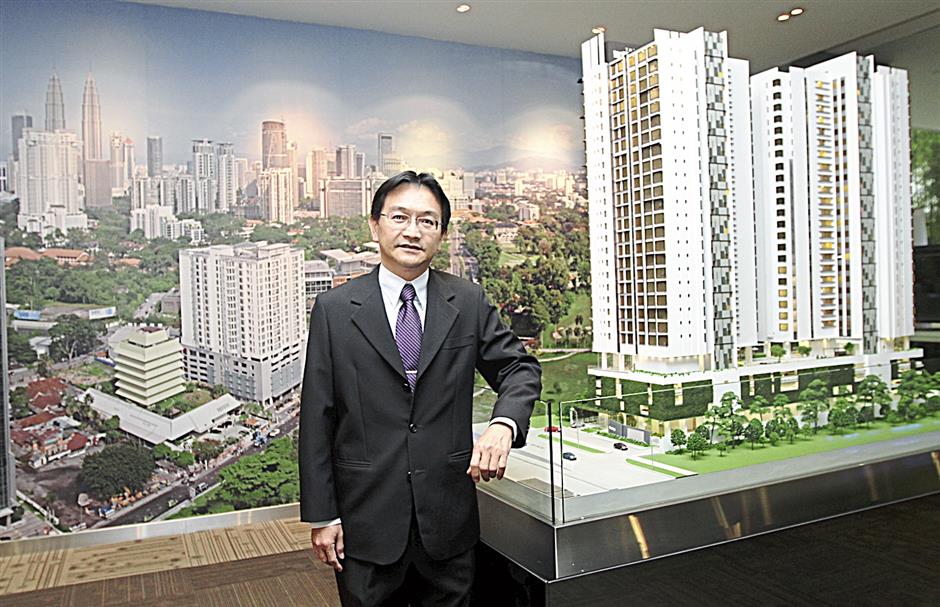 Khor says the project has been drawing the interest of foreign buyers.

David Khor, Hap Seng Land’s chief operating officer, says, currently the apartments have been attracting the interest of both local and foreign buyers.

“The profile of local buyers are aged 40 and up, while smaller units are mostly taken up by young professionals in their 30s.

“We have had Singaporeans, South Koreans and Japanese buying our units,” Khor said, adding that foreign buyers so far are from nine nationalities.

He said approximately 90% of the units have already been sold.

The project, which has a gross development value of RM412mil, features a floating gym, a 50m infinity edge lap pool, a bubble jet pond with stepping stones and a comprehensive three-tier security system.

Each unit is also equipped with double-glazed glass to cut out external noise from traffic.

“This is one of the luxury developmentsbeing worked on by the company. It’s not just a good location but it’s also filled with energy-saving fittings.”” said Khor.

According to Khor, the project is using the Construction Quality Assessment System for , a widely recognised and internationally accepted construction quality assessment system by Singapore’s Building and Construction Authority to measure quality standards in building projects.

The project has also submitted a Green Building Index certification, which is a green rating tool for buildings.

Officially launched in January last year, the project is expected to be completed by March 2015.