TLC Hypermarket is located on the third floor, which is unconventional as most supermarkets or hypermarkets are on the ground floor for visibility and accessibility.

WHEN Kenny Yong ventured into the grocery business, he went in with two feet and few clues on what to do.

Yong’s family is the founder of TLC Hypermarket, a relatively new supermarket operator located in 1 Shamelin Shopping Mall in Cheras.

Yong, who is the managing director of TLC Supersaver Sdn Bhd, which operates the TLC Hypermarket chain, is more proficient in property development, an industry his family is familiar with. He is also the executive director in Y&Y Property Development Sdn Bhd, another family owned company.

Having spent most of his working years developing industrial and hotel projects, running a supermarket did not come easily.

TLC Hypermarket’s history is rooted in a small-town wholesale grocery store known as Kedai Runcit Tong Lee Chan in Banting, which was started by Yong’s grandfather, Yong Kee Mee, in the 1930s.

But Tong Lee Chan closed its doors during the Japanese occupation of Malaya and the family eventually ventured into property development.

However, the property developer could not secure an anchor tenant for the mall as the space allocated for a hypermarket was located on the third floor. Most malls host a supermarket or hypermarket on the ground floor for visibility and accessibility.

After a year of pursuing potential anchor tenants, Yong’s family decided to take up the tenancy for the 115,000sq ft lot on the third floor, marking the company’s first foray into the supermarket industry.

Yong and his family decided to use the name TLC in honour of the old sundry shop and in memory of his grandfather. “It is very much still a family business and we wanted the name to reflect that,” Yong said.

TLC Hypermarket opened its doors in December 2012 but the business proved to be a challenge.

“When we started, we did not have a choice but to go into retail because the mall needed an anchor tenant and we could not find one.

“We did not know much about supermarkets so we had to spend a lot of time to research brands and market trends. We had to learn how to adapt to market changes. It is definitely more challenging than property development,” said Yong.

Unlike the property market where staying power is generally rewarded with value appreciation, Yong explained that the retail industry requires a high turnover of stock to maintain a vibrant business. The TLC Hypermarket of today would come as a surprise to Yong Kee Mee who started Kedai Runcit Tong Lee
Chan in Banting in the 1930s.

Nonetheless, there is a ready market to tap into in Cheras. The 1 Shamelin mall can count on some 500,000 people within a 10-minute drive as potential customers and is a stone’s throw away from other hypermarkets including Aeon and Tesco, which enjoy good traffic.

According to Stanley Yee, assistant general manager of TLC Supersaver, TLC Hypermarket’s edge comes from providing a different ambience for its target market.

“TLC Hypermarket is a hypermarket with the ambience of a supermarket. It has the comfort that caters to modern shoppers. Additionally, we have competitive pricing and good service to try and gain more market share in the existing area,” Yee said.

Today, TLC Hypermarket receives about 130,000 visitors a month, which makes up half of 1 Shamelin’s total foot traffic.

TLC Hypermarket sees monthly sales of about RM3.6mil, which Yee noted is “not too bad” for a newcomer and for a hypermarket that is not located on the ground floor.

There are plans to grow the retail business to three outlets in the Klang Valley within three years to achieve economies of scale. The group has yet to identify new locations, but Yong is eyeing mature locations to ensure a ready market for its hypermarkets.

When Y&Y Property embarked on 1 Shamelin, Yong had envisioned it to be a vibrant retail space where entrepreneurs would have the opportunity to tap into the bustling commercial and residential township of Shamelin Perkasa in Cheras.

“We wanted this mall to be easily accessible to entrepreneurs, something like Sungei Wang Plaza when it first started. Most small entrepreneurs don’t have the chance to go into malls because of the high rents,” he said.

Building a mall was relatively easy for Yong, but managing it is another issue altogether, more so because it is a strata mall.

Yong had thought securing sales of 15% would mean at least the prime lots would be up and running by the time the mall was completed.

However, less than 10% of the 400 units opened for business as most of them were bought as investments rather than for entrepreneurial purposes. Apart from the lots that have been sold, about 60% of the 450,000sq ft mall still owned by the company is currently occupied.

“This is something we did not anticipate. Going into the mall business, we had thought as a developer and not as a mall manager. But we are learning.

“We have plenty of room to grow. Our current challenge is to fill the mall. Once we reach an 80% occupancy, we should be fine,” Yong said.

The group is carrying out a number of activities to drive interest in the mall and is continuously educating existing store owners to run and manage their businesses while working with various agencies to encourage entrepreneurs to take up tenancy at the mall.

Yong is optimistic the mall will eventually be filled with the right tenants. He noted that the mall already has quite a few facilities including a variety of F&B outlets, a cinema, fitness centre and a badminton academy, which should draw the crowd.

“I believe my idea will be successful one day. It just takes time to get there,” he said. 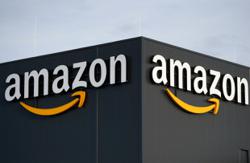 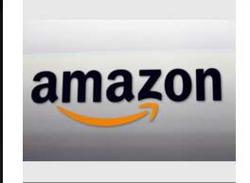