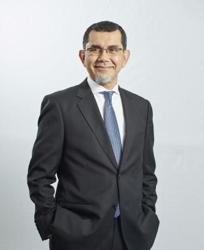 The two companies recently signed a memorandum of understanding (MoU) to establish a joint venture company to manage the MyAngkasa Pharmacy network in Malaysia.

This collaboration, which will use a franchise system, will see it grow into the nation’s largest pharmacy chain in the next five years.

“We hope to open 15 mega stores and 1,000 pharmacies across the country in the next five years. The first MyAngkasa Pharmacy mega store is scheduled to open in the first quarter of 2014 in the Klang Valley, and we are targeting to open five mega stores and six satellite pharmacies next year.

“Our goal is to provide quality medical supplies to 6,000 cooperatives and the 10mil Angkasa members in the country,” said Syed Zainal.

The franchise scheme is open to cooperatives and cooperative members who are interested in becoming entrepreneurs through the pharmacy business plan.

Syed Zainal said a franchisee would need RM1mil to set up a MyAngkasa mega store while the satellite pharmacy would cost about RM500,000 with an average return on investment expected to hit 25% per annum.

Perbadanan Nasional Bhd (PNS), an agency owned by the Ministry of Finance Incorporated (MOF Inc), which has been given the task of leading the development of Malaysia’s franchise industry, will provide training programmes for those interested in taking up the pharmaceutical business. PNS is also a major shareholder in Bioalpha.

Kopsya (Angkasa’s Islamic financial institution) will provide funding of up to RM3mil to qualified franchisees depending on the capital requirements needed.

The criteria and application requirements to become a franchisee will be announced in the near future.

An online healthcare store portal, the MyAngkasa Pharmacy Online Store (www.angkasapharmacy.com), is also already in the pipeline. The portal aims to serve members’ healthcare needs with the most convenience.

“The online store will deliver to members’ doorsteps at the lowest price.

“Online shopping will add extra convenience to consumers, something which countries like Japan and Korea have adapted but we are just picking up here,” said Syed Zainal.

MyAngkasa Pharmacy will also give out membership cards with features like salary deductions, exclusive members’ discounts, point accumulation and others. There will also be weekly and monthly promotions for both members and the public.

A special health-screening package will also be available to MYAngkasa members and an allocation has been set aside for a special medical aid fund for those in need of special medicine or medical devices.

According to Abdul Fattah, the MyAngkasa Pharmacy is expected to create 2,030 job opportunities for pharmacists and more than 7,255 vacancies for semi-skilled workers.

“It will contribute RM4bil in revenue to Malaysia’s Gross Domestic Product (GDP). But in order to meet the requirements, the MyAngkasa Pharmacy chain will collaborate with local universities and institutions of higher learning like UiTM and USM to ensure the availability of pharmacists,” he said.

“The retail pharmacies will be one-stop centres where everything ranging from medicine and supplements to health food, skin care and personal care items will be provided.

“It will also cater to those in need of medical devices such as wheelchairs,” Abdul Fattah said, adding that the proposed three-storey mega stores would also include a halal corner and a health cafe. 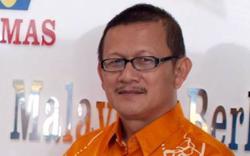