Health food: Multi grains are a popular food in Korea.

ASK MALAYSIANS about Korean food and terms like kimchi, ginseng and bibimbap come to mind for people who are slightly familiar with dishes from the Land of the Morning Calm.

If you then ask them where to find a Korean restaurant, many might answer “Little Korea” in Ampang, where you can find many such restaurants.

That was perhaps a decade ago.

Today, people can find not only Korean reataurants in most cities and major towns, they can also try to cook Korean dishes at home.

This was the vision of Hwang Seung-Sang, 55, when he arrived in Kuala Lumpur for the first time in May 2005. 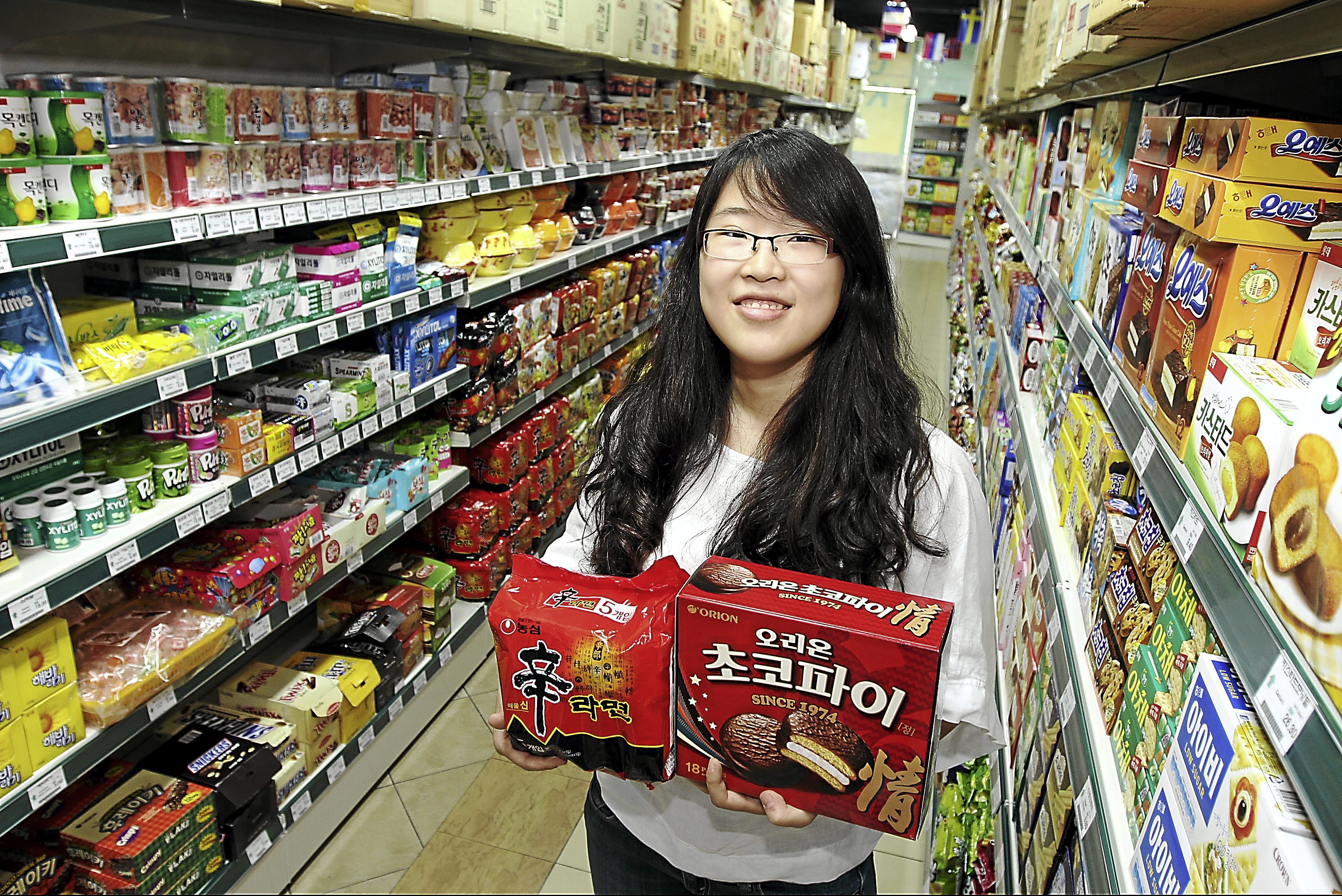 Family affair: Hwang Hyun-Ah, daughter of Galaxy Korean Mart owner Hwang Seung-Sang, holding up some of the snacks and food available at the market.

With over two decades of experience running a grocery shop in Seoul, he came to help his friend set up one in Ampang.

But the trip also saw an important turning point for the Hwang family.

He discovered business and educational opportunities in Kuala Lumpur and decided to relocate his family here as soon as possible.

He went home and brought his family to Kuala Lumpur in July 2005.

He and his wife, Kim Yong Soon, 54, focused on their business while their two teenage children studied in an international school in Ampang. 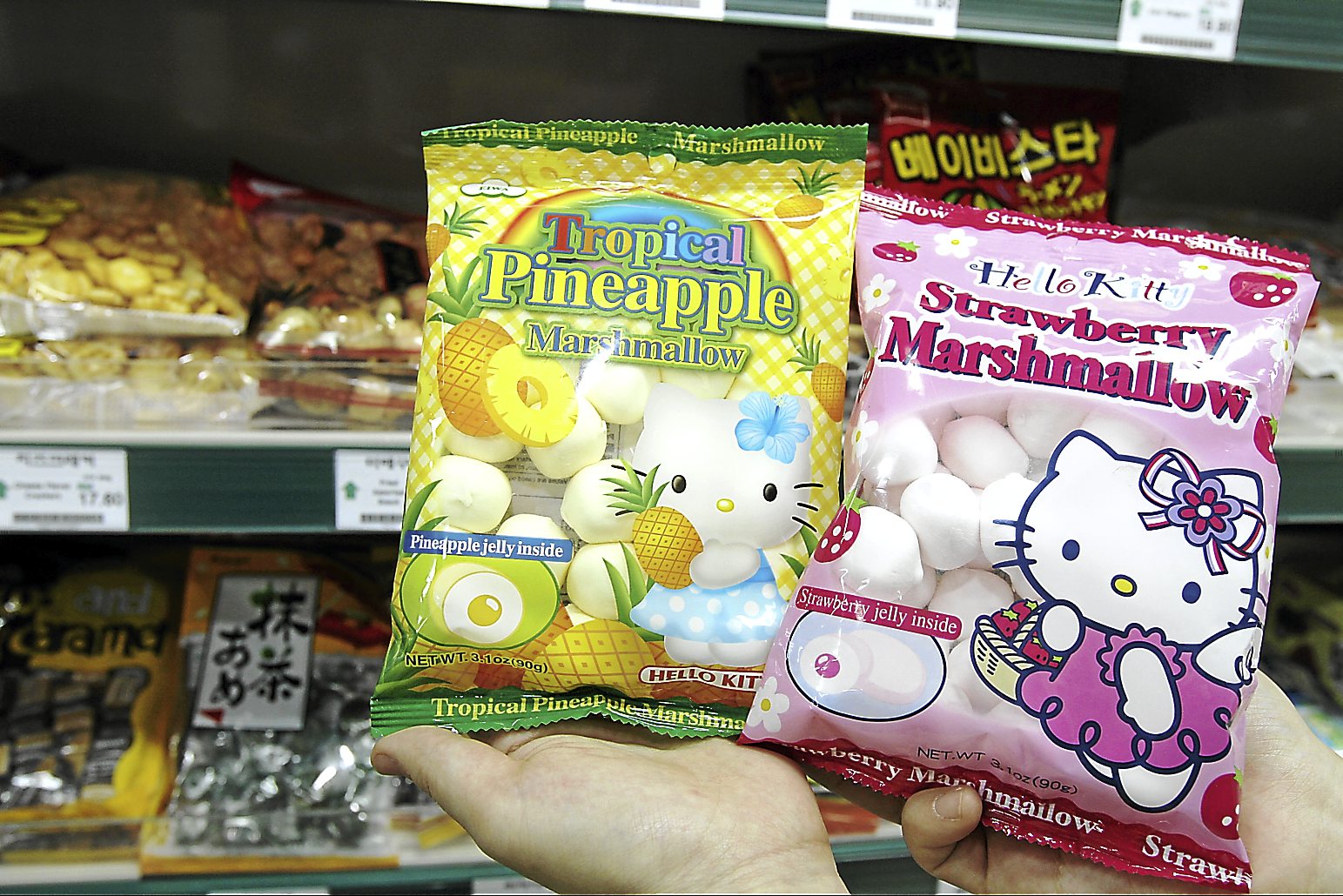 Sweet and attractive: Galaxy sells a variety of sweets and snacks such as these marshmallows which come in different flavours.

The store was doing well and Hwang said it was time to expand his business to Mon’t Kiara where the South Korean and international community were growing very fast.

There was an estimated 6,000 South Koreans in Malaysia in 2005, with the majority of them in Ampang.

Today, it is estimated that there are more than 20,000 South Koreans in Malaysia.

Besides businessmen and expatriates, students and those under the Malaysia My Second Home (MM2H) programme have resulted in a significant increase in the number of South Koreans in recent years.

Apart from Ampang, there are also many South Koreans staying in Mon’t Kiara and surrounding areas.

Hwang said the Galaxy Korean Mart Mon’t Kiara at Plaza Mon’t Kiara, which opened for business today, is expected to attract a large non-Korean customer base. 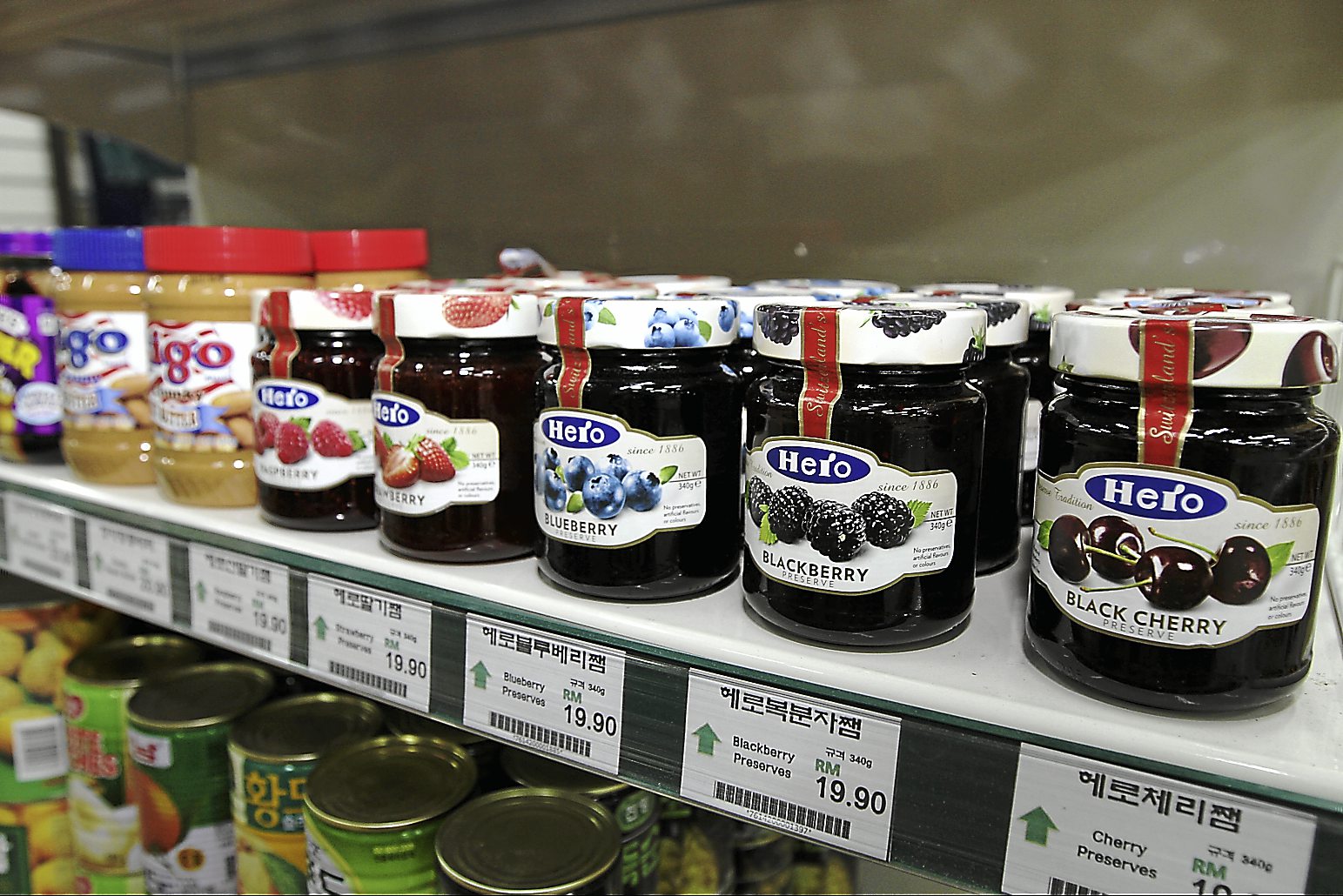 Something sweet: Foodstuff that are imported from countries like the United States or Germany, like jams, make up less than 10% of the products available at the store.

“Our customer base in the Mon’t Kiara outlet is expected to be 60% Koreans, 20% locals and the rest being Japanese and other nationalities.

“In our outlet in Ampang, Koreans comprise 85% of our customers, while the rest are locals and other nationalities,” he said in an interview at his new outlet in Mon’t Kiara recently.

Hwang said the two shops, with floor space of more than 4,000sq ft each, are believed to be the two largest Korean supermarkets in South-East Asia.

The store in Mon’t Kiara, stocked with over US$500,000 (RM1.6mil) in goods, would be a one-stop shopping centre for South Korean foodstuff and household goods, he added.

The difference is often in terms of taste and also shelf life, he added.

Asked about the projected growth for his business, Hwang said he was confident of doubling his customer base within the next three years.

“There is definitely a growing interest in and liking for Korean food among Malaysians in particular,” he said, attributing the trend to factors like South Korean dramas, K-pop and rapid globalisation.

He said the challenge was to make Korean cooking simple and easy for non-Koreans.

Asked about his business philosophy, Hwang said he firmly believed in turning a profit by providing high-quality goods and friendly services.

“We must provide value for money for our customers.”

Business, he added, was also about helping people.

Asked about the labelling of the products, which is all in Korean, and whether non-Koreans might have problems with cooking instructions, Hwang’s eldest daugther, Hwang Hyun-Ah, 26, said they were more than happy to introduce and explain Korean food to customers.

Having graduated with a finance and business degree from Troy University Alabama, in the United States earlier this year, Hyun-Ah is also her father’s business partner.

Hwang’s second daugther Hwang Sun-Ah, 23, recently graduated from Nottingham University’s Malaysia campus in Semenyih and is moving back to Seoul to work this month.

His son, Hoon Seub, 22, is currently studying information technology at the same university.

On the business front, Hwang said he has plans to expand his supermarket business to other states in Malaysia.

He said the plans include partnerships and franchising. He would also love to work together with locals to take the promotion of Korean food to a higher level.