The research firm in its company update downgraded the share to "market perform" given the recent strength in Uzma's share price, and maintained its target price at 67 sen.

Kenanga said the RM40mil contract win is reflective of the current rise in the groups activity levels and demonstrates its ability to continue winning jobs within the brownfield services space despite the current elevated oil prices.

"We continue to like UZMA for being a beneficiary of increased brownfield oil and gas activities, providing a wide range of services such as production enhancement and optimisation, as well as late-life operation and maintenance.

"However, given the recent rally in its share price, we believe these positives have been well priced in," it said.

It added that the contract is rather smallish in size – making up only about 2% of its current order book of about RM2bil, of which roughly half is derived from umbrella contracts.

Given the size of the contract, it made no changes to its FY23-24 earnings forecast as the job is deemed well within its job replenishment assumptions.

"We expect the job to fetch gross margins of 40-45% - in line with its historical average," said Kenanga..

The research firm added it is crucial for Uzma to successfully convert its current healthy order book into bottomline earnings to meet profit-growth expectations, which would result in another re-rating catalyst.

It said the duration of the contract is five years, effective January 2023 to 2028. 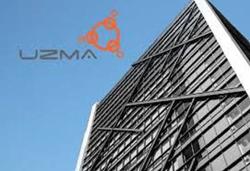