Before the switch, the site manufactured the petrol-powered Chevy Equinox.

Opening the retooled plant “is a major step to providing EVs at scale,” BrightDrop chief executive Travis Katz told Reuters prior to the event. He expects the facility to turn out 50,000 Zevo electric vans annually by 2025.

BrightDrop’s relationship with GM gives it manufacturing and financial clout that several of its rival EV startups lack, experts said.

“That allows us to go faster,” Katz said.

BrightDrop launched in 2021 and is forecast to reap its first US$1bil (RM4.38bil) in sales next year, said Katz, who added that it took Tesla Inc a decade to hit the same milestone.

BrightDrop previously made vans in a temporary factory in Michigan. It already has delivered 150 electric trucks to package carrier FedEx Corp.

Those companies and many others have set goals to replace petrol-burning delivery trucks and service vehicles with zero-emissions alternatives over time. 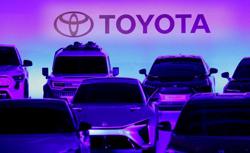