A handout shows a scene of the webtoon ‘Hellbound’ that was adapted to a popular new Netflix series "Hellbound'. Choi Gyuseok/Handout via REUTERS

SEOUL: Following the success of K-pop bands like BTS and dramas like Squid Game, one fund manager is betting that “webtoons” will be the next South Korean cultural phenomenon to take the world by storm.

GVA Asset Management Co, which manages about US$600mil (RM2.2bil) in assets, believes Americans and Europeans will soon catch onto South Korea’s online comics, following the lead of at home and in Japan.

“Right now there are great opportunities in the webtoon market,” Park Jihong, the firm’s chief executive, said in an interview in Seoul. “Although there are not many listed companies to invest in, we are focusing on non-listed companies with attractive valuations.”

Park sees webtoons following the same path, with Kenaz becoming a leader in the way that SM Entertainment Co and Hybe Co have helped drive the popularity of K-pop.

Saudi Arabia’s wealth fund and Singapore’s GIC Pte are in talks to invest in Kakao Entertainment Corp, which plans to go public next year, according to a recent Maeil business newspaper report. GIC also invested this year in unlisted webtoon firm Ridi.

The market is still small, but it’s growing quickly. Sales of webtoons in South Korea reached about US$800mil (RM3.5bil) in 2020, up from less than US$300mil (RM1.3bil) in 2017, according to a report last year from the Korea Creative Content Agency.

While it may be too soon to say whether webtoons will produce a hit as big as BTS or Squid Game, online comics are getting increasingly noticed by consumers and media, according to Tiffany Tam, an analyst with Bloomberg Intelligence.

“It is quite popular with Gen-Z and streaming platforms are taking note of adopting webtoons into TV shows or movies,” she said. — Bloomberg 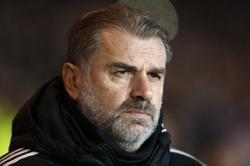