China's economic activity will likely continue to weaken in December and the first quarter of next year, an economist says, adding a reopening fuelled rebound seems set for the second half of 2023. – AFP

The official manufacturing purchasing managers index (PMI) fell to 48 this month, the National Bureau of Statistics (NBS) said yesterday, the lowest reading since April and worse than an estimate of 49 in a Bloomberg survey of economists.

The non-manufacturing index, which measures activity in the construction and services sectors, declined to 46.7 from 48.7 in October, also lower than the consensus estimate of 48.

A reading below 50 indicates contraction, while anything above suggests expansion.

The economy is suffering increasing damage from tightened virus controls as Covid outbreaks spread in every province.

Major cities like Guangzhou and Beijing have imposed new restrictions in recent weeks to limit movements, and the stringent measures even sparked protests in several cities.

Economic activity will likely continue to weaken in December and the first quarter of next year, according to Zhang Zhiwei, chief economist at Pinpoint Asset Management Ltd, adding that a reopening-fuelled rebound seems set for the second half of 2023.

“At this early stage of reopening, more cities face rising number of Covid patients,” he said.

“These cities have to impose restrictions to ‘flatten the curve.’ The economic cost is inevitable.”

China’s benchmark CSI 300 Index of stocks opened 0.3% lower when the data was released, but then quickly erased that loss to rise 0.3% as of 9:46am local time.

Manufacturing PMI gauges measuring output, new orders, raw material inventories and employment all contracted in November at a faster pace than the month before.

“In November, Covid outbreaks brought negative impact to some firms’ production and operation. Production activity slowed, and product orders declined,” Zhao Qinghe, a senior statistician at the NBS, said in a statement.Road and subway traffic in big cities including Beijing plummeted in the past week, as public venues were closed and residents reduced their time outside the home.

About a quarter of China’s total gross domestic product is affected by lockdowns, according to a recent estimate from Nomura Holdings Inc.

That was higher than the firm’s previous peak recording of 21% in April, when the whole of Shanghai was shut down to curb Covid cases.

While the government has taken steps to help the economy recently – including lowering the amount of cash banks must hold in reserves and offering financing support to property developers – the policies aren’t likely to be enough to shore up household and business confidence.

Bloomberg Economics downgraded its gross domestic product (GDP) growth forecast for this year to 3% from 3.5%, and trimmed next year’s projection to 5.1% from 5.7%.

The International Monetary Fund (IMF), meanwhile, said Tuesday it may have to trim its forecast for China’s growth because of Covid restrictions and property sector turmoil.

Several economists say the central bank could provide more stimulus in the coming months as the global outlook makes it somewhat more favourable for China to ease monetary policy.

He sees China’s economy as likely to return to a potential growth rate of over 5% “no earlier” than the second quarter of next year, assuming less disruptions from Covid outbreaks and curbs.

“Fortunately, the authorities are sending signals of a more pragmatic attitude toward the economic roadmap, Covid policy and geopolitical relationships, all of which will help to deliver a gradual economic recovery for China,” he added. — Bloomberg 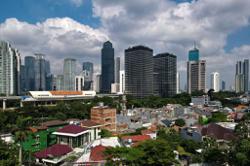 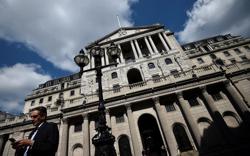