The Ericsson report says 5G subscriptions in the region are projected to reach almost 30 million in 2022 and around 620 million by the end of 2028. — Reuters

KUALA LUMPUR: The 5G network will become the leading technology in South-East Asia (SEA) by 2028 with a penetration rate of 48%, according to Ericsson Mobility Report.

Head of Ericsson Malaysia, Sri Lanka and Bangladesh, David Hagerbro said the rapid rollout of the 5G network by Digital Nasional Bhd in Malaysia would accelerate the country’s journey towards becoming digital economy and a 5G leader in the region.

The report said most major service providers are expected to launch commercial 5G services by the end of 2028 in SEA and Oceania.

According to the report, about 110 million subscriptions were added globally between July 2022 to September 2022, bringing the total to about 870 million.

“5G is still expected to reach one billion subscriptions by the end of this year, two years faster than 4G did, following its launch.

“The statistic reinforces 5G as the fastest-scaling mobile connectivity generation. Key drivers include the timely availability of devices from multiple vendors with prices falling faster than for 4G and China’s large early 5G deployments,” it said.

The report said in that same timeframe, 5G population coverage is projected to reach 85% while 5G networks are expected to carry around 70% of mobile traffic and account for all contemporary traffic growth.

Additionally, it said global fixed wireless access (FWA) connections are forecast to grow at 19% year-on-year through 2022-2028 and top 300 million connections by the end of 2028 driven by accelerated FWA plans in India and expected growth in other emerging markets. 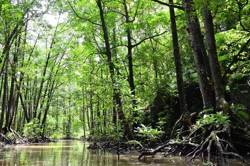