Shares of Shimao, a mid-sized developer, surged in Shanghai by their daily upward limit, or 9.9%, yesterday after the developer made the announcement in a filing late on Tuesday.

The fundraising target would not exceed 30% of the current capital base, Shimao said.

The Chinese securities regulator on Monday lifted a ban on fundraising via equity offerings for listed property companies.

Beijing has in recent weeks stepped up support for the industry to loosen a liquidity squeeze that has stifled the sector, a business that accounts for a quarter of the Chinese economy and has been a key driver of growth.

China had suspended refinancing by listed property firms in August 2009 as part of its attempts to control surging home prices.

Regulators briefly lifted the suspension by granting approval to refinancing requests by a selection of property firms starting from 2013, but reimposed restrictions in 2016 to curb housing prices.

In its filing, Shimao said it aims to raise funds from 35 investors by a private placement of shares to “improve capital structure, ease liquidity difficulty and stabilise financial conditions”.

The fundraising target will not exceed 30% of the current capital base, it said.

Shimao said the proceeds from the share sale would be used to ensure it could hand over properties to buyers and to repay some debts and replenish working capital.

Many cash-strapped Chinese developers have defaulted on debt obligations and have halted construction.

Recent Beijing policies have sent a clear message that regulators will support “good quality” companies, as well as making sure of the delivery of houses, said Renyuan Zhang, a credit analyst with S&P Ratings in a research note.“The policies will help restore confidence in the market, but investors should pay attention to how and when they will be implemented and in what scope,” he said, adding not all of the property developers will benefit from support measures.

Underscoring the continued uncertainty in the sector, Sunac Holdings issued a profit warning late on Tuesday, with the developer expecting profit for last year to plunge by around 207%.

A gauge tracking the sector slipped by 1.9% by mid morning in Hong Kong. — Reuters 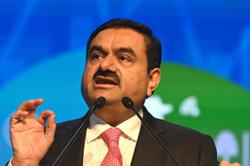 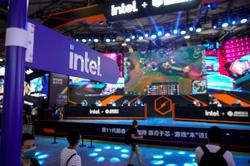