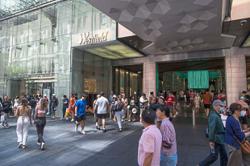 A man walks past the RBA in Sydney. — AP

SYDNEY: Australian inflation slowed in October as prices for fruit and vegetables fell sharply and holidays costs took a surprise dip, an unexpected turn that could mean interest rates will not have to rise as far as some expected.

Data from the Australian Bureau of Statistics on Wednesday showed its monthly consumer price index (CPI) had risen 6.9% in the year to October, slowing from 7.3% in September.

That was shock to analysts, who had looked for a rise to 7.4% or higher in October, and was a possible hint that inflation might be peaking.

Indeed, a closely watched measure of core inflation, the trimmed mean, rose a relatively muted 0.3% in October from the previous month, the smallest increase since November last year.

Annual growth in the trimmed mean slowed to 5.3% in October, from 5.4%, again a surprise to analysts, who had looked for an increase to around 5.7%.

This would be a pleasant surprise for the Reserve Bank of Australia (RBA), which has had to lift interest rates by 275 basis points to a nine-year high of 2.85% in an effort to contain inflation.

The RBA has expected consumer price inflation would peak at about 8% this quarter, but now that might be too pessimistic.

Markets are still wagering the RBA will raise its cash rate by another 25 basis points at its December policy meeting next week. Yet they also trimmed the expected peak for interest rates to 3.65%, from 3.72% before the CPI release and as much as 4.20% last month.

Wednesday's data showed inflation in October had been dragged down by a 6.3% drop in fruit and vegetable prices from September as growing conditions improved, though recent flooding could see prices climb again towards the end of the year.

Costs for holidays and travel also fell in October, by 6.4%, with the ABS saying airfare prices had eased as school holidays came to an end and demand slackened for travel abroad.

This new, monthly series contains only about two-thirds of the price data used in the ABS's traditional quarterly CPI, so there is a risk of the inflation outcome for the entire October-December quarter being much higher.

In particular, the October release does not include utility costs, which are likely to jump this quarter due to rising electricity and gas prices.

" We wouldn't read too much into the drop in the Monthly CPI Indicator in October because the figures don't cover the entire CPI basket," said Marcel Thieliant, a senior economist at Capital Economics.

"Nonetheless, the figures do suggest that inflation is about to peak." - Reuters 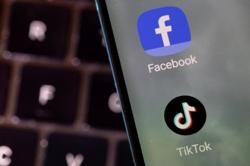