is expected to post growth in earnings in the fourth quarter of its financial year 2022 (4Q22) after a key customer resumed operations, according to TA Research.

CJ Century’s total logistics services (TLS) segment saw revenue dip by 5% quarter-on-quarter (q-o-q) due to normalisation in container freight rates, which marginally affected its freight revenue, and a temporary plant shutdown by one of the company’s key customers in the 3Q22.

With the resumption of plant operations by the key customer in 4Q, TA Research expects CJ Century to report earnings growth in 4Q.

CJ Century’s procurement logistics services (PLS) segment reported a 19.6% q-o-q decline in revenue in the 3Q22 due to seasonal factors as exports of air conditioners to Vietnam tend to slow in the second half of the year.

For the nine months of the financial year 2022 (9M22), CJ Century reported a core profit after tax and minority interest (patami) of RM23.1mil, according to MIDF Research.

MIDF Research noted the RM23.1mil core patami, which almost doubled from last year’s comparative period, was within expectations as it made up 75% of the research house’s and consensus’ estimates.

“Higher overall volumes handled by the TLS segment were in tandem with the reopening of economies,” MIDF Research said.

According to MIDF Research, CJ Century’s PLS segment experienced a temporary disruption as its China-based suppliers were impacted by lockdowns in the 1Q22, which had eased by the end of the 2Q22.

“The export volumes remained relatively strong in 3Q22, despite it typically being a low volume season,” MIDF Research added.

Looking ahead to 2023, TA Research expects the reopening of China’s economy to be one of the drivers to mitigate recessionary risks in Europe and the United States.

MIDF Research made no changes to its earnings estimates for CJ Century as its results were in line with its expectations.

“We like CJ Century due to its positive synergy with CJ Korea Express Malaysia which it acquired in 2020.

“We believe the recent divestment of its loss-making courier business will allow it to refocus its resources on its core competencies,” said MIDF Research.

TA Research has also maintained its “buy” call with a TP of 95 sen and made no changes to its earnings projections for the company. 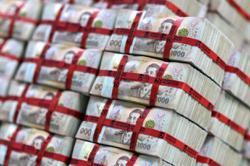 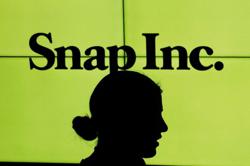