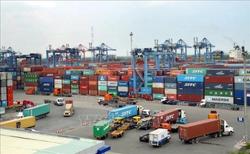 While cooperatives were identified, together with enterprises, as the core force for agricultural production, quality remained below expectations, says Pham Thi Thu Hien, director of the Plant Phytosanitary Centre 2. — AFP

Nguyen Trung Dong, principal of the College of Management for Agriculture and Rural Development, said that the export market for agricultural products was expanding.

China this year officially opened its doors for five products of Vietnam. However, high standards were set to ensure quality. While cooperatives were identified, together with enterprises, as the core force for agricultural production, the production quality remained below expectations, he said.

Ho Duc Minh, director of Van Xuan Phat Import-Export Company – one of 25 packers granted codes to officially export durian to China – said that farmers played an important role in the supply chain. However, many of them did not pay attention to ensuring product quality.

Ngo Tuong Vy, deputy director of fruit export company Chanh Thu, said that there was a lack of uniformity in product quality as farmers and cooperatives did not cooperate with each other to follow certain standards.

Bui Ba Bong, former deputy minister of agriculture and rural development, said that the agricultural sector was aiming to build production areas in which every participant was held accountable and managed with transparency. Only when the linkage between cooperatives and enterprises was enhanced, could Vietnam’s agricultural products move forwards and ensure sustainability.

According to Pham Thi Thu Hien, director of the Plant Phytosanitary Centre 2, many markets requested that the growing areas and packing facilities of exporting countries be put under close monitoring with codes issued periodically.

Growing areas and packing facilities needed to comply with the requirements of each market, which would differ among products, and even between the same product she said.

Hien said that the issuance of codes for planting areas and packaging facilities was mainly for fruit but not for products with large export volumes such as rice, tea, pepper and coffee.

There were still instances of fraud in the use of growing area codes, which was affecting the prestige of Vietnamese products, she said, adding that enterprises should work closely with farmers to develop the growing areas and protect the codes, as well as improve product quality.

Le Thanh Hoa, deputy director of the Agro Processing and Market Development Authority, said that besides following standards like VietGap and GlobalGap in harmony with the requirements of import markets, cooperatives needed to make plans for production and processing in line with investment in equipment to produce products with high quality.