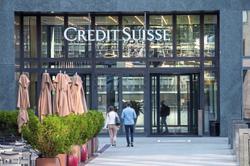 Credibility crisis: A Christmas tree is decorated in front of Credit Suisse headquarters in Zurich. Wealth management clients have pulled 10% of the assets the bank managed at the end of the third quarter, equivalent to about US$67bil (RM305.5bil). — Reuters

CREDIT Suisse Group AG cleared one hurdle in its last-ditch radical overhaul after shareholders backed its plan on Wednesday to raise US$4bil (RM18.2bil) in equity funding in a two-part stock sale. But the trading statement from the Swiss bank ahead of the vote showed just how desperate is its fight for survival.

The bank’s core wealth business – the heart of chairman Axel Lehmann’s rebuilding blueprint – is suffering a crisis of credibility among clients at a time when an elite private bank ought to be revelling in its role as a trusted shepherd in treacherous markets. Credit Suisse instead has suffered monster outflows.

Since a social media-driven panic in early October over Credit Suisse’s viability, wealth management clients have pulled 10% of the assets the bank managed at the end of the third quarter, equivalent to about US$67bil (RM305.5bil). That is a massive number: The whole third quarter saw outflows of more than US$6.5bil (RM29.6bil), equal to its worst quarter for outflows over the past five years. (That matched the second quarter of 2021 after the Archegos disaster hit the headlines.)

The loss of assets in October was more than double the US$31bil (RM141.4bil) of inflows from clients in 2018, the strongest full year under its current reporting structure.

Credit Suisse suffered huge outflows from Wealth Management in October. For the group as a whole, the outflows are larger, equivalent to 6% of total assets under management, or about US$88bil (RM395.56bil), but the lion’s share is in the wealth business from clients outside of Switzerland. This really stands out as a Credit Suisse problem when compared with the recent experience of rivals, particularly in Asia.

Credit Suisse looks to have a credibility deficit with its own bankers in the region as much as with its clients. It has seen a stream of senior private bankers leave and has begun a hefty round of job cuts. This was the business that Tidjane Thiam, the chief executive before last, promised to make the key to growth.

UBS AG offers the most telling comparison. Rich Asian clients tend to be hungry for risk, their bets on stocks and currencies turbocharged with borrowed money. That behaviour has been vanishing in this year’s volatile markets. But for UBS, a dramatic drop in this kind of trading was replaced in the third quarter by clients giving more money to the bank to manage on their behalf under advisory mandates.

In Asia, UBS had its second-best quarter for net new fee generating assets in the past three years. All these outflows at Credit Suisse create another strain: The bank has to come up with the cash to fund withdrawals.

Repaying deposits eats into the central bank reserves, government bonds and other cash-like securities that modern banks must hold to meet post-2008 regulations. These bonds and cash make up the liquidity coverage ratio – a measure of liquid assets compared with the deposit outflows a bank expects over 30 days of stressed financial conditions.

For Credit Suisse, that ratio was comfortably at 190% to 200% most of this year, meaning it had double what it should need. Since the start of October, that has dropped to as low as 120%. The bank said Wednesday that outflows have slowed and its liquidity levels had stabilised, which is reassuring up to a point. Approval for its capital raising and a recent costly bond sale help to shore up the balance sheet. But the shares still dropped as much as 6% on Wednesday to an all-time low – the stock is down 60% from its high of the past 12 months.

All this adds up to a very bad year for Credit Suisse, incredibly it will likely be even worse than the last one. Its wealth business will post a loss in the fourth quarter, guaranteeing a full-year loss for that unit for the first time in as far back as Bloomberg data go, which is nearly two decades.

Obviously, there is also going to be another big loss in investment banking and trading, which are being put through the most radical refit. Shareholders overwhelmingly approved the capital raise led by new investors including Saudi National Bank.

Lehmann said the vote “confirms confidence in the strategy.” That’s a stretch to say the least: Investors really had no choice, as we wrote before. Lehmann is promising to build a new Credit Suisse. He needs to get building quickly, the foundations are threatening to crumble beneath him. — Bloomberg

Paul J. Davies is a Bloomberg Opinion columnist covering banking and finance. The views expressed here are the writer’s own. 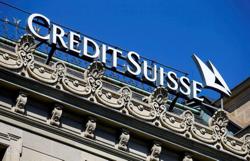