KUALA LUMPUR: Stocks in focus on Wednesday include Dutch Lady

Maybulk has cancelled its plan to diversify into the grocery retail business.

announced that its proposed scheme of arrangement has been approved by the majority of its creditors.

Meanwhile, Apex said the FBM KLCI could climb towards the resistance of 1,462 points following the rebound on Wall Street.

The US market rallied overnight after a lower-than-expected producer price index suggests inflation has peaked.

Similarly, European stocks advanced after slower US inflation could prompt the US Federal Reserve to ease interest rate hikes. 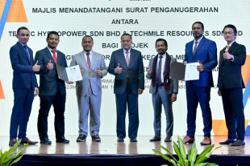